SAN FRANCISCO (AP) — Kevin Pillar drove in four runs for the second straight game, Evan Longoria broke out of a long slump with... 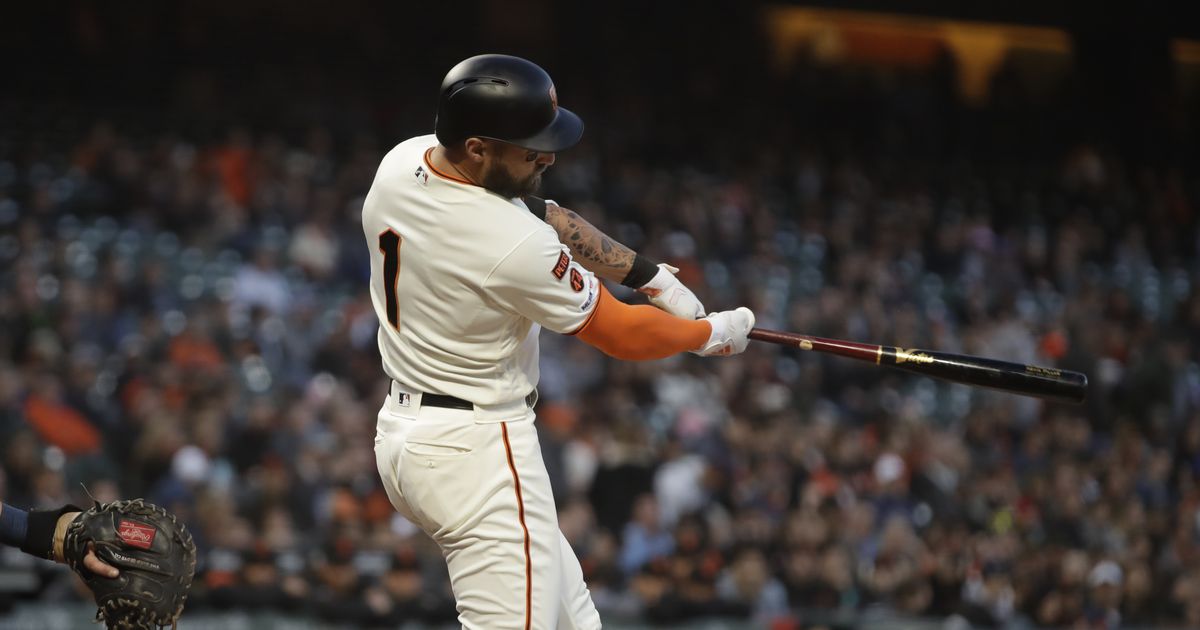 SAN FRANCISCO (AP) — Kevin Pillar drove in four runs for the second straight game, Evan Longoria broke out of a long slump with an RBI single and the San Francisco Giants beat the San Diego Padres 7-2 on Tuesday night.

The Giants set a season high for runs, one night after blowing a five-run lead with ace Madison Bumgarner on the mound.

Gerardo Parra doubled and scored twice in his return to the lineup after getting hit in the face by a 93 mph fastball that ricocheted off his shoulder in the series opener Monday. Yangervis Solarte and Tyler Austin also knocked in runs to help the Giants (4-8) avoid their worst start through 12 games in the San Francisco era.

Manny Machado walked twice for the Padres. San Diego got two hits and a walk in the first inning but had two runners thrown out and couldn’t recover.

Padres starter Joey Lucchesi (2-1) went into the game as one of two NL pitchers who hadn’t allowed a run in 10 innings this season. Lucchesi ran his streak to 11 with a 1-2-3 first before the Giants scored six in the second.

Pillar, who hit a grand slam Monday, smacked a three-run double in the second and scored on Austin’s RBI single, then added a sacrifice fly in the fourth. The newcomer from Toronto became the first Giants player with at least four RBIs in back-to-back games since home run king Barry Bonds did it April 2-3, 2002.

Renfroe homered off Holland with one out in the seventh.

Padres: LHP Jose Castillo has yet to resume throwing but his recovery from a left flexor strain is going as well as possible, according to manager Andy Green. Castillo is traveling with the club as he rehabs. . 1B Eric Hosmer was rested.

Giants: Parra made a quick return to the lineup, one day after his lip was cut when he was struck by a fastball from Brad Wieck. Parra contemplated getting stitches but declined.

San Diego LHP Nick Margevicius (0-1, 1.80 ERA) takes a third shot at earning his first win in the majors in the series finale Wednesday. Margevicius has pitched five innings in each of his previous two starts. San Francisco counters with RHP Dereck Rodriguez (1-1, 5.23), who has one win in three career starts against the Padres.