The rising of the East End: How 1980s boom-time London sparked transformation of The City with old Thames docklands giving birth to a metropolis...

The rising of the East End: How 1980s boom-time London sparked transformation of The City with old Thames docklands giving birth to a metropolis

By Darren Boyle for MailOnline

The transformation of London’s East End from desolate docklands to a today’s bustling cityscape full of trendy eateries, shops and flats is revealed in incredible then-and-now images.

The area’s regeneration , kick-started in the capital’s 1980s boom, is most strikingly clear in Bishopsgate that was little more than a building site in 1988, compared with today’s looming towers and coffee shops.

Canary Wharf today stands as a gleaming metropolis of skyscrapers after it rose from London’s former docklands after the £2.6bn building project began in 1988.

Photographer Tim Brown captured photographs across the East End while working as a tube driver on the Central Line over the course of 13 years.

The book, which is edited by Chris Dorley-Brown is the fifth in a series ‘Vintage Britain’ published by Hoxton Mini Press.

Mr Brown took the photographs around the Docklands and wider East End area on a 35mm film camera after completing his shifts with London Underground.

Among the images captured are some of the last remaining bombed-out ruins before they were redeveloped, pubs which have since closed, and even the area around Canary Wharf at the beginning of the construction job. 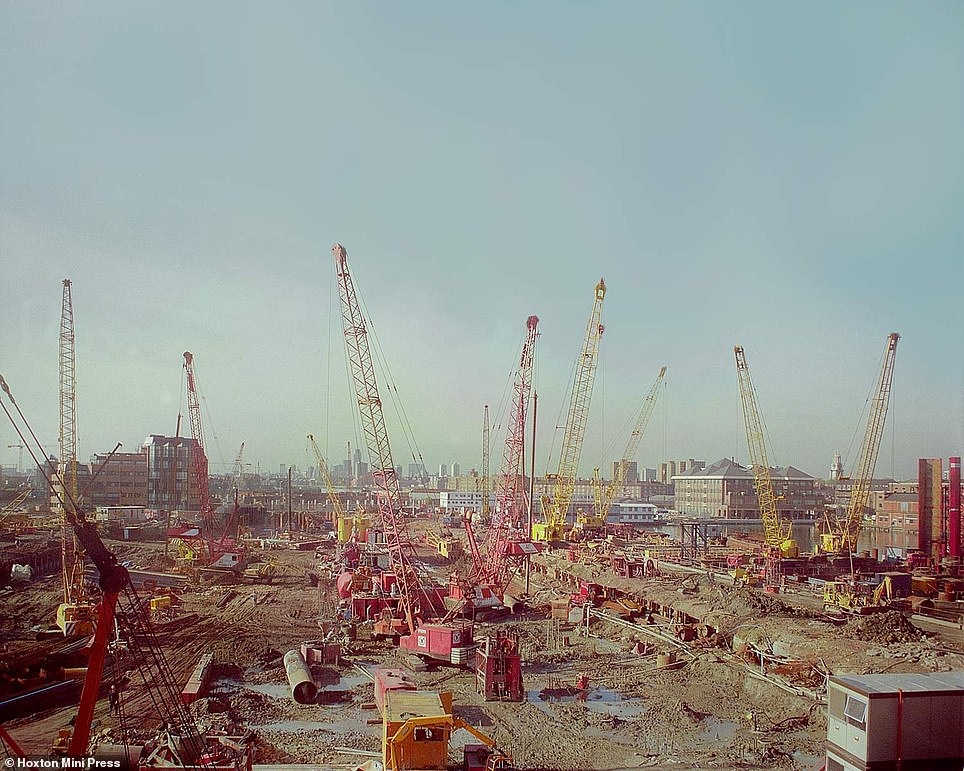 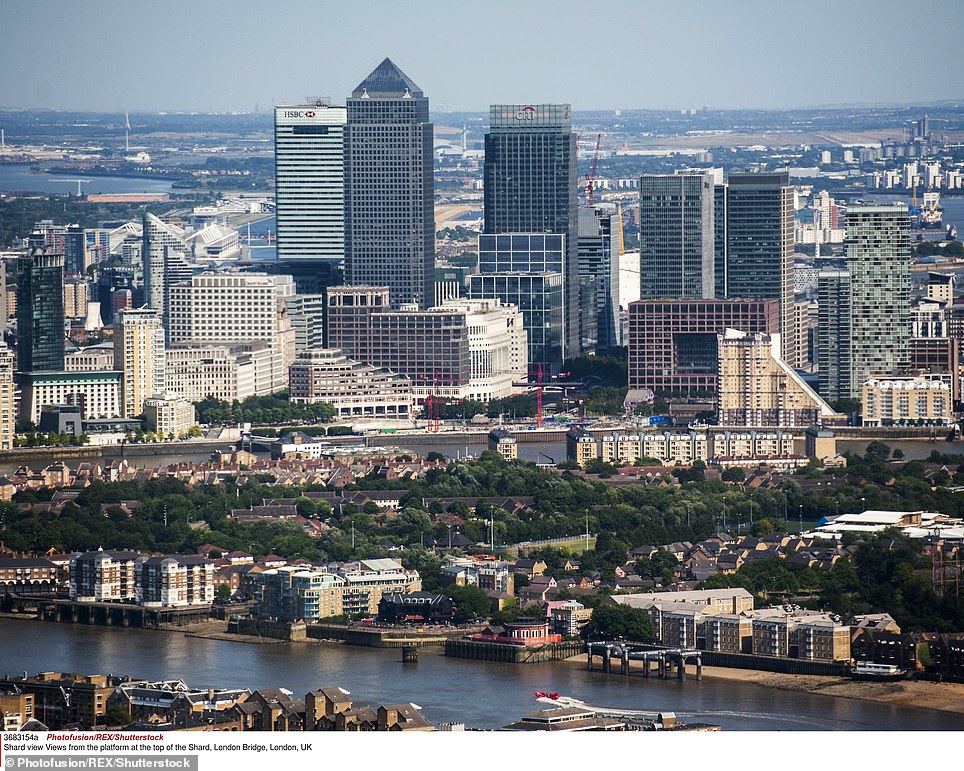 On the Isle of Dogs, Canary Wharf was one of Europe’s biggest building sites in 1988, where as today it is home to thousands of finance workers, lawyers high tech companies. Before Canary Wharf became the the epicentre of Europe’s financial industry, with its towering skyscrapers, it was home to communities living cheek by jowl in post-war Britain. Major regeneration through the 1980s changed the face of the ‘island’, making it a totem of Thatcher’s neo-liberal Britain, ushering in an era of luxury housing at the expense of the local communities forged over decades 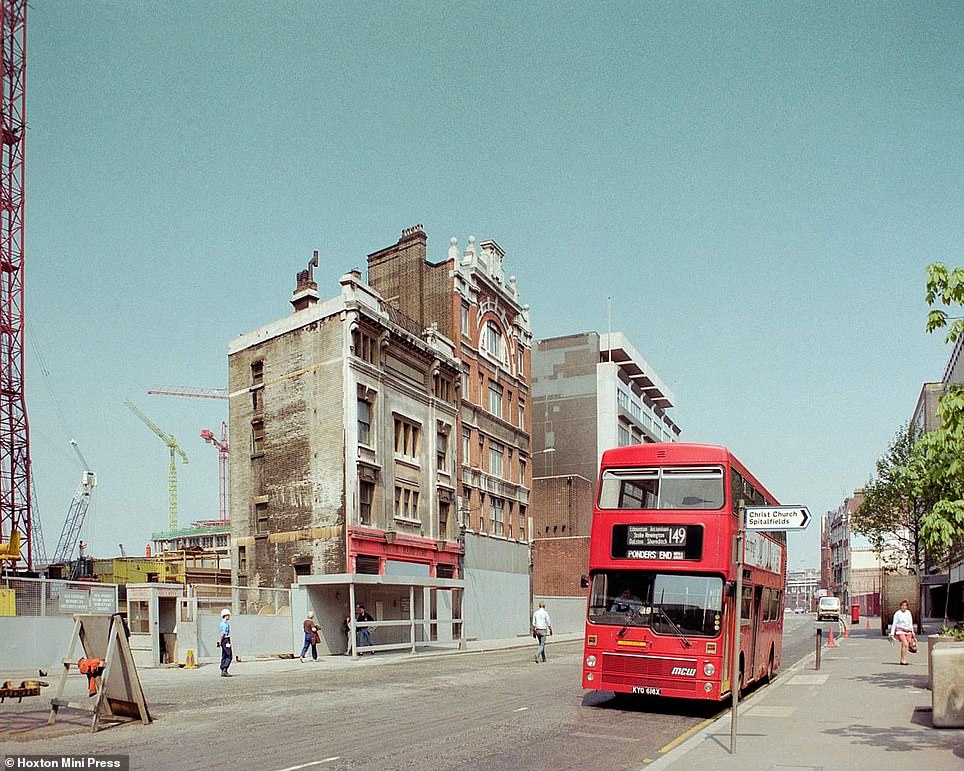 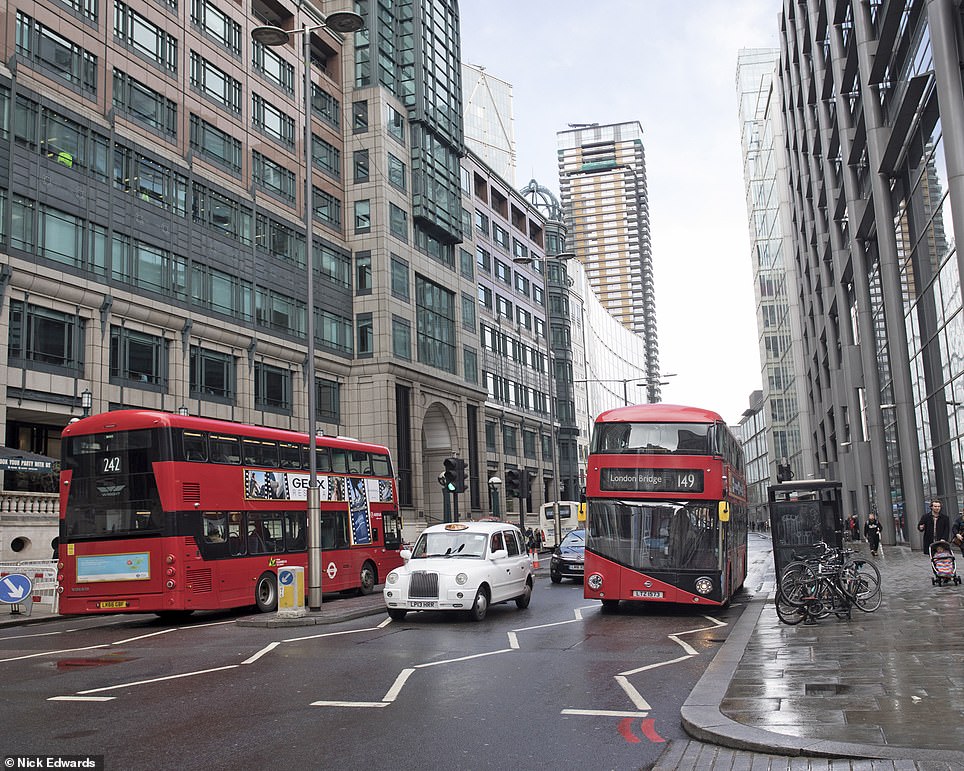 Bishopsgate, pictured left in 1988 and right in the present day, has been transformed beyond all recognition. The century-old businesses along the street front made of brick and stone were demolished and replaced by glass-clad towers. The pictures chart East London as it entered what was to be an extraordinary decade of transformation. These days the city is now home to the Gerkin (30 St Mary Axe), the NatWest Tower (Tower 42), the Walkie Talkie (20 Fenchurch Street), Scalpel (52 Lime Street), Cheesegrater (Leadenhall Building) and Heron Tower (100 Bishopgate) which have turned the skyline into a more congested sight. And it is set to become even busier, with the construction of 22 Bishopsgate, which will be the City’s tallest building at 912ft (278m) when finished – but shorter than The Shard, which stands at 1,016ft (309m) 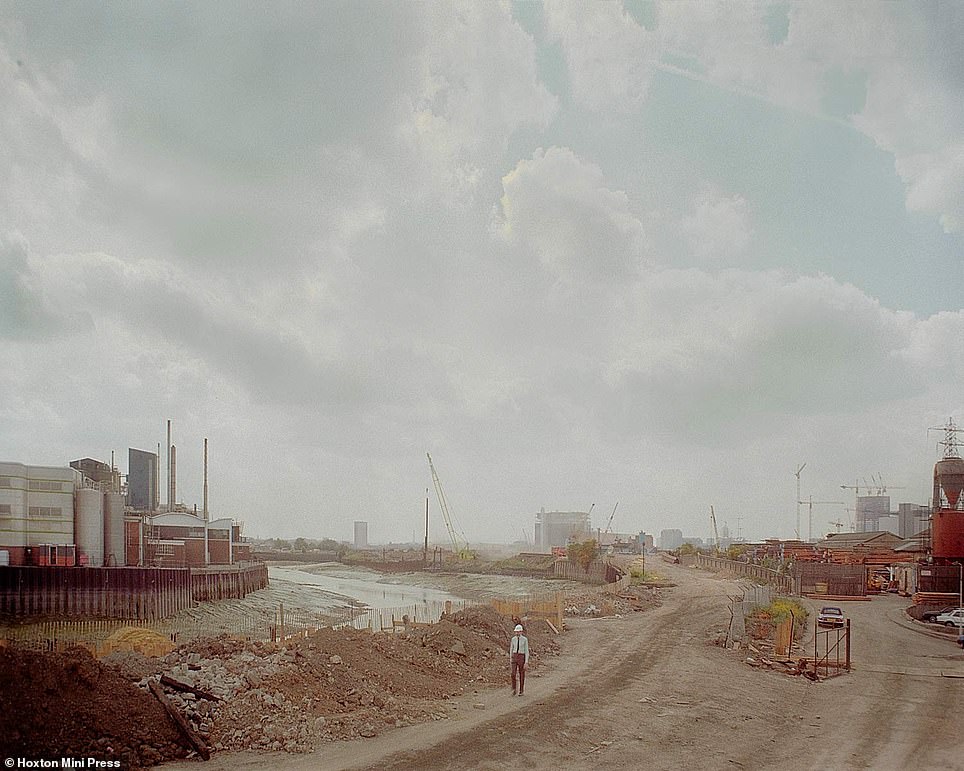 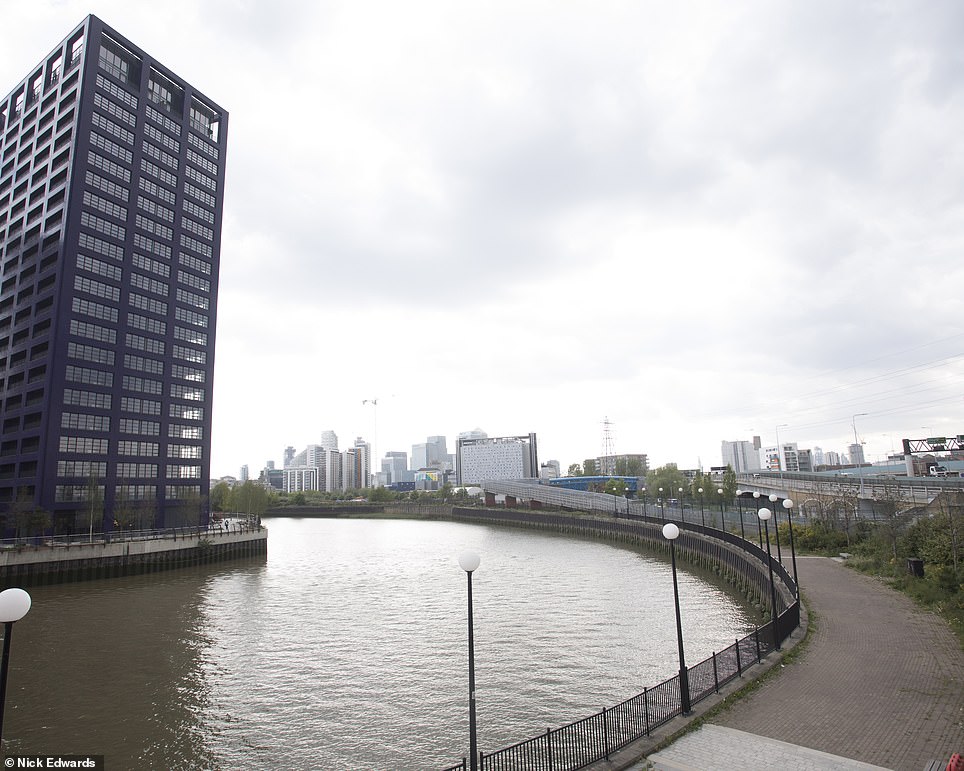 It is the area around the Docklands which underwent the most dramatic transformation with this image of Bow Creek and Leamouth Peninsula taken in 1990 compared with the present day, right. Focusing on the Docklands and the further reaches of the East End, Mr Brown took these pictures on 35mm film between shifts of driving trains on London Underground’s Central Line 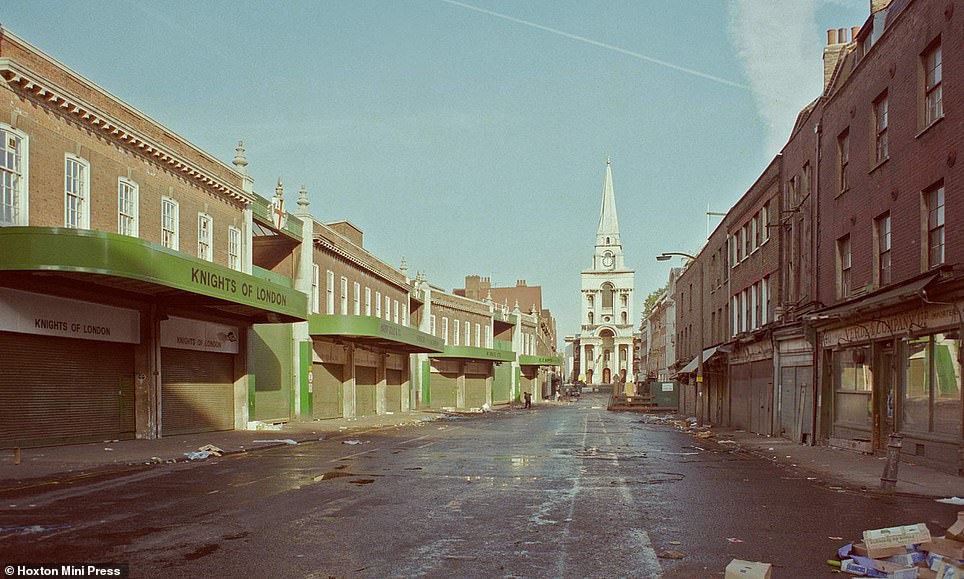 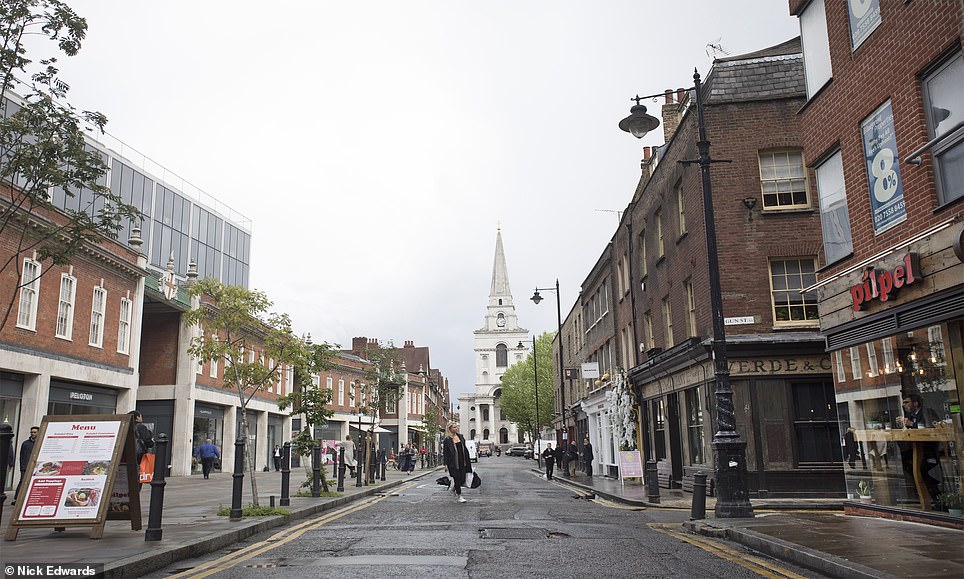 The Spitalfields Market, pictured in 1988, left, and today, right, has been radically transformed into a massive shopping, tourism and leisure destination. The first market in Spitalfields was established in the late 1600s, although the listed market building was built in the 19th century 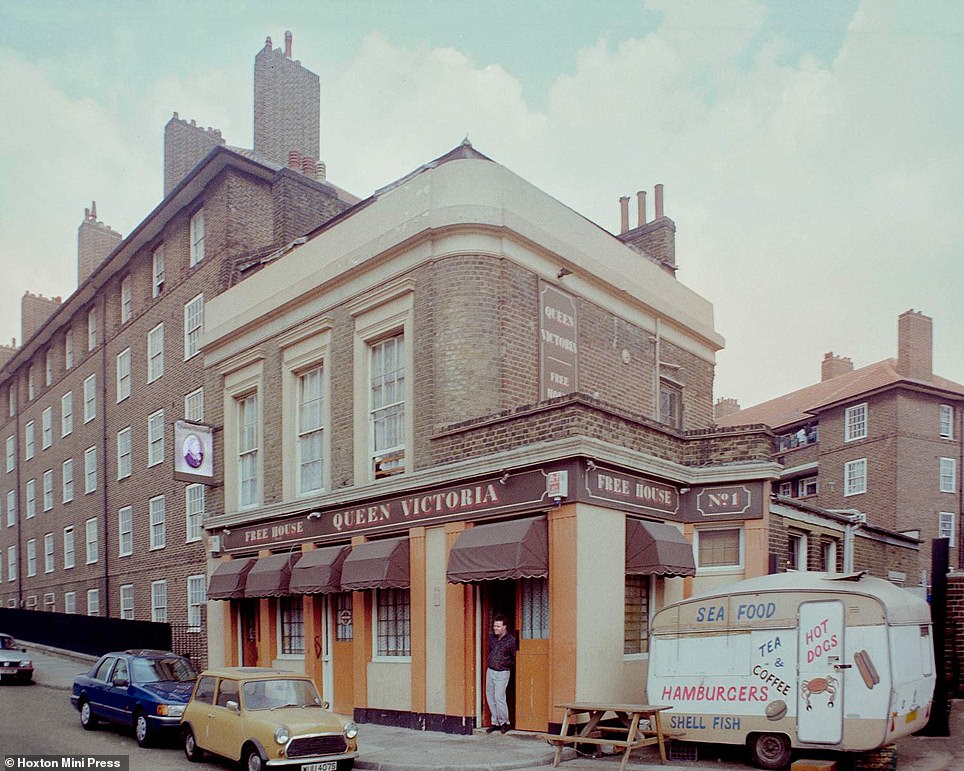 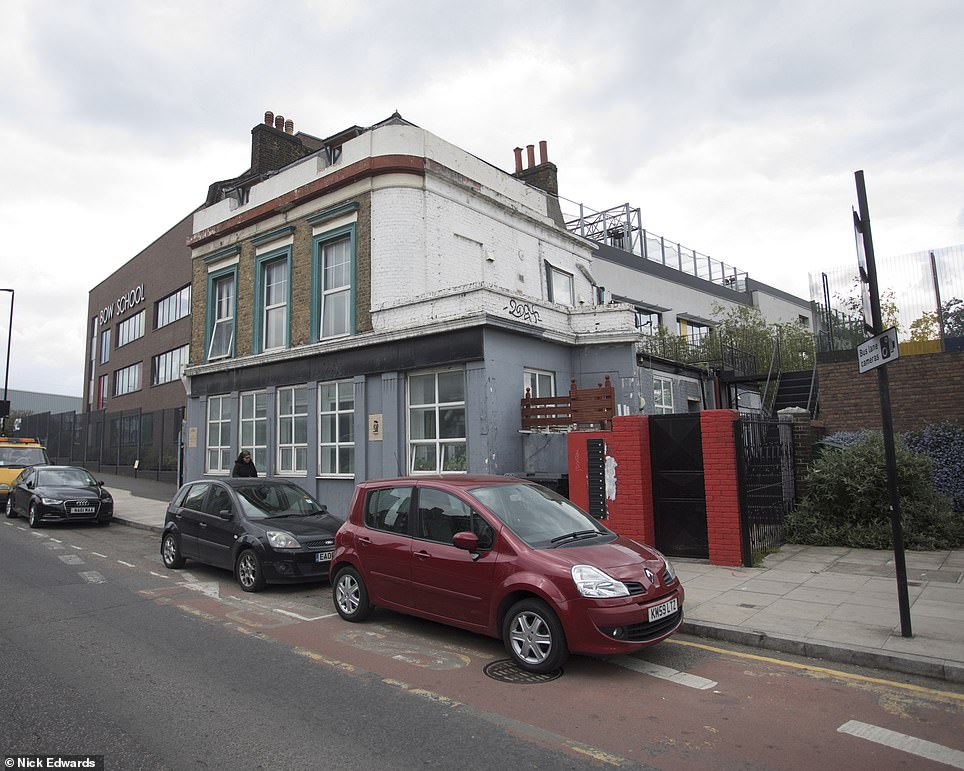 The Queen Victoria pub on Gillender Street, pictured left in 1990 and right in the present day. The pub, which was a traditional ‘knees-up East End boozer’, has long-since closed down and converted into flats. A school has been built around the former pub 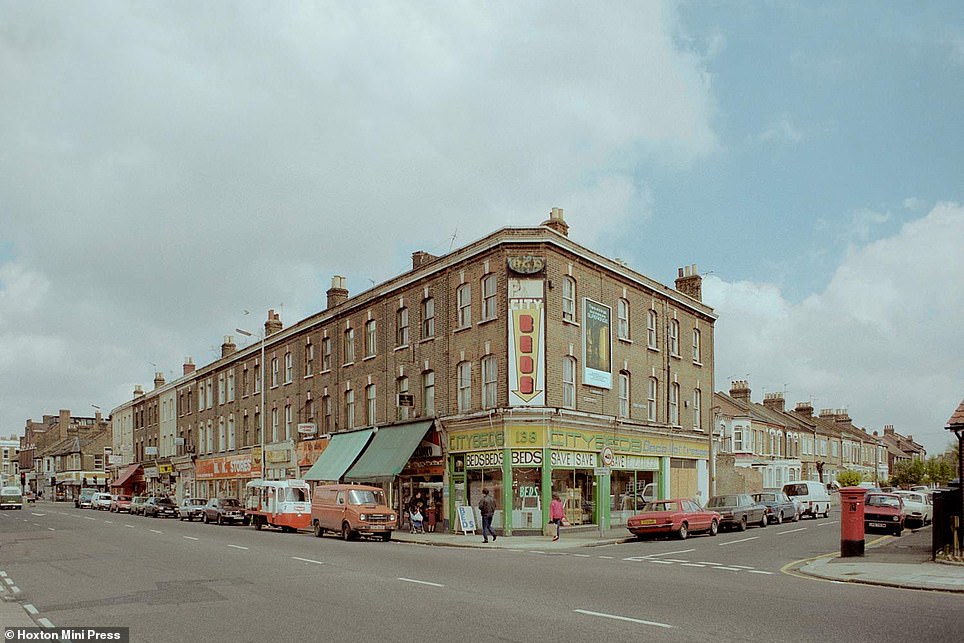 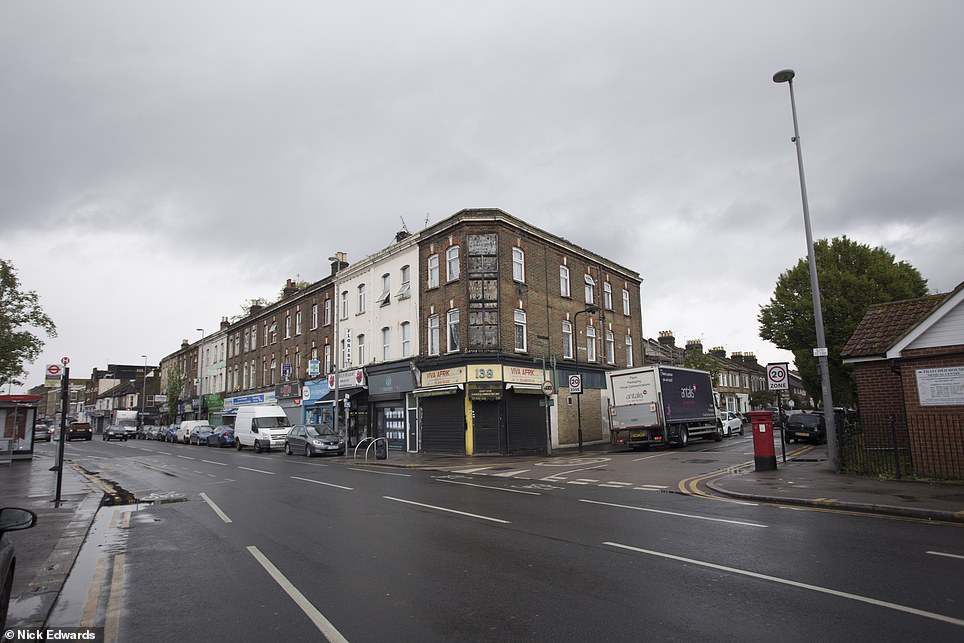 Leytonstone High Road, pictured, has not really changed much between the first photograph, left, taken in 1988 and the modern image on the right. Although the eagle-eyed will notice the introduction of speed ramps, cycle lanes and a 20mph zone leading off from the main road 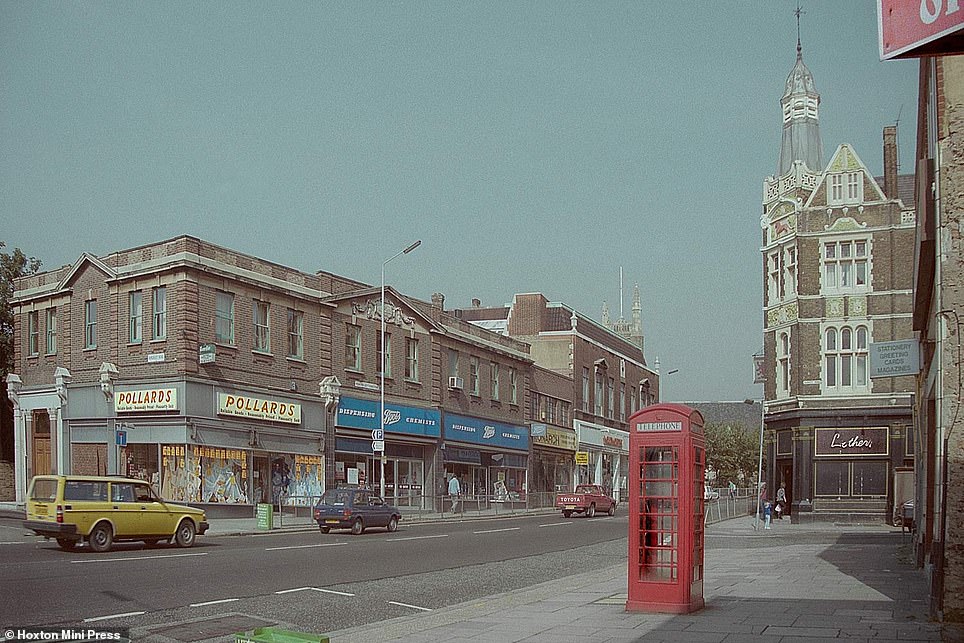 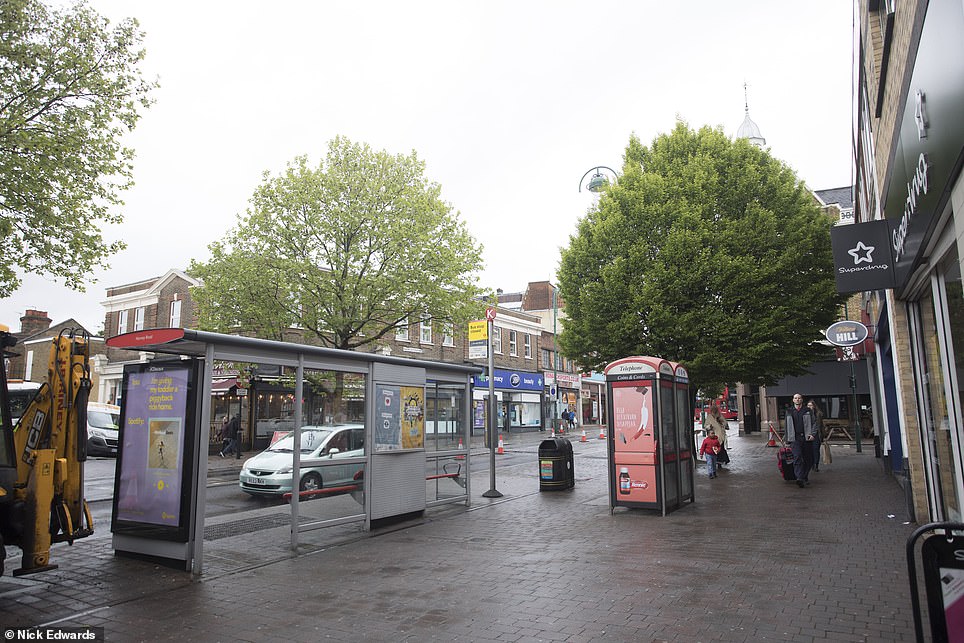 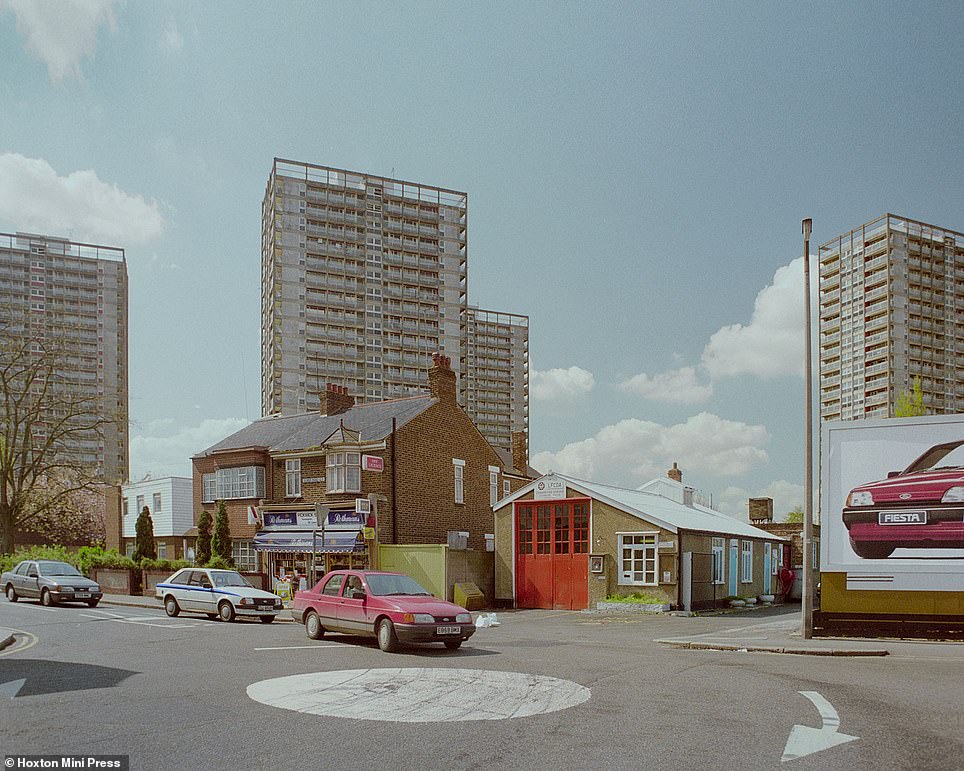 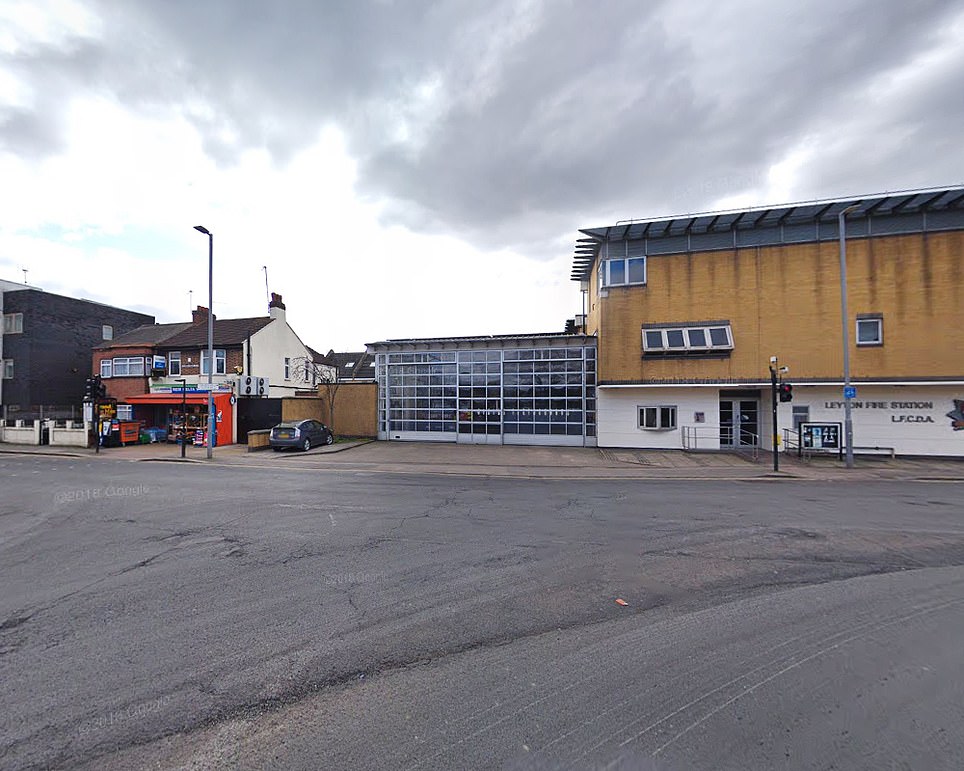 This image of Church Road in Leytonstone from 1988 shows two Ford Sierra Sapphire along with a Ford Escort. In the modern-day image there isn’t a Ford to be seen. The only car is a Toyota Prius hybrid 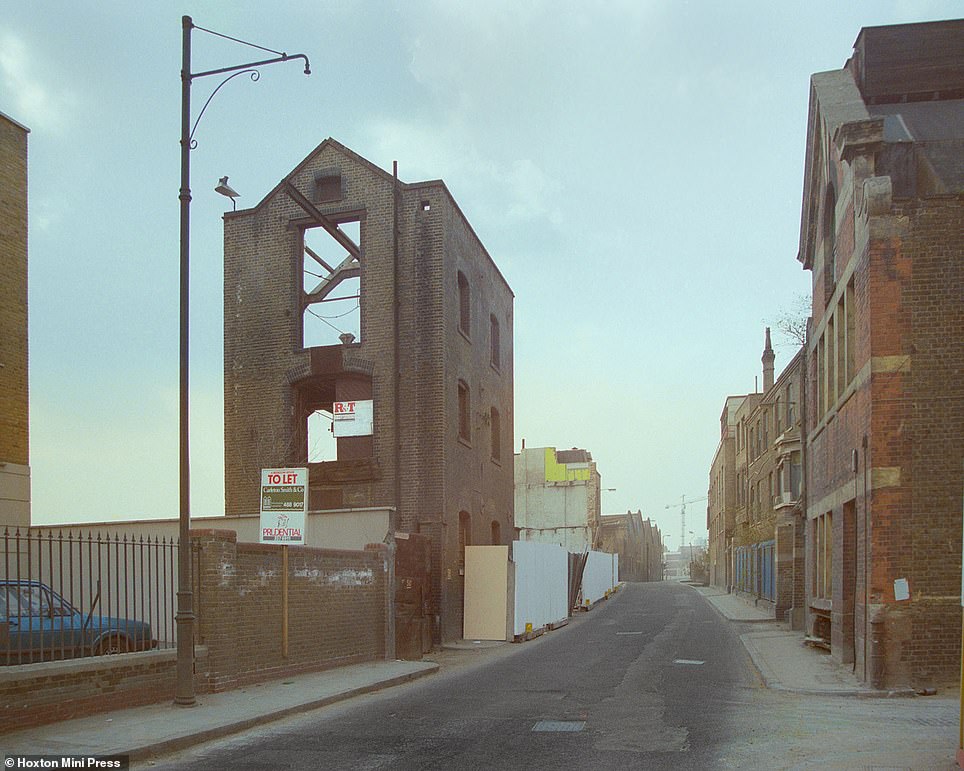 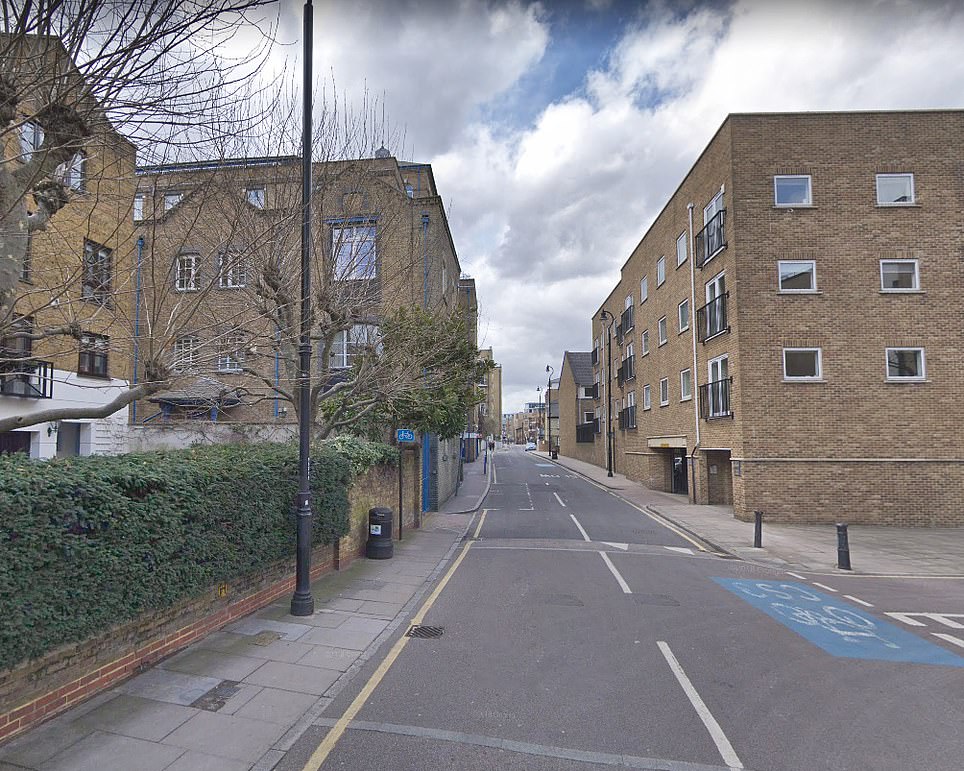 In Narrow Street, pictured left in 1988, the developers used similar colour bricks to the old buildings during the regeneration process so the area appears similar 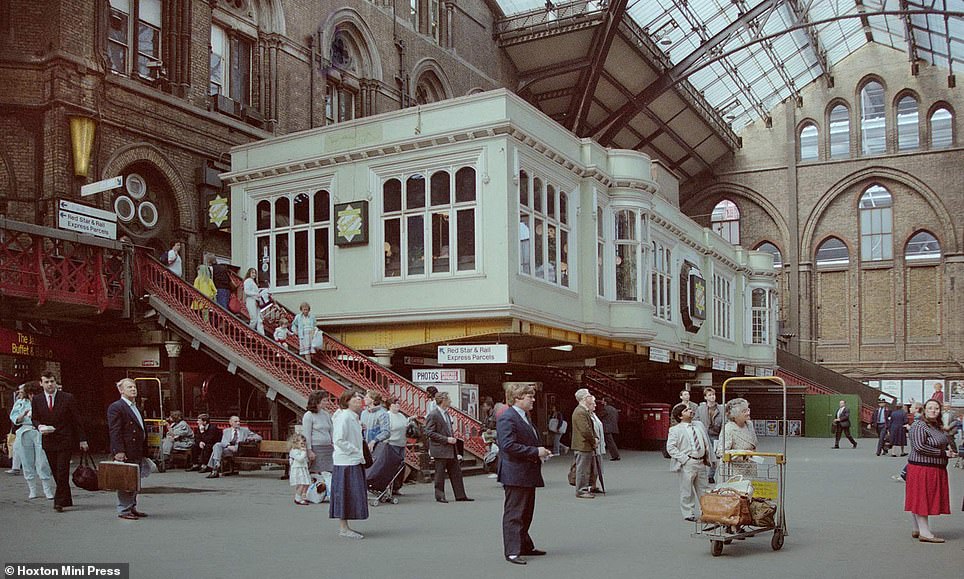 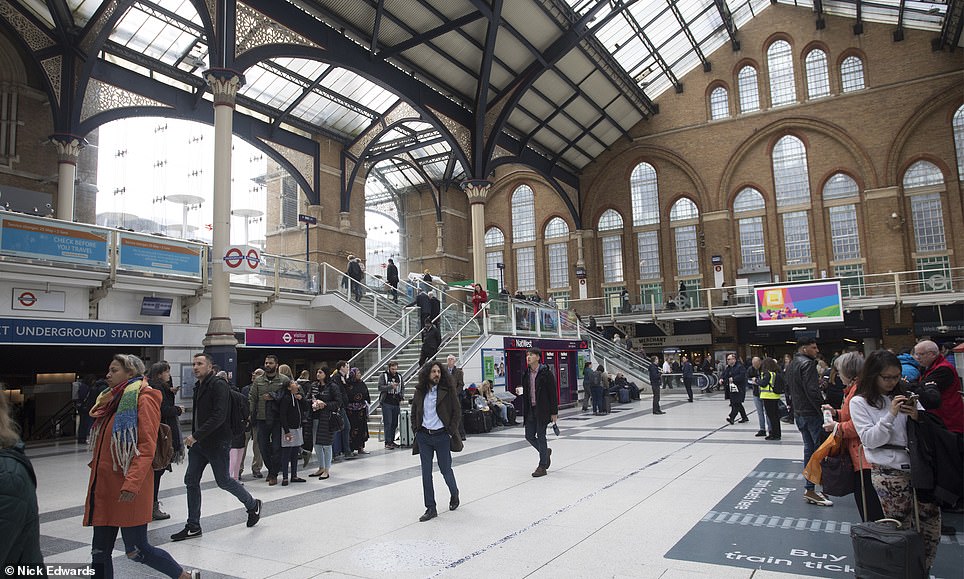 Liverpool Street Station, pictured in 1987, left, and right, more recently. The station underwent a massive redevelopment in the late 1980s, which saw it transformed from the ‘Dark Cathedral’ to a far more light space with a new roof 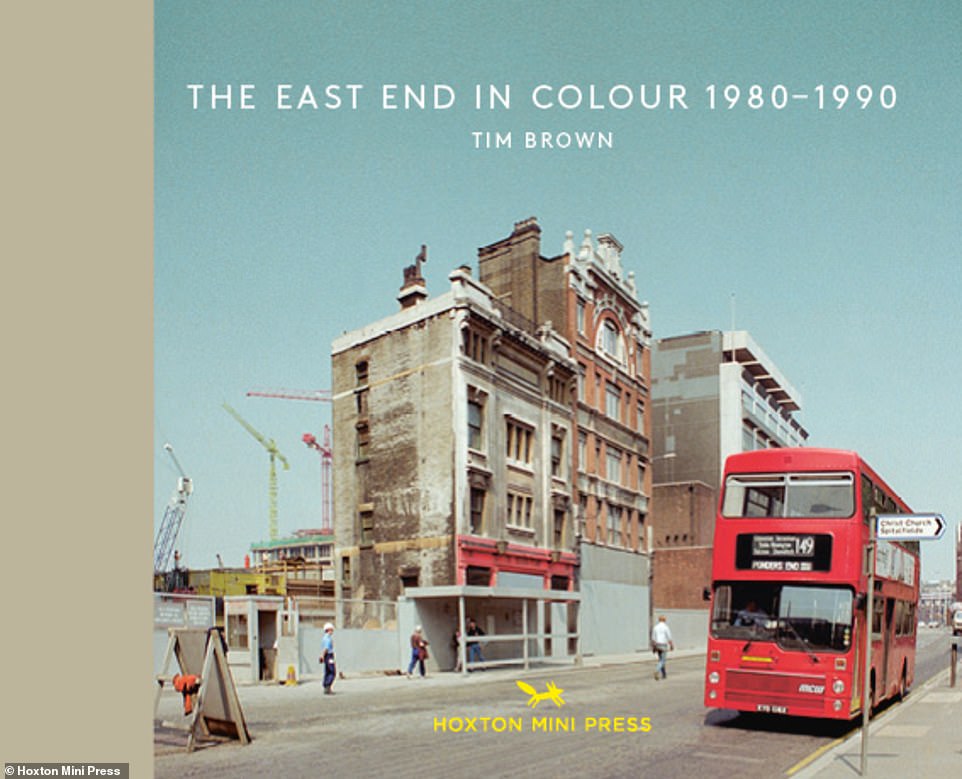