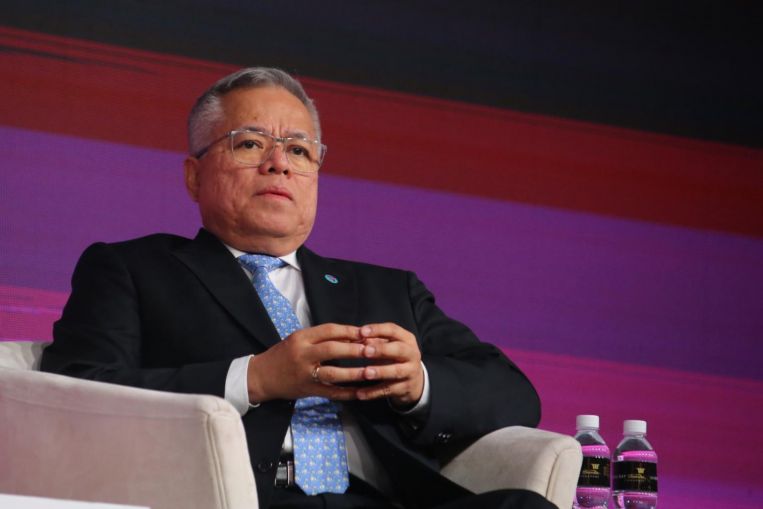 BEIJING (PHILIPPINE DAILY INQUIRER/ASIA NEWS NETWORK) -The Department of Trade Industry expects more than US$10 billion (S$13.6 billion) worth of fresh investment and trade deals to be sealed by Philippine businesses with their Chinese counterparts during President Duterte’s visit this week.

Around 190 business leaders from the Philippines will be part of the private sector delegation to China’s second Belt and Road Forum (BRF), Trade Secretary Ramon Lopez said.

Mr Lopez said the investments and trade deals could create more than 20,000 in new jobs in the Philippines.

About 20 private sector-led trade and investment agreements may be signed by Philippine businessmen with their Chinese partners at the sidelines of the BRF, Mr Lopez said.

“There will be an investment and business matching forum and signing of agreements,” Mr Lopez said.

Mr Lopez was set to fly to the Chinese capital on April 24 (Wed), coming from Phuket where he attended the Asean Trade Ministers meeting.

President Duterte is among the 40 heads of state participating in China’s second BRF this Thursday (April 25) to Friday (April 26). At the sidelines of the forum, he is scheduled to hold bilateral meetings with Chinese President Xi Jinping and Prime Minister Li Keqiang.

Unveiled in 2013, China’s One Belt, One Road or Belt and Road Initiative envisions global connectivity through infrastructure, facilitation of free trade, financial integration and people-to-people exchanges.

Mr Duterte will be one of the lead speakers at the BRF Leaders’ Roundtable on Saturday (April 27).

This will be Mr Duterte’s second time to attend the BRF for International Cooperation, an event that references Chinese President Xi Jinping’s key policy to connect China with other countries through massive infrastructure spending.

Mr Duterte first attended the forum in 2017 as his administration aimed to have closer ties with China at the expense of sidelining the country’s fight for its territorial claims in the West Philippine Sea.

The Philippines’ economic ties with China, however, have recently been put under scrutiny amid concerns that the country might eventually fall into a China debt trap, which the government’s economic managers have dismissed.

The administration’s conscious decision to be in China’s good graces has also been a constant topic in political conversations, especially with elections next month seen by some as a referendum for his policies so far.