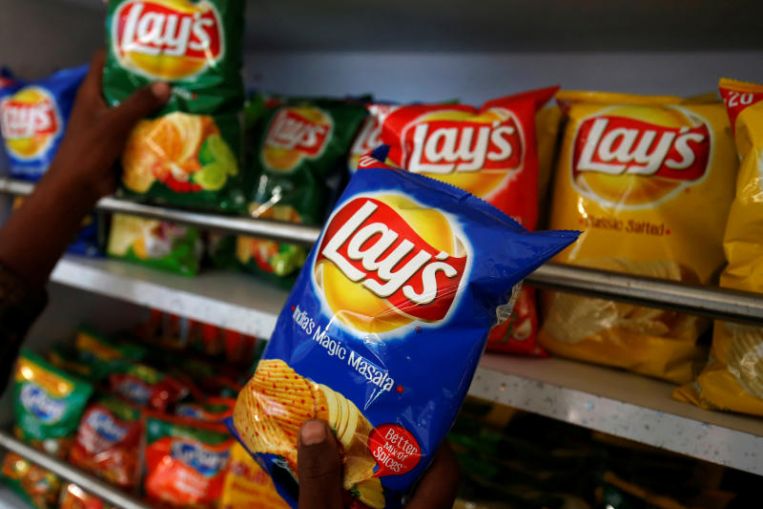 AHMEDABAD/NEW DELHI (REUTERS) – PepsiCo Inc has sued four Indian farmers for cultivating a potato variety that the snack food and drinks-maker claims infringes its patent, the company and the growers said on Friday (April 26).

Pepsi has sued the farmers for cultivating the FC5 potato variety, exclusively grown for its popular Lay’s potato chips.

The FC5 variety has a lower moisture content required to make snacks such as potato chips.

PepsiCo is seeking more than 10 million rupees (S$194,560) each for alleged patent infringement.

The farmers grow potatoes in the western state of Gujarat, a leading producer of India’s most consumed vegetable.

“We have been growing potatoes for a long time and we didn’t face this problem ever, as we’ve mostly been using the seeds saved from one harvest to plant the next year’s crop,” said Mr Bipin Patel, one of the four farmers sued by Pepsi.

Mr Patel did not say how he came by the PepsiCo variety.

A court in Ahmedabad, the business hub of Gujarat, on Friday agreed to hear the case on June 12, said Mr Anand Yagnik, the lawyer for the farmers.

“In this instance, we took judicial recourse against people who were illegally dealing in our registered variety,” a PepsiCo India spokesman said.

“This was done to protect our rights and safeguard the larger interest of farmers that are engaged with us and who are using and benefiting from seeds of our registered variety.”

PepsiCo, which set up its first potato chips plant in India in 1989, supplies the FC5 potato variety to a group of farmers who in turn sell their produce to the company at a fixed price.

The All India Kisan Sabha, or All India Farmers’ Forum, has asked the Indian government to protect the farmers.

The farmers’ forum has also called for a boycott of PepsiCo’s Lay’s chips and the company’s other products.

The Ministry of Agriculture & Farmers’ Welfare did not immediately respond to an e-mail seeking comment.

PepsiCo is the second major US company in India to face issues over patent infringement.

Stung by a longstanding intellectual property dispute, seed-maker Monsanto, which is now owned by German drug-maker Bayer AG , withdrew from some businesses in India over a cotton seed dispute with farmers, Reuters reported in 2017.