Peace Team Trump is in the Middle East to Set the Groundwork, and Garner the Backing of Arab States 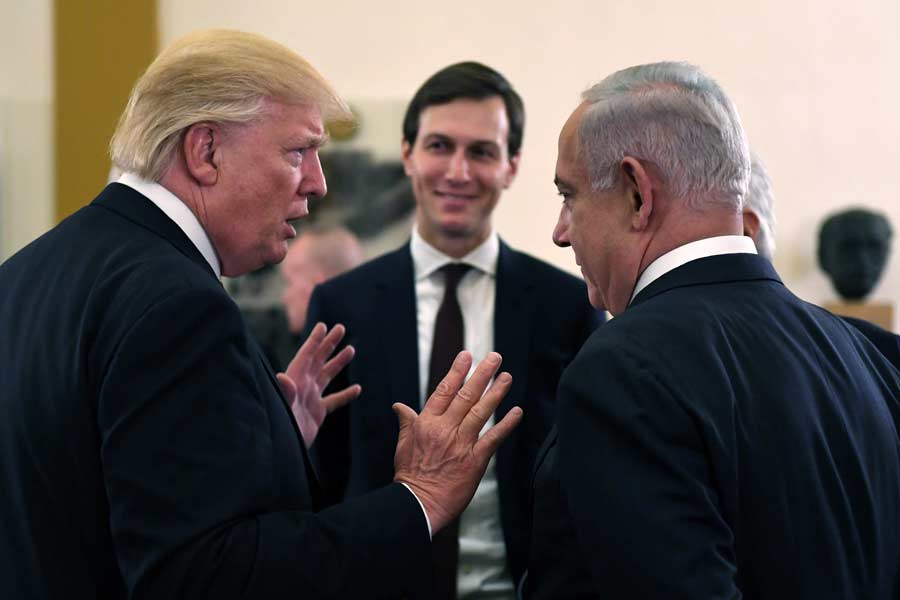 US President Donald Trump’s senior advisor, Jared Kushner, and chief peace negotiator, Jason Greenblatt, arrived in Morocco ahead of visits this week to Jordan and Israel. Team Trump is in the Middle East to set the groundwork, and garner the backing of Arab states, for the much-anticipated roll out of the economic component of its Israeli-Palestinian peace plan at a “workshop” in Bahrain on June 25-26. The Trump Administration’s prospective summit has deeply divided regional and global powers, with Saudi Arabia and the United Arab Emirates, most notably, having agreed to attend, whereas Russia, China and Turkey have declined. The Palestinians Authority will likewise boycott the conference, which PA President Mahmoud Abbas said this week was liable to “go to hell.” Ramallah has repeatedly slammed the White House for its decision to delay the political dimensions of what has come to be called the “Deal of the Century,” specifically the contentious core issues of the conflict such as the delineation of borders and the future status of Jerusalem and Palestinian refugees. In this respect, PA Prime Minister Mohammed Shtayyeh stressed that his people had little interest in improving their lives so long as Israel’s military presence in the West Bank continued. As regards Israel, the country’s murky political situation and the prospect of new elections will not deter the US from holding the Bahrain event. If Prime Minister Binyamin Netanyahu manages to form a government, then Finance Minister Moshe Kahlon is expected to attend the confab.