Paramilitary Men Beat and Tortured to Death a Civilian in Sudan

By Haitham El-Tabei, AFP/Khartoum Paramilitary men beat and tortured to death a civilian in Sudan’s war-torn Darfur region, a doctors committee linked to the... 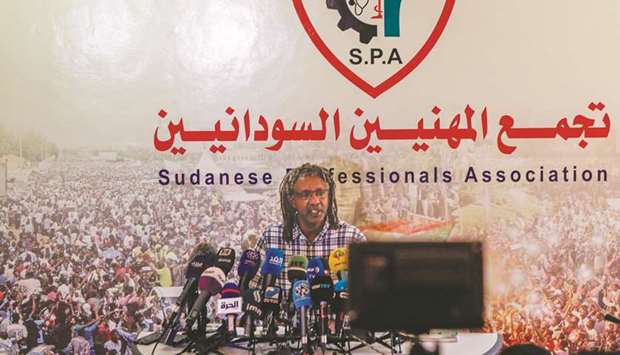 Paramilitary men beat and tortured to death a civilian in Sudan’s war-torn Darfur region, a doctors committee linked to the country’s protest movement said yesterday.
The civilian died on Monday in El-Daen, in East Darfur state, after members of the Rapid Support Forces (RSF) clashed with youths accused of stealing mobile phones, the committee said on its Facebook page.
“Members from Al-Janjaweed (RSF) militia beat and tortured a number of youths…on allegations that the youths had stolen a mobile phone,” it said.
“One youth passed away due to torture by Al-Janjaweed,” it said, referring to the RSF which has its origins in the militia that fought ethnic African rebels in Darfur during a civil war that broke out in 2003.
Witnesses contacted by telephone backed up the account of the doctors committee.
Two witnesses said an RSF unit arrested five youths — accusing them of stealing mobile phones from their base — and took them outside town, where they tortured them, and abandoned them on the streets.
One of the victims allegedly died, they said.
After the victim was buried, town residents converged on the RSF base and torched it, while other RSF personnel arrested the unit responsible, the two witnesses said.
An RSF spokesman was unavailable for comment.
The doctors’ committee alleged a total of six civilians have died over the past three days at the hands of the RSF, including four members of a family run over by a vehicle driven by a paramilitary unit in Omdurman, the twin city of Khartoum.
The sixth person was killed by gunfire in El-Souki, in the southeastern state of Sinnar, as residents protested against the RSF, demanding they leave town, according to the committee and witnesses.
“The continuation of the barbarity and tampering with civilians’ safety daily by Janjaweed (RSF) militias, coupled with not holding them accountable under any law or code of ethics, prove that the Transitional Military Council protects these militias,” the committee said.
The protest movement blamed the deaths in El-Souki and El-Daen on the security apparatus and the military council which has ruled Sudan since the ouster in April of longtime president Omar al-Bashir following months of anti-regime demonstrations.
“We hold the security authorities responsible for those killed in El-Daen and El-Souki,” Ismail al-Taj, a spokesman for the Sudanese Professionals Association told reporters in Khartoum.
The SPA spearheaded protests against Bashir that broke out in December.
“We demand an independent investigation to identify those who committed these heinous crimes against citizens,” Taj said, adding it was the responsibility of the military council to protect civilians during protests and rallies.
On Monday, scores of protesters demonstrated in parts of the capital, including at night, against the killing in El-Souki.
Protesters and rights groups accuse RSF personnel of having carried out a brutal raid on a protest camp outside military headquarters in Khartoum on June 3 that left dozens dead and hundreds wounded.
RSF commander Mohamed Hamdan Dagalo, the deputy chief of Sudan’s military council, has portrayed the allegations as part of an attempt to distort the image of his paramilitary force.

Opposition rejects judicial immunity for military rulers
Sudan’s main protest group is opposed to granting military rulers “absolute” immunity against possible prosecution for violence against protesters, a group spokesman said yesterday, speaking just ahead of a meeting with the rulers.
Differences over the issue of immunity have been a major sticking point holding up the signing of a power-sharing deal agreed this month between the Transitional Military Council and the Forces of Freedom and Change (FFC) coalition.
Ismail al-Taj, a leader in the Sudanese Professionals Association (SPA), one of the main members of the FFC, said members of the coalition had agreed that any immunity should be restricted.
“The immunity proposed by the military council in the draft constitutional document is an absolute immunity,” Taj told a news conference in Khartoum.
“All the members of the FFC have agreed on the issue of immunity and to restrict it procedurally,” he told reporters, adding that the issue would be presented at a meeting with the military council.
The power-sharing deal is meant to be the way forward for a transition in Sudan after military leaders ousted former President Omar al-Bashir in April following weeks of protests against him.
The protests continued after Bashir left, with the opposition demanding that the military council that took over cede power.
Opposition groups accuse the Rapid Support Forces, a paramilitary organisation linked to the military council, of responsibility for the death of more than 125 protesters during a raid on a protest sit-in in Khartoum on June 3 and in subsequent attacks.
The military council has confirmed at least 61 deaths in the raid.
It has blamed officers for the violence and promised to bring them to justice. But it has denied that members of the military council were behind the violence.
Taj said the protesters were still demanding an independent investigation into the bloodshed, which for a time stalled efforts to reach a deal between the FFC and the military council.
The Sudanese Professionals’ Association, which spearheaded the protests against Bashir, also called on the military rulers to cancel a decree that extends the state of emergency for three months.