The Palestinians are asking the European Union to pick up the mantle in defence of the two-state solution if the upcoming US peace plan... 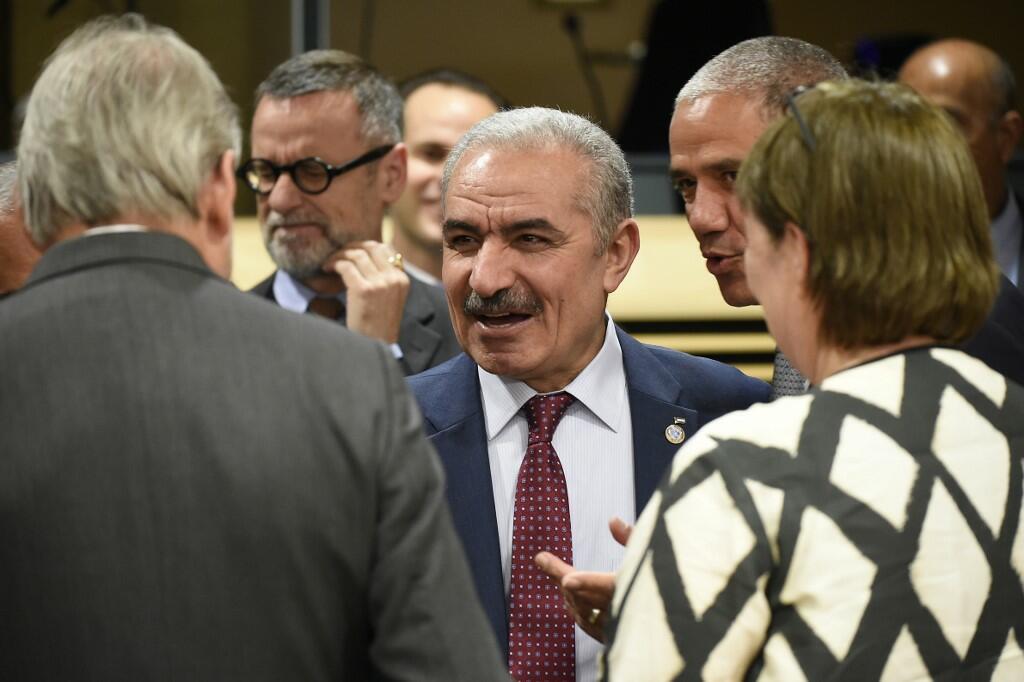 The Palestinians are asking the European Union to pick up the mantle in defence of the two-state solution if the upcoming US peace plan ditches Palestinian statehood, their UN envoy said Tuesday.

President Donald Trump’s administration is expected to unveil the long-awaited plan possibly as early as next month, but the Palestinians have already rejected it as heavily biased in favour of Israel.

Palestinian ambassador Riyad Mansour told reporters that he urged European officials during recent meetings in Brussels to seize the initiative and not allow the United States to be the preeminent player in the Middle East peace process.

The Palestinians urged the EU to call for an international conference that would reaffirm the global consensus of a two-state solution to the Israeli-Palestinian conflict and reject the US approach.

“We are engaging them,” Mansour told reporters about his meetings with EU officials. “They have to act.”

“We would be extremely happy to show that there is more than one player in the field, trying to determine how we move forward.”

The Palestinians have also urged European countries – in particular France, Italy, Spain, Portugal, Ireland, Belgium and Luxembourg – to recognise Palestine as a state.

UN resolutions have advocated a two-state solution providing for an independent Palestinian state alongside Israel, and stressed that this outcome is to be agreed by the parties.

Mansour said the Palestinians also wanted Russia to step up its Middle East diplomacy and suggested that the United Nations could convene the Middle East peace quartet.

The US peace plan is expected to feature proposals for regional economic development that would include Egypt, Jordan and Lebanon but the Palestinians have been adamant that it will fail.

Trump’s son-in-law Jared Kushner is the chief architect of the proposals.

Mansour said the US plan  – which he has not seen – appears to be aimed at providing a “pretext” for Israeli Prime Minister Binyamin Netanyahu’s government to annex more Palestinian territory.

Netanyahu promised during the election campaign to annex West Bank settlements, a move that would kill off prospects for a viable Palestinian state.

With settlements, considered illegal under international law, dotted across the entirety of the West Bank, their annexation by Israel would destroy already shaky hopes for the territorial continuity of a future Palestinian state.

Mansour said he was convinced that the Palestinians still enjoyed “massive support in the international arena”, but suggested that if diplomacy failed, the battle could then turn to demographics.

“If this is what they want to force on us – one-state reality – the Palestinian people will accelerate their reproduction machines and increase the number of Palestinians to face apartheid,” he said.

The full details of the plan, known as the “Deal of the Century”, will be revealed at the end of the Muslim holy fasting month of Ramadan in June.

Trump’s son-in-law and senior advisor Kushner, said the Middle East peace plan would be a “good starting point for the political issues and then an outline for what can be done to help these people start living a better life”.

“If you say two state, it means one thing to the Israelis, it means one things to the Palestinians. So we said, you know, let’s just not say it,” Kushner said at the Washington Institute for Near East Policy on Thursday according to Twitter reports.

Trump’s Middle East envoy Jason Greenblatt denied rumours last week that the peace plan will include a union between Palestine and Jordan.

It had previously been rumoured that the US peace deal would propose land swaps between Jordan, Saudi Arabia and Egypt.

Both Palestinians and Israelis claim a unified Jerusalem as their capital, but previous negotiations have threatened to relegate the capital of a future Palestinian state to East Jerusalem, currently occupied by Israel and claimed as half of its own capital, or Abu Dis, a neighbouring town in the West Bank.

Trump’s 2017 decision to recognise Jerusalem, both east and west, as the capital of Israel and relocate the US embassy to the city was condemned by both Palestinians and the international community, and signalled that a Trump administration-brokered peace plan may reject Palestinian claims over the city.

Palestinian politicians have said that such decisions mean Trump cannot be an “honest broker” in any peace negotiations between Palestinians and Israelis.