A member of the Executive Committee of the Palestine Liberation Organization (PLO), Saleh Raafat, said that the Palestinian leadership was working to form a... 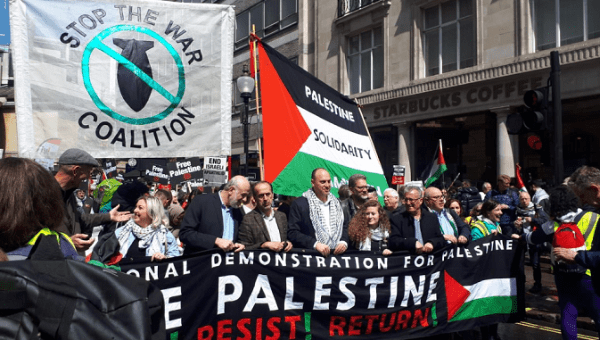 A member of the Executive Committee of the Palestine Liberation Organization (PLO), Saleh Raafat, said that the Palestinian leadership was working to form a broad international and Arab front to reject the the US peace plan known as the deal of the century.

“We have called upon all Arab countries not to meet the call of the United States to participate in the economic workshop in Bahrain,” Raafat said in remarks broadcast by the official Palestinian news agency.

He said that efforts also included continuous contacts with Russia and China, which have taken the decision not to join the workshop, in addition to a number of Arab countries that refused to participate, including Lebanon and Iraq.

Raafat stressed that contacts were underway with the People’s Republic of China, Russia, South Africa, the European Union and many other major powers and countries in order to continue working towards a real international conference that would put in place mechanisms for settling the Palestinian-Israeli conflict in accordance with the resolutions of international legitimacy and international law.

The US intends to present the economic aspect of its peace plan during the two-day economic workshop hosted by Bahrain on June 25-26.

The Palestinians refused to participate in this workshop because of their rejection of the American deal as a whole. They said the plan was aimed at eliminating the Palestinian issue by resolving the most delicate files, namely Jerusalem, the refugees and the borders, in favor of the Israeli interests. They accused the United States of supporting an Israeli plan to annex the West Bank as well.