With less than a week to go until the Israeli general election on Sept. 17, competition is intensifying between Prime Minister Benjamin Netanyahu’s Likud... 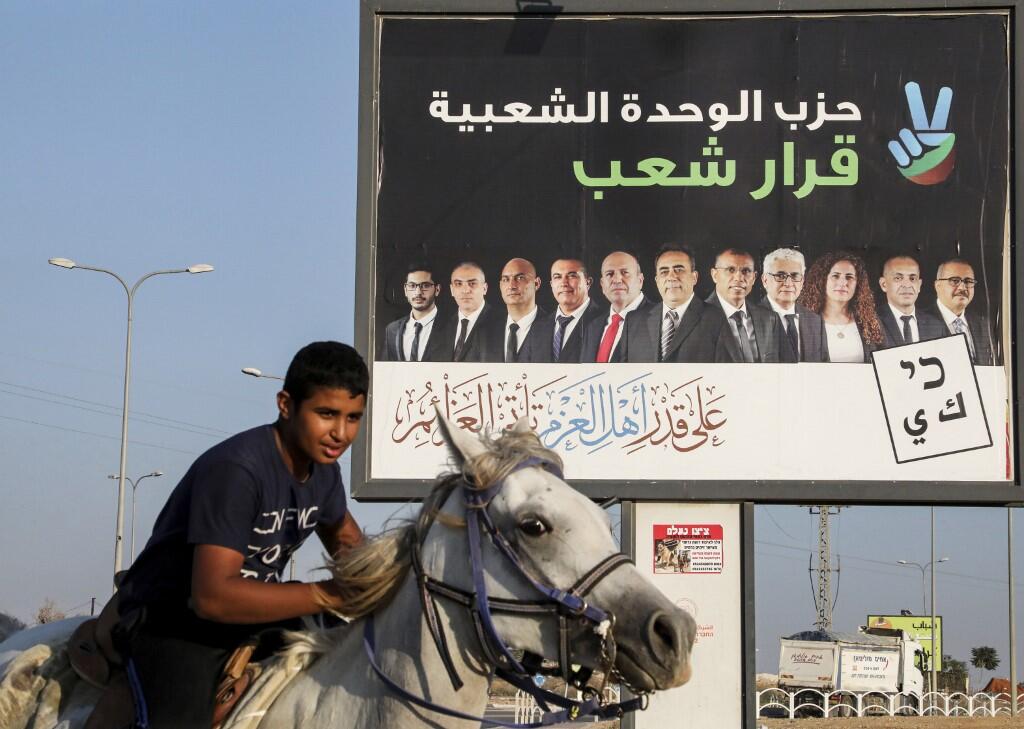 With less than a week to go until the Israeli general election on Sept. 17, competition is intensifying between Prime Minister Benjamin Netanyahu’s Likud party and the Blue and White alliance led by Benny Gantz.

Compared with previous elections, however, the situation in Gaza has been considerably less prominent during campaigning and in the manifestos of all Israeli parties.

Palestinians in Gaza, meanwhile, pay little attention to the outcome of general elections, given that they see little significant difference between the parties’ positions on future relations with the Strip.

Adnan Abu Amer, an expert on Israeli affairs, said both Likud and Blue and White largely ignore the Gaza ‘problem’ except when their leaders exchange accusations of blame for the continued deterioration of the situation there. Some parties do not talk about Gaza at all, while others highlight the problems without offering any serious solutions.

Amer added that any solutions the politicians do suggest are old options, which often ignore the reality of the presence of Hamas in the Gaza Strip, which has a population of 2 million people.

Israeli writer Tani Goldstein, who has researched the policies of Israeli parties on Gaza, said it is a very frustrating issue for them. The persistence of the Hamas regime, the firing of rockets into Israel, and the frequent rounds of escalated tensions and fighting mean the Strip is one of their biggest headaches.

Goldstein, who published the results of his research on The Times of Israel website, said an examination of the policies on Gaza reveals that Israeli parties fail to offer any practical alternatives to existing policies they attack, while some suggest vague, ill-defined solutions with no clear indication of how they could be implemented and others simply ignore Gaza.

Human rights researcher Mustafa Ibrahim said that the manifestos also lack any mention of the â€œtwo-state solution,â€ suggesting the Israeli parties are largely ignoring not only Gaza but all Palestinian-related issues. He added that in speeches, the leaders of Israeli parties only mention Gaza in an attempt to win votes through threats and intimidation.

Amer, Goldstein and Ibrahim agree that Gaza represents a â€œpermanent headacheâ€ for the Israeli parties, and it is one for which they have no realistic remedy.

Ibrahim said that should Netanyahu win the election, he might push for support of Egyptian efforts to reach a long-term truce with Hamas, including a prisoner-exchange deal.

Gantz might do the same if he is victorious, as part of a â€œcontainment policy,â€ unless there is a dramatic development that pushes Israelis and Palestinians toward war.

Former prisoner Fayez Abu Shammala, who follows Israeli affairs, said that there is little difference between Likud and the Blue and White alliance in their views on Gaza, other than the details of how they want the problem resolved: Likud wants to isolate and strangle the territory, while Blue and White wants Hamas removed and the Palestinian Authority regain control.

Shammala ruled out any possibility of a war in Gaza following the election, on the basis that military and security chiefs in Israel have learned the lessons of previous conflicts, which were devastating and failed to achieve the desired objectives from an Israeli perspective.

Many observers agree that the most likely target of any future aggression from the Israeli government will be the West Bank, not the Gaza Strip, capitalizing on the support of US President Donald Trumpâ€™s administration. This would expand Israeli sovereignty and to all intents and purposes eliminate any hope of a â€œtwo-state solution.â€