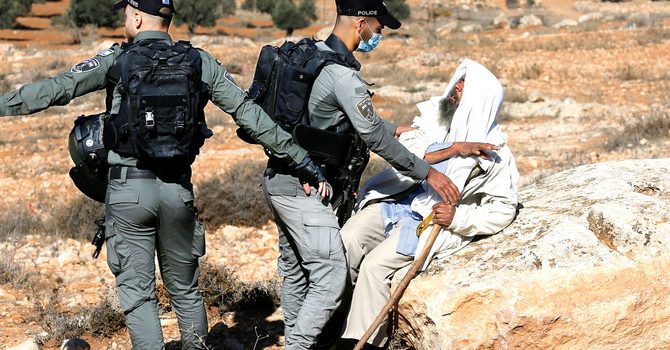 Israel27 Palestine12
RAMALLAH: A Palestinian teenager who drove his car into an Israeli security checkpoint in the occupied West Bank was shot dead on Monday by... 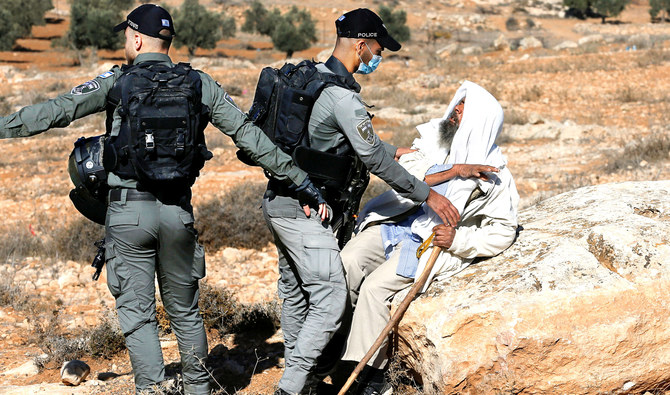 RAMALLAH: A Palestinian teenager who drove his car into an Israeli security checkpoint in the occupied West Bank was shot dead on Monday by a security guard at the scene, officials said.

The car-ramming occurred after 1 a.m. at the Te’enim checkpoint near the Palestinian city of Tulkarem, an Israeli Defense Ministry statement said, adding that the assailant had been “neutralized.”

It was not immediately clear if the alleged attacker was killed, but the official Palestinian news agency Wafa later reported that 15-year-old Mohammed Nidal Yunes died from injuries after being fired on at a checkpoint.

An Israeli security official confirmed to AFP that the driver of the vehicle was killed.

The Defense Ministry said that a security guard was “seriously injured” in the attack.

Israel has occupied the West Bank since 1967 and the Palestinian territory is now home to roughly 475,000 Jewish settlers living in communities widely considered illegal under international law.

Attacks on checkpoints are common, often carried out by individual Palestinians armed with knives, as well as attempted car-rammings and occasional shootings.

Monday’s incident came after a Palestinian assailant stabbed an Israeli civilian and attempted to attack police on Saturday near the Damascus Gate entry to the Old City in Israeli-annexed East Jerusalem.

The assailant was shot dead by officers who appeared to fire on the suspect after he was on the ground, stirring debate about excessive force.

Kayed Fasfous, 32, had remained in an Israeli hospital since ending his strike on Nov. 23.

He was the symbolic figurehead of six hunger strikers protesting Israel’s controversial policy of “administrative detention,” which allows suspects to be held indefinitely without charge.

Israel claims the policy is necessary to keep dangerous suspects locked away without disclosing sensitive information that could expose valuable sources.

Palestinians and rights groups say the practice denies the right of due process, allowing Israel to hold prisoners for months or even years without seeing the evidence against them. The law is rarely applied to Israelis.

The Palestinian Prisoners Club, a group representing former and current prisoners, confirmed Fasfous had returned home to the occupied West Bank through a military checkpoint near the southern city of Hebron on Sunday afternoon.

Online footage showed the former prisoner in a wheelchair celebrating his return to his southern hometown of Dura before being taken to a hospital in the West Bank city of Ramallah.

The plight of the six hunger strikers ignited solidarity demonstrations across the Israeli-occupied West Bank and Gaza in November mounting pressure on Israel to release the detainees.

At least four of the five other hunger strikers have since ended their protests after reaching similar deals with Israeli authorities. They are expected to be released in the coming months.

Hunger strikes are common among Palestinian prisoners and have helped secure numerous concessions from Israeli authorities.

The nature of these strikes vary from individuals protesting detention without charge to groups calling for improved cell conditions.

Around 500 of the 4,600 Palestinians detained by Israel are held in administrative detention according to Addameer, a Palestinian prisoner rights group.