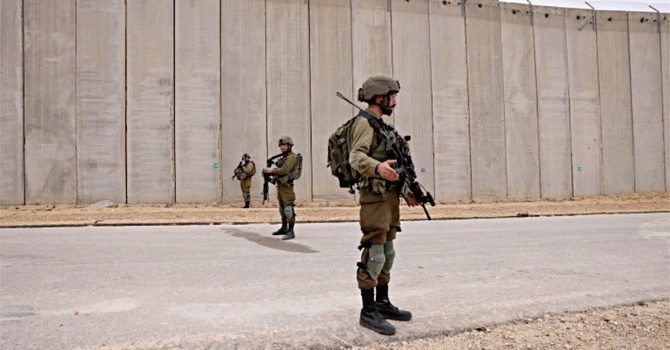 Gaza2 Israel27 Palestine12
GAZA CITY: Israel has announced the completion of an enhanced security barrier around the Gaza Strip designed to prevent militants from sneaking into the... 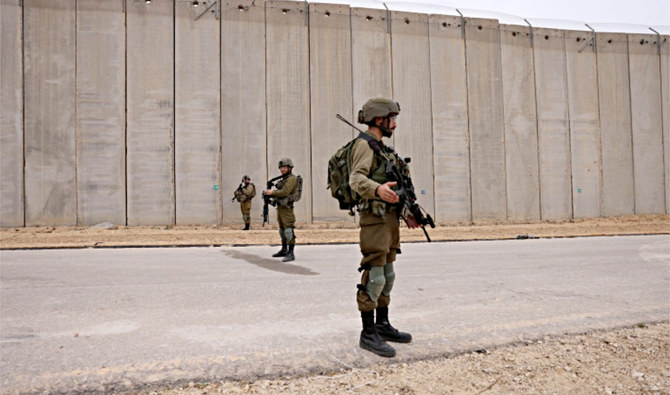 GAZA CITY: Israel has announced the completion of an enhanced security barrier around the Gaza Strip designed to prevent militants from sneaking into the country.

However, Palestinian factions have rejected Israeli claims that the wall would stop them digging tunnels.

The 65-kilometer barrier includes radar systems, maritime sensors, and a network of underground sensors to detect militant tunnels. Existing fencing has been replaced with a 6-meter-high “smart fence” with detection devices and cameras.

Israel recently celebrated completion of the project, which it announced in 2016, to prevent a repetition of the 2014 war experience in which Palestinian factions used tunnels to carry out offensive operations and confront Israeli ground forces.

Israeli Defense Minister Benny Gantz, said: “The wall, an innovative and technologically advanced project, deprives Hamas of one of the capabilities it tried to develop.”

In a report, Israeli newspaper Yedioth Ahronoth, said: “It is expected that the new wall will prevent incursions on the ground, and in fact imprison Palestinians who try to infiltrate into Israel within a 200- to 100-meter strip between the old and new fences until the army forces arrive and neutralize the threat.”

It quoted a senior Israeli army official as saying that “the new wall cut the tunnels that were on their way to Israel, even during the years of work.”

Israel has waged four wars on the Gaza Strip since Hamas took control of the small coastal enclave in mid-2007 and has made it clear that its goal is to stop the building of all tunnels.

However, Palestinian factions said the wall was doomed to failure similar to other Israeli fortifications in the past.

Abu Musab, a field commander in Al-Qassam Brigades, the military wing of Hamas, said the group was constantly developing its capabilities, and drew inspiration from the experience of previous wars and clashes.

“The factions in Gaza, despite their simple capabilities compared to the Israeli arsenal, are able to surprise the enemy with qualitative operations and from where they are not calculated. This wall will not stand in the way of the resistance to respond to Israel’s aggressions and crimes.

“The Iron Dome (mobile all-weather air defense system) did not succeed in preventing the Palestinian rockets that reached the farthest range inside the occupying country. This wall will not prevent Hamas from repelling any aggression and defending its people,” he added.

And spokesman for the Popular Resistance Committees, Muhammad Al-Buraim, said: “Such walls will not affect the capabilities of the factions in Gaza, which are constantly working on developments in their capabilities, and will not fail to achieve their goals.

“This is not the first time that the occupation has tried to isolate Gaza with walls and many restrictions in an attempt to protect its soldiers and settlers, and the resistance each time had new tactics that surprised the occupation and achieved successes,” he added.

Retired Maj. Gen. Rafiq Abu Hani, a specialist in military affairs, described the Israeli wall as “highly fortified,” but expected that Palestinian factions would find ways to overcome it in any future confrontation.

He pointed out that the building of the wall showed that Israel recognized its inability to “militarily resolve its conflict with Gaza,” adding that it also suggested an Israeli ground invasion of Gaza now looked unlikely.