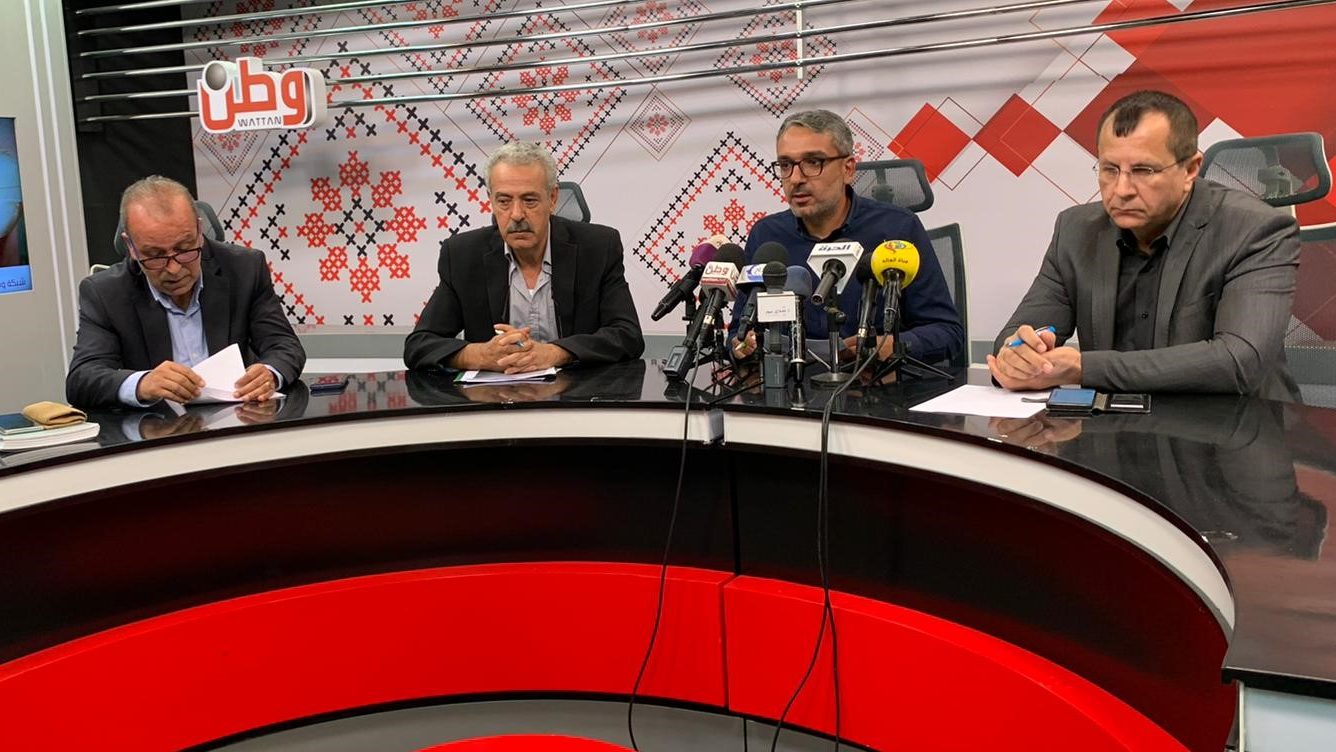 The Palestinian Journalists Syndicate held a press conference in the West Bank city of Ramallah on Tuesday, a day after news of the blockage was leaked.

Speaking to The Media Line, syndicate head Naser Abu Baker called it a “black day” for the press in Palestine.

“This decision is unfair and unjust, and it reflects a mentality that does not understand the reality of the media and recent developments it is going through,” he stated, adding: “It is a clear message to the media that there is a tendency to undermine freedom of the press.”

Abu Baker noted that the true significance of the blockage lay in who was doing the blocking, explaining that in the past, it had been “the executive branch,” not the courts.

“The judiciary must protect freedom in Palestine,” he stated. “It should not restrict it.”

A lawyer representing the journalists syndicate, together with a legal adviser to the Independent Commission for Human Rights, the national human rights institution of Palestine, delivered a request to the court to review and reverse the decision. The court said it would review the request and decide on Wednesday.

The measure, which PA President Mahmoud Abbas signed into law in June 2017, states that “any person who has intentionally and unlawfully accessed any electronic system or network, abused any information technology or exceeded the authorized entry shall be liable to either imprisonment or a fine.”

Worse, Abu Baker noted, is what comes next: “If the act is committed against any official statement by the [PA] government,” the law says, “the culprit shall be punished by imprisonment for a period of at least six months.”

Most of the news sites and social media pages that were blocked are critical of Abbas, his Fatah party or the PA leadership. The PA’s attorney-general claims that the websites compromise Palestinian national unity by publishing articles that “threaten national security and civic peace.”

The Ramallah-based magistrate’s court accepted his argument, agreeing that the websites attacked and offended “symbols of the Palestinian Authority.”

The three-page list submitted by the attorney-general includes sites affiliated with Hamas, the ruler of the Gaza Strip – and Abbas’s nemesis. One, the Gaza-based Kofia news channel, belongs to senior Fatah official Mohammad Dahlan, an Abbas adversary. Another news site, Arab21, based in London, is also on the list.

The sites regularly criticize Abbas’s rule and have repeatedly reported on corruption and financial ineptitude by top PA officials.

Some of the items on the list are Facebook pages – which actually makes them impossible to block.

Jihad Harb, a political analyst from the Palestinian Center for Policy and Survey Research, told The Media Line that the ruling had harmed the PA’s image, both at home and abroad.

“This time, the Palestinian Authority has fired a bullet at its head, and not at its feet, to destroy the [Palestinian] political system, especially since there were three sides involved in this decision: the prosecution, the judiciary and elements from the executive branch,” Harb said.

“This decision,” he went on, “violates the obligations of the State of Palestine, but neither the Palestinian Authority nor the parties involved in this resolution can justify taking it.”

Although the move was disclosed only on Monday, sources in Ramallah told The Media Line that the attorney-general had submitted its request to the court earlier, with no notice given to any of the outlets, and that the court had issued its ruling without informing them that they had been blocked.

Ultra Palestine, one of the targeted sites, was blocked by two internet service providers in the West Bank following the court decision.

Ahmad Yousef, an editor at the independent news outlet, told The Media Line that no one there saw it coming.

“We were surprised that Ultra Palestine was included in the ban,” Yousef said. “We were not informed of the decision by an official body, and we did not know of any deliberations or complaints concerning us in the courts. The reasons for blocking us are unclear.”

Some Palestinian journalists and rights activists have raised questions as to the real motive behind the controversial court decision, with Faten Elwan, a veteran journalist and Alhurra news channel reporter, telling The Media Line that the measures were actually aimed at young reporters.

“Palestinian reporters are not used to having any kind of censorship.
They [the PA] are trying to build a system of fear and force journalists to self-censor,” Elwan claimed, arguing that this can lead to only one thing.

“We are turning into a police state serving a few officials, and anyone who speaks out against them is a criminal according to the electronic [cyber] law,” she stated.

“What some people in the Palestinian Authority are trying to do is turn everyone − journalists, reporters, the public − into members of a police state in which every word you say is held against you,” she went on. “You need to think twice before speaking one word.”

Many Palestinian factions, including Hamas and Islamic Jihad, issued statements critical of the PA after the court decision, accusing it of “suffocating” dissent.

The PA issued a statement explaining its position, saying it “affirms its safeguarding of the freedom of opinion and expression guaranteed by Palestinian and international laws and regulations,” adding, however, that “websites and social media pages should adopt professional and ethical standards in news and media articles.”