In February, 60 countries participated in the Warsaw conference, which was aimed at discussing peace and security in the Middle East, ‘fight against terrorism’,... 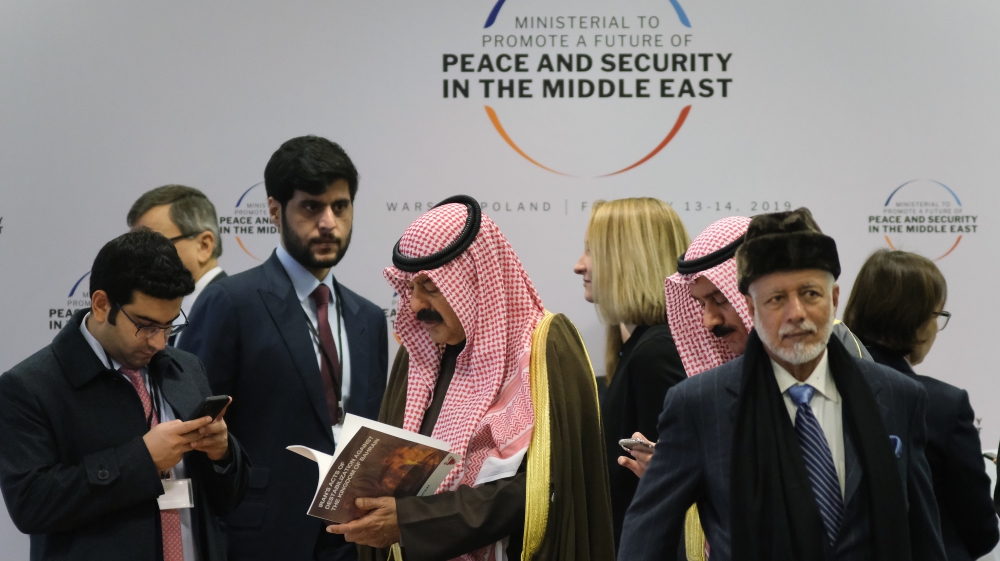 In February, 60 countries participated in the Warsaw conference, which was aimed at discussing peace and security in the Middle East, ‘fight against terrorism’, and missile development and proliferation [File: Sean Gallup/Getty Images]

Israel’s Channel 13 reported that an Israeli delegation would attend the event, due to open in Manama on Sunday.

Israel and Bahrain do not have diplomatic relations.

In a statement, Hamas spokesman Hazem Qasim said attempts to “integrate the Israeli occupation into the region are doomed to fail”.

He blamed the parties that “normalise relations with Israel for Israeli assaults on the Palestinian people and their holy sites”.

Saudi Arabia, the United Arab Emirates, Kuwait and Oman are also expected to participate in the two-day summit, the main agenda of which will be the “Iranian threat in the Persian Gulf”.

The maritime security meeting in Manama is a follow-up to the US-led anti-Iran conference held in the Polish capital of Warsaw in February.

The Israeli Foreign Ministry did not deny the report, telling Channel 13 that the conference was “part of the Warsaw process”.