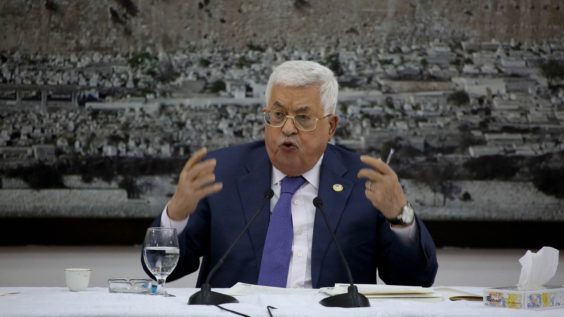 Palestinian factions have expressed outrage over Palestinian Authority President Mahmoud Abbas’ meeting this week in Ramallah with members of Israel’s Democratic Union political alliance, including Noa Rothman, the granddaughter of former prime minister Yitzhak Rabin. Hamas denounced the encounter as a “form of normalization” with Israel, and said it “disregard[ed] the sacrifices of [the Palestinian] people.” A spokesman for Gaza’s rulers added that the meeting was a “poisoned dagger in the back of the Palestinian cause” that had “provoked the feelings of the families of martyrs, with whom Abbas did not even meet on the occasion of [the Muslim festival of] Eid al-Adha.” Other factions in the Palestine Liberation Organization (PLO) – which dominates the PA and is considered the official voice of the Palestinian people – similarly slammed the move. The Popular Front for the Liberation of Palestine “condemn[ed] in the strongest possible terms” the “destructive” meeting, and said the PLO continues to make “free concessions” to Israel. Last month, Abbas declared an end to all agreements previously signed with the Jewish state. The PLO Executive Committee is scheduled to hold a meeting Thursday to discuss mechanisms to implement the decision.