The Palestinian Authority has threatened to cut ties with Israel after numerous buildings under construction on the West Bank-side of a Jerusalem neighborhood were... 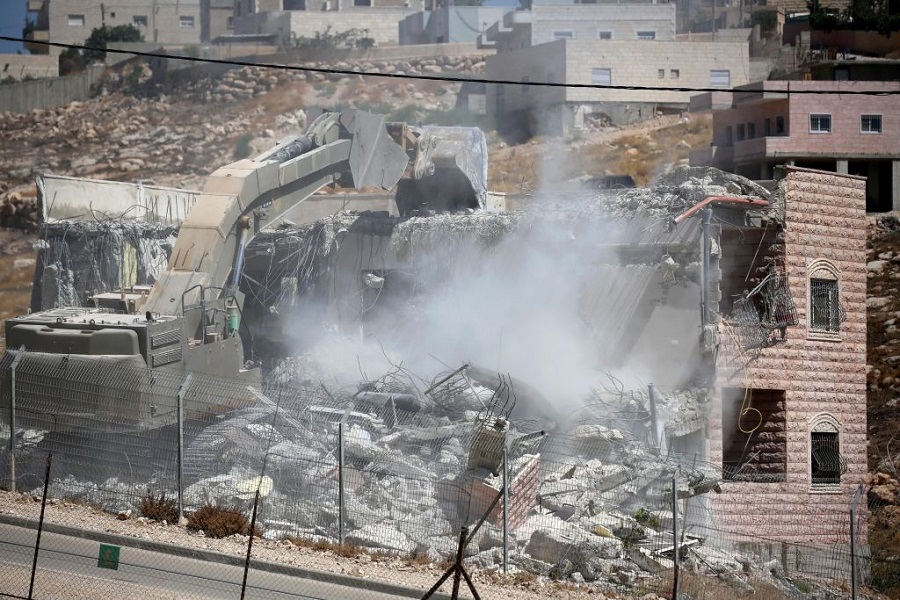 The Palestinian Authority has threatened to cut ties with Israel after numerous buildings under construction on the West Bank-side of a Jerusalem neighborhood were demolished on Monday. Ramallah described the Israeli move as a “war crime” and vowed to press the United Nations Security Council to hold a special session. The PA also said it would lodge a complaint against Israel at the International Criminal Court in The Hague, a decision that could further raise the ire of the Trump Administration, which the Palestinian administration in the West Bank has been boycotting since the US recognized Jerusalem as Israel’s capital in December. A spokesman for PA President Mahmoud Abbas added that “the Palestinian leadership will hold a series of important meetings… to take a fateful decision regarding our relations and agreements signed with Israel.” The threat, however, is not a new one, having repeatedly been issued over the past decade following what the PA deems to be Israeli violations of international law. Israel, meanwhile, justified its decision to demolish the buildings in Sur Baher due to their proximity to its security barrier, which extends throughout portions of territory under full PA administrative and security control. The razing of the structures, which so far housed 17 Palestinians, caused a diplomatic firestorm. The UN claimed they contributed to the “risk of forcible transfer” of Palestinians from the West Bank and eastern part of Jerusalem, while the EU alleged that they undermined the viability of the two-state solution. The demolitions came just days ahead of a planned visit to the Middle East by President Trump’s peace team, led by his senior adviser and son-in-law, Jared Kushner. The ostensible reason for the trip is to follow up on June’s American-sponsored conference in Bahrain, where the economic components of a US peace proposal for Israelis and Palestinians were finally unveiled.