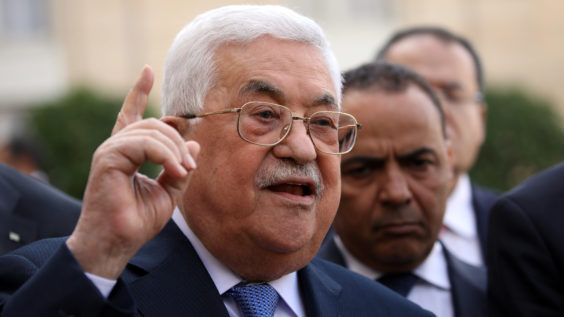 Palestinian Authority President Mahmoud Abbas on Tuesday refused to meet with a delegation of Republican lawmakers, and instead dispatched PA Prime Minister Mohammad Shtayyeh and chief peace negotiator Saeb Erekat. Abbas had been due to address the 31-member GOP delegation led by House Minority Leader Kevin McCarthy, but reportedly backed out at the last moment. Notably, the PA chief last week met with a similar delegation of Democratic legislators. “I think it’s because [President Donald Trump] has been awfully hard on Palestinians and very supportive of Israel – which is the right thing to do – and I think [Abbas] saw the Republicans as maybe not worth his time,” Israeli media quoted one US lawmaker as saying. During the meeting, Shtayyeh stressed that, “the peace process needs serious intentions; Israel does not have these intentions and the US is biased toward Israel.” Abbas imposed a boycott on the Trump Administration following its recognition in December 2017 of Jerusalem as Israel’s capital, and has repeatedly denounced the White House’s approach to solving the Israeli-Palestinian conflict.