Despite insistence by the president of FIFA of the importance of sports to peace, the head of the world body has been unable to... 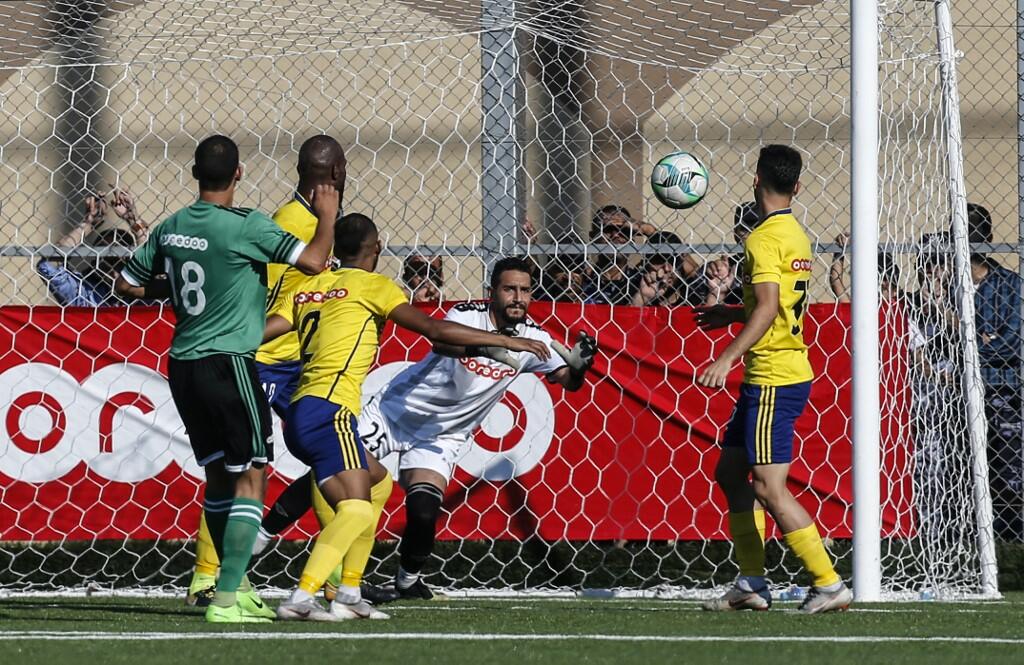 Despite insistence by the president of FIFA of the importance of sports to peace, the head of the world body has been unable to ensure that a Palestinian championship match between a West Bank and a Gaza team take place.

The Palestine Football Association (PFA) announced Tuesday that it had to postpone the Palestine Cup final due to take place in Nablus, between Balata FC, champions of the West Bank, and Khadamat Rafah, the Gaza champions, because of Israeli travel restrictions.

After 1-1 draw last Sunday in Rafah and the two teams were to play the second leg of the final in the West Bank city of Nablus.

According to a press statement issued by the PFA, “out of the 35 people on the Rafah team list, only four were approved; the club president, vice president, one doctor, and a single player. Two ‘extra’ administrators would be approved provided they agree to undergo interrogation at the Israeli-controlled crossing.”

The statement mocked the Israeli military saying “even in a surrealistic world, it is hard to imagine how these four (or six) gentlemen will be able to play the match!”

Susan Shalabi vice president of the Palestinian Football Association told Arab News that the FIFA headquarters were informed and they in turn passed the information to the Israeli association. “FIFA came back to us saying that the travel restrictions were for security reasons.” Shalabi called the Israeli use of the term security “the age-old cry of the oppressor.”

She said that this excuse continues to be so conveniently employed by the Israeli occupation to hinder the development of Palestinian football, and deprive Palestinians of their basic rights guaranteed by the human rights charter, the Olympic charter, and FIFA statutes.”

“Ever since the cancellation (in October 2017) of the FIFA committee headed by Tokyo Sewali to investigate Israeli violations, the Israelis have felt impunity and have become much more active in denying travel permits. This has given them a free hand to reject without any reason or worry,” said Shalabi.

“The Palestine Cup is the top competition in Palestine that brings the champions of the men’s national league in the northern region (West Bank) and southern region (Gaza) together, yet Israeli restrictions make it almost impossible to hold the match every year.”

A spokesman for the coordinator of affairs in the Israeli defense ministry told Arab News that they had in fact received the list 14 days before the match but noted that this was untimely. “An examination of the issue shows that, in this case, a request was received on June 16, 2019 for permits for a delegation of 35 members of the Khadamat Rafah soccer team for the purpose of participating in the soccer game that was expected to have taken place on July 1, 2019. Although the application was untimely and therefore made appropriate processing pursuant to the clear guidelines impossible, COGAT went beyond that which was required of it, and, by means of all of the relevant parties, carefully reviewed the application. In this case, the applications of five of the delegation’s members were approved after they were extensively examined pursuant to the required criteria. The rest of the delegation’s members were not approved due to security considerations.

In its statement the Palestine Football Association indirectly referred to the recent US-led workshop in Bahrain in which the FIFA president spoke about sports and peace, saying that sport will give hopes and dreams to those in Gaza and West Bank. “While more football is being discussed as a ‘bridge for peace’ in some political workshops, convened in the absence of Palestinians, the foundations for these bridges are being torn down by the occupation. The sad truth remains that, while more football pitches are promised, it remains questionable whether we can actually use these football-pitches-to-be with our footballers’ movement thus restricted, and while the equipment to build our football infrastructure continues to be held by the Israelis,” the PFA statement said.

The statement concluded by calling upon FIFA and the six Football Confederations under its umbrella to “help the Palestine Football Association safeguard its right to play football, and its obligation to organize national competitions and participate in international competitions by taking effective measures to make sure football is played in Palestine without hindrance.”