Pakistani foreign minister urged Sunday overseas Pakistanis to stage protests in front of Indian High Commissions across the world on Aug. 15.  “I would... 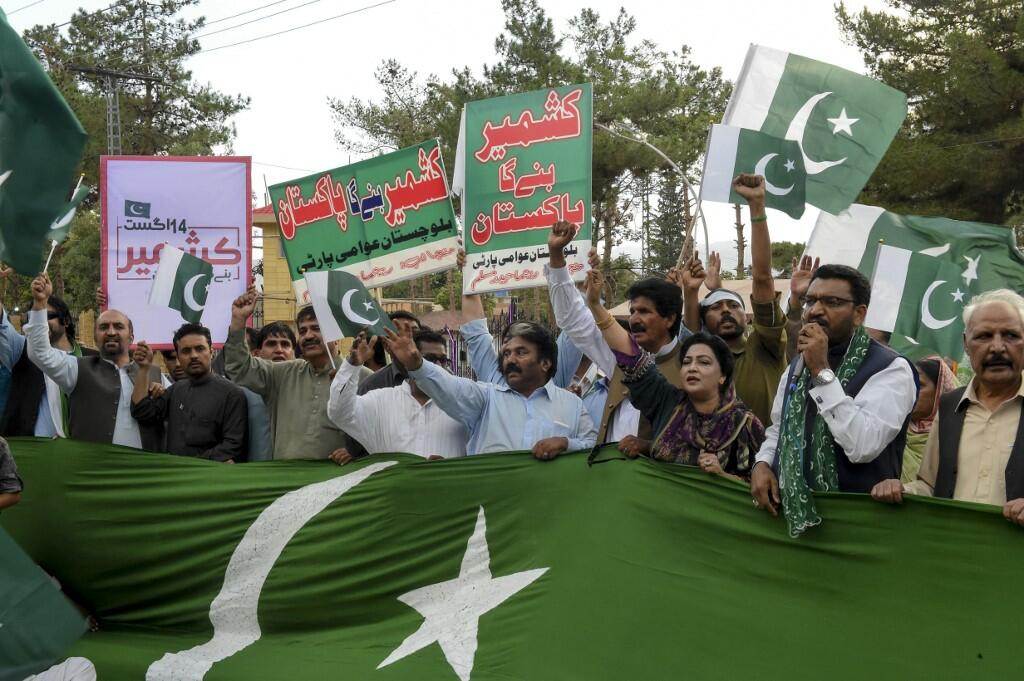 “I would urge every overseas Pakistani to step out on 15th August to register their protest in front of India High Commissions across the world to stand up against the unlawful, brutal and forcible occupation of IOK [Indian occupied Kashmir] by India,” Foreign Minister Shah Mahmood Qureshi tweeted.

Pakistani government announced on Wednesday to observe Aug. 15 as “black day” against Indian move to scrap special status of Indian administered Kashmir. India will celebrate its independence day on Aug. 15.

“We stand in solidarity with our Kashmiri brothers and sisters who are being oppressed, silenced and subjugated by a fascist regime which mirrors Hitler’s brutality in Munich,” Qureshi added.

Qureshi on Sunday has arrived in Muzaffarabad, capital of Pakistan administered Kashmir, to show solidarity with Kashmiri people.

According to the Foreign Ministry, he will perform Eid prayer with Kashmiri people and will lead a rally in Muzaffarabad.

“Pakistan has demanded India to ease curfew restrictions in occupied Kashmir on the eve of Eid al-Adha and allow Kashmiri people to offer sacrifices of animals on the occasion freely,” Qureshi told state-run Radio Pakistan.

Tensions between Islamabad and New Delhi, the two longtime rivals have further escalated following India’s move to revoke the special status of Jammu and Kashmir — which allowed Kashmiri citizens to enact their own laws and prevented outsiders to settle and own land in the territory.

Kashmiri leaders and citizens fear this step is an attempt by the Indian government to change demography of the Muslim-majority state, where some groups have been fighting against Indian rule for independence, or for unification with neighboring Pakistan.

The Himalayan region is held by India and Pakistan in parts and claimed by both in full.