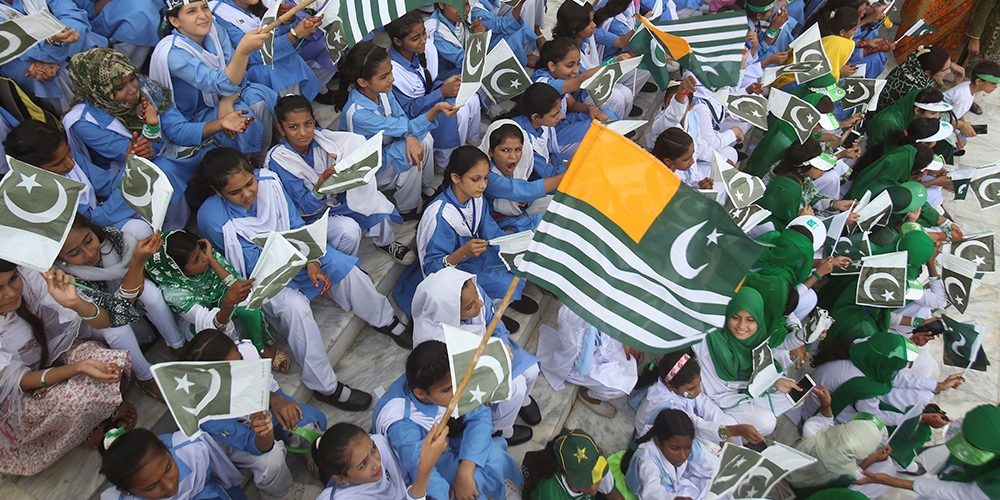 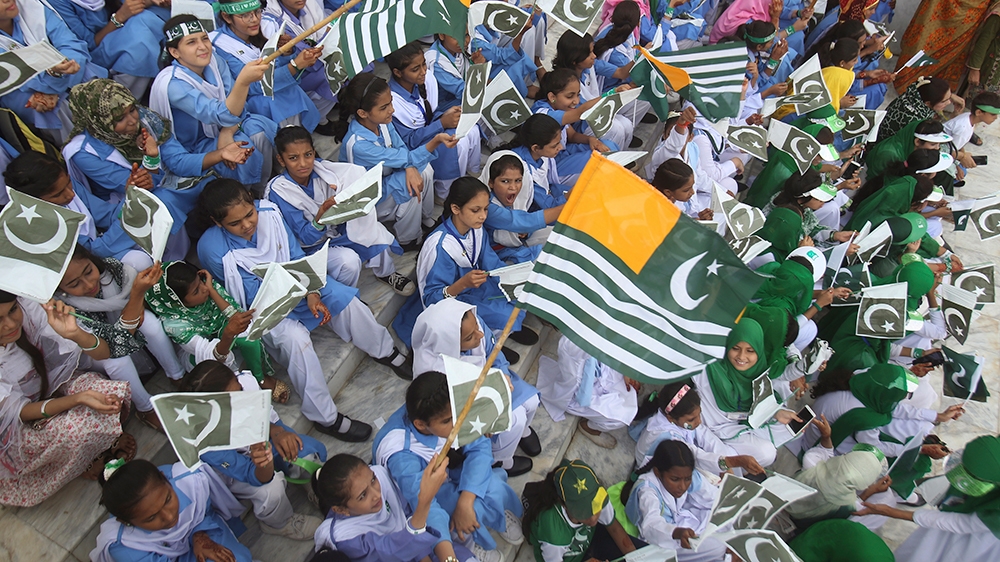 Pakistan’s Prime Minister Imran Khan has arrived in Pakistan-administered Kashmir as he reaffirms his support to the Kashmiri people in their struggle for self-determination amid heightened tensions with neighbouring India.

Khan’s visit on Wednesday to mark the country’s independence day came more than a week after India issued a surprise executive decree to stripping the special status of its portion of the Muslim-majority region.

Since the decree, issued on August 5, Indian authorities have imposed an unprecedented lockdown in the region – cutting off communication lines and restricting movement – now in its tenth day.

“Independence day is an opportunity for great happiness, but today we are saddened by the plight of our Kashmiri brothers in occupied Jammu and Kashmir who are victims of Indian oppression,” Khan said in a statement on Wednesday.

“I assure my Kashmiri brothers that we stand with them,” he said.

Government has decided to observe Independence Day this year as #KashmirSolidarityDay to show Pakistan’s support and unity with the people of Indian Occupied Jammu & Kashmir for their ongoing freedom struggle.#IndependenceDayWithKashmir #StandWithKashmir pic.twitter.com/aztlExiJ4t

Khan is expected to address the state assembly in Muzaffarabad, the capital of Pakistan-administered Kashmir, later on Wednesday.

“He is expected to to tell the politicians in the legislative assembly here that Pakistan stands shoulder to shoulder with the Kashmiris,” said Al Jazeera’s Osama Bin Javaid, reporting from Muzzaffarad.

“Pakistan’s government decided that today, the independence day, is not going to be celebrated, but rather be muted in solidarity with Kashmiris on the other side of the border,” he added.

He said Pakistan “will not leave Kashmiri people alone”. “Kashmiris are our [people]. We think of their pain as our pain. We have remained with them, we are with them today,” he said.

Both India and Pakistan claim the entire region of Kashmir in full, but rule it in part. The nuclear-armed neighbours have fought two of their three wars over the disputed Himalayan territory.

India’s crippling lockdown of the region was imposed to stave off a violent reaction to Kashmir’s downgraded status after New Delhi revoked Article 370 of the Indian constitution, which granted the Muslim-majority region considerable autonomy.

India’s revocation of special status for Jammu and Kashmir blocks the state’s right to frame its own laws and allows non-residents to buy property there.

India’s Hindu nationalist Prime Minister Narendra Modi’s government has also decided to divide the state into two “union territories” to be controlled by the federal government.

Restrictions on freedom of movement in the region will be eased after India’s independence day on Thursday, according to Jammu and Kashmir governor Satya Pal Malik.

While protests and clashes have reportedly occurred daily, the curfew and communications blackout have kept them largely subdued.

“India and Pakistan should resolve Kashmir without war,” said  Arshad Iqbal, who participated in a procession in Muzaffarabad against India.

“War will bring more poverty and hunger. Both the countries are already in depth of  backwardness,” the 57-year-old told Al Jazeera.

Pakistan’s government also said India’s independence day on Thursday will be observed as a “Black Day” this year, with flags on government buildings flown at half-mast to protest India’s decision.

India and Pakistan gained independence in 1947 when British colonialists left the subcontinent.