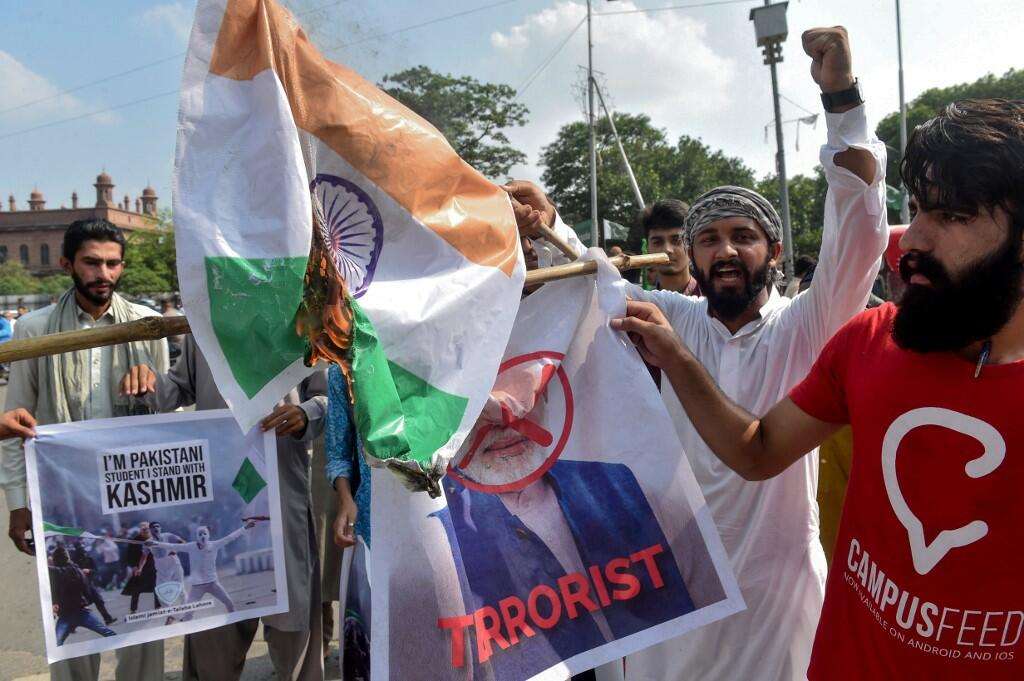 Pakistan downgraded diplomatic relations with India on Wednesday, expelling the Indian high commissioner and suspending trade links with New Delhi, amid a deepening row over the Indian government’s move to tighten its grip on disputed Kashmir.
New Delhi stripped the Himalayan region of its seven-decade-long semi-autonomous status on Monday through a contentious presidential decree, just hours after it imposed a crippling curfew on the valley.

Experts have predicted the move will trigger conflict with Pakistan, which has a competing claim to Muslim-majority Kashmir, and reignite an insurgency that has already cost tens of thousands of lives.

Delhi has said that the move is an internal matter.

But Islamabad has called for the international community to intervene and vowed to take the matter to the United Nations Security Council (UNSC).

“We will call back our high commissioner from Delhi and send back their envoy,” Foreign Minister Shah Mehmood Qureshi announced in televised comments Wednesday.

He spoke as the government released a statement declaring that Pakistan will suspend trade with India and review its bilateral ties with New Delhi.

“Prime Minister Imran Khan today chaired meeting of the National Security Committee” to discuss the “unilateral and illegal actions by the Indian government” in Kashmir, the statement said.

“The Committee decided to take following actions [sic]: – 1. Downgrading of diplomatic relations with India. 2. Suspension of bilateral trade with India. 3. Review of bilateral arrangements. 4. Matter to be taken to the United Nations, including the Security Council,” it continued.

He also called on the military to continue its “vigilance”.

Kashmir has been divided between Pakistan and India since the two countries gained independence in 1947.

A UN resolution calling for a plebiscite to determine the region’s future has never been implemented.

Pakistan and India have fought two of their three wars over the Muslim-majority territory.

Earlier this year they came to the brink of war once more, after a deadly attack in Indian-held Kashmir was claimed by a militant group based in Pakistan, prompting tit-for-tat airstrikes over the mountainous region.

The Pakistani military said Tuesday that it “firmly stands” with Kashmiris.

An armed rebellion against Indian rule has raged in the valley since 1989. More than 70,000 people have been killed since then, most of them civilians.

Kashmir has long been a semi-autonomous state where only local residents could buy land or take government jobs, but the Indian government’s move imposes direct rule and splits the territory in two, turning the Ladakh area into a new state.

The Kashmiri summer capital Srinagar appeared a ghost town on Wednesday as a security lockdown took hold, with armed soldiers on street corners and in front of barbed wire barricades among the very few people to be seen on the streets.