The Palestinian Authority has called for a “day of rage” on Tuesday, to coincide with the anticipated release of US President Donald Trump’s Middle... 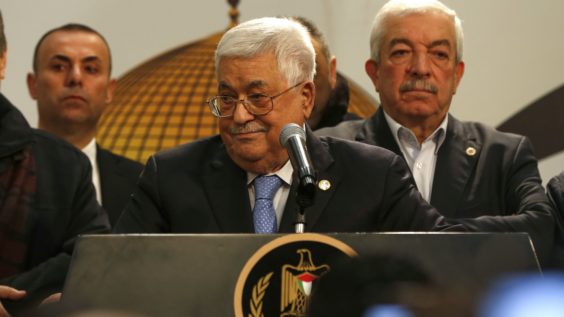 The Palestinian Authority has called for a “day of rage” on Tuesday, to coincide with the anticipated release of US President Donald Trump’s Middle East peace plan. Senior Palestinian officials have reiterated past warnings that they could end all previous agreements signed with Israel, including security cooperation in the West Bank, or, perhaps, go so far as to dissolve the PA entirely. Ramallah has already rejected the US peace proposal out of hand and refused to send a delegation to Washington, where de facto Israeli opposition leader Benny Gantz and caretaker Prime Minister Binyamin Netanyahu will attend meetings at the White House on Monday and Tuesday, respectively. The PA imposed a blanket boycott on the Trump Administration in the wake of its recognition in December 2017 of Jerusalem as Israel’s capital. According to media reports, the US peace proposal will be the most generous ever presented to an Israeli government, envisioning Israel’s annexation of large swaths of the West Bank – such as the Jordan Valley along with areas containing Jewish communities – and retention of full sovereignty over Jerusalem. A spokesman for PA President Mahmoud Abbas vowed to thwart “with the support of our people” what he described as an effort by Washington to “liquidate the Palestinian cause.” In anticipation of a possible outbreak of violence, the Israel Defense Forces have deployed six additional battalions to the West Bank. Meanwhile, one of Netanyahu’s key allies, Defense Minister Naftali Bennett, who heads the hard-right Yamina political union, has promised to torpedo any US plan that promotes the eventual creation of a Palestinian state.