Israel has arrested more than 50,000 Palestinian children since it began its occupation of the West Bank more than 50 years ago, new research... 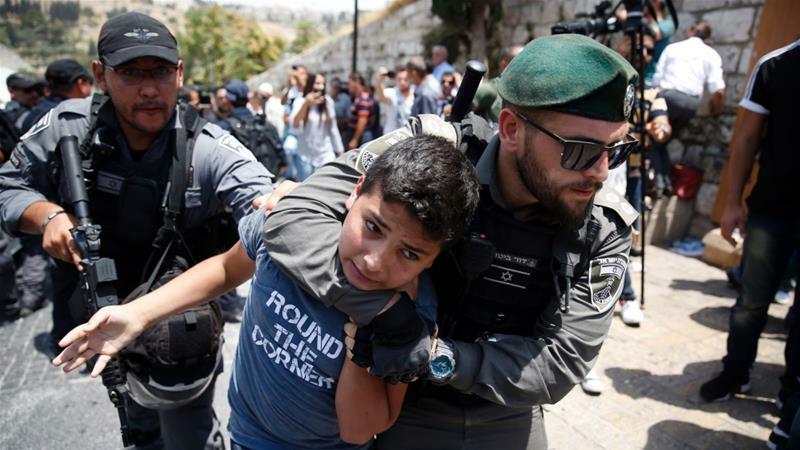 Israel has arrested more than 50,000 Palestinian children since it began its occupation of the West Bank more than 50 years ago, new research has revealed.

According to data released by the Palestinian Commission of Detainees and Ex-Detainees Affairs, more than 50,000 arrest cases among Palestinian minors were documented in the occupied West Bank since 1967, including 16,655 cases of child arrests since the Second Intifada which broke out in 2000.

Head of research in the Commission of Detainees and Ex-Detainees Affairs, Abdel Nasser Farawneh released the figures whilst speaking in the two-day fifth European conference on Palestinian prisoners.

The conference took place in Brussels on Saturday and addresses Israel’s systematic use of prisons as a part of its brutal occupation of Palestine.

Farawneh added arrests of children are part of Israel’s methodical policy to diminish any chance Palestinian children may have of living a normal childhood.

Israel has occupied the West Bank since 1967. More than 600,000 Israelis live in settlements in the occupied West Bank and East Jerusalem.

All Israeli settlements across the occupied West Bank are classed as illegal under international law, particularly Article 49 of the Fourth Geneva Convention, which asserts that “the occupying power shall not deport or transfer parts of its own civilian population into the territory it occupies”.

Israeli forces and settlers routinely attack Palestinians in the occupied territories, demolishing their homes, poisoning their livestock and vandalising their properties.