‘Our Patience Is Over’: Why Iraqis Are Protesting

SADR CITY, Iraq — In the morning, the squarely built father of four wore flowing tribal robes to receive visitors in his garden, but...

SADR CITY, Iraq — In the morning, the squarely built father of four wore flowing tribal robes to receive visitors in his garden, but by early afternoon he was in jeans, traveling light, his cellphone in one hand and his to-do list in his head.

He had a half dozen stops before he reached Tahrir Square in Baghdad, ground zero for the demonstrations now shaking Iraq.

The man, Bassim al-Kaabi, 41, is one of scores of people organizing the protests from Sadr City, a vast, impoverished neighborhood of Baghdad with a history of defying the government. 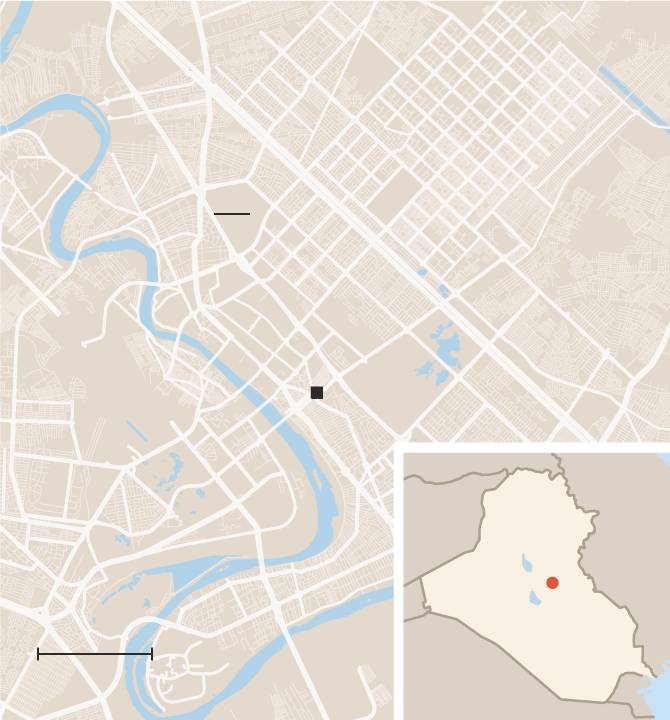 “Let us be frank, we are poor people in Sadr City and we need many things: schools, health clinics, jobs,” said Mr. al-Kaabi, who drives a taxi to support his family.

“What is a pity is that we believed the politicians who said, ‘vote for us and we will do our best for you,’” he said. “But then we found they were liars and so now we are saying, ‘enough.’”

For the last five weeks, more than 200,000 Iraqis across the country have gathered on any given day to demonstrate against the government. Security forces have killed at least 320 and wounded about 15,000, according to the United Nations office in Iraq.

The protesters are angry about corruption, unemployment and Iran’s influence. Many are educated, idealistic young people, who are mostly urban and secular. But the largest group are working-class and poor Shiite Muslims, either from the southern part of the country or with origins there.

These Iraqis have suffered decades of economic deprivation as well as government oppression by the Sunni Muslims, who controlled the government during the dictatorship of Saddam Hussein. And they have a history of violent resistance.

They feel frustrated that having endured his reign, the civil war that followed his overthrow and then the invasion of the Islamic State, their lives have seen little improvement.

Most of Sadr City’s residents are descended from people who migrated from Iraq’s south, and retain rural and tribal ties there. So the neighborhood offers a window into the passions driving the current protests and its roots in southern Iraq’s tradition of defiance.

With more than three million inhabitants, Sadr City is crowded and littered. Its larger boulevards give way to smaller unpaved streets and cracked asphalt alleys.

Public baths are a feature of life, a place for male bonding and a rare source of plentiful hot water. As in much of Baghdad, electricity is rarely on for more than half the day, but hardly any family can afford its own generator, so vast spider webs of wire spin out from ones shared by a neighborhood.

The heat in the summer means life is lived on the street, and in alleyways, makeshift gardens and empty lots. People sleep on the roofs to escape the indoor swelter.

Despite the deprivation, Sadr City is a place of intense energy that has produced some of Iraq’s best musicians and poets, as well as painters and sculptors.

“Sadr City was always like a quarry filled with clay and when you dig deep, you find jewels,” said Wagih Abbas, a poet and well-known Iraqi writer, who grew up in Sadr City.

Mr. al-Kaabi, known as Abu Tiba to his family and fellow protest organizers, lives with his wife and children in a small house his father built. On his street is a median strip. Like his neighbors, he has turned the portion outside his house into a small oblong garden.

Abu Tiba’s father tends the garden and has made the tight space into a haven of flowers and fruit trees — a reminder of the southern Iraqi gardens of his childhood. There are brilliant orange-pink lantanas, red desert roses, flowering jasmine and an apple and a fig tree.

His neighbor has turned a similar garden into an outdoor reception room, scattering it with carpets to receive friends and relatives. In one corner are two large birdhouses with singing canaries that taunt the chickens wandering in the grass. It is possible to sit here and forget the surrounding noise and ugliness.

Abu Tiba’s day started in earnest when he tore himself away from his garden and set out to prepare for the demonstrations.

Like many in Sadr City, Abu Tiba still has family in the south. His cousin was executed by Saddam Hussein, and he has endured the humiliation of a corrupt system — paying for a government job only to be denied the position

“The nature of Sadr City is tribal and the ethic of the tribe is that if something happens to one person, then everyone starts to help in their own way,” he said, explaining why it was so easy to find people to help the protesters.

He stopped first on a street corner where a friend who runs a catering business was supervising young men stirring six caldrons bubbling with lentil and soybean soup — enough to serve 500 protesters.

Next was a quick visit to one of Sadr City’s oldest markets, where butchers and fishmongers, greengrocers and cloth sellers work cheek by jowl.

One butcher closed early to make sandwiches for protesters’ dinners. Nearby a fruit seller plucked Abu Tiba’s sleeve and showed him a large burlap blanket heaped on the floor, then whipped it away like a magician to reveal the 100 watermelons ready to take to Tahrir Square.

At a cloth store, the deaf son of the owner had been collecting money from other stalls. He signed to Abu Tiba that he now had $140 and would be making sandwiches for the demonstrators; could someone take them to Tahrir Square? Yes, someone could, Abu Tiba nodded.

It is easy to find transport for the protesters; in Sadr City, ancient taxis spew fumes next to horse-drawn wagons and thousands of tuk-tuks. Rarely seen in more affluent Baghdad neighborhoods, the three-wheeled, motorized tuk-tuk has become the demonstrators’ unofficial bus and ambulance service.

The first settlers in Sadr City, mostly poor farmers and fishermen, came more than 60 years ago to escape the punishing feudal system run by wealthy sheikhs who cared little for those who worked their fields and harvested their date trees.

Revolt and resistance was part of their identity. Their grandfathers in the south resisted British efforts to colonize Iraq in 1920. They lost that battle but not their suspiciousness of outsiders.

Most Sadr City residents, like many people in southern Iraq, are followers of Muqtada al-Sadr, a nationalist and populist Shiite cleric and leader whose family long resisted the authority of Saddam Hussein’s Baath Party.

The dictator assassinated Mr. al-Sadr’s father and brothers, and tortured to death other family members. Those loyal to the Sadr family suffered as well.

There was forced conscription during the Iran-Iraq war, from 1980 to 1988. “Almost every family was touched by this,” said Mr. Abbas, the Sadr City poet.

There was routine targeting of anyone trying to pray in public, which Saddam Hussein saw as an effort to rally the Shiites against the ruling Sunnis, said Sheikh Jalil al-Sarkhi, 70, a cleric and Sadr City native, who leads a modest mosque there.

“I could be arrested just for carrying a prayer rug,” he said.

Those decades of resistance prepared Sadr City for its fight against the Americans.

Mr. al-Sadr wanted the United States military out of Iraq. When the Americans came and tried to subdue his militias, United States soldiers were relentlessly attacked.

Sadr City today remains armed and ready to defend its own.

The Sadr Organization, of which Abu Tiba is a member, and which has ties to Mr. al-Sadr’s militia, is helping to coordinate the protests from the neighborhood. Its members are thick on the ground at the protests, controlling strategic positions.

In midafternoon, Abu Tiba met with leaders of his sub-tribe, the Al Bunda. There were about 20 men in tribal robes and their sons and a few daughters, dressed neatly as if for the first day of school; they climbed into minibuses, taxis, a pickup truck and a jeep.

As they drove off, all of Sadr City seemed to be coming along with them. At a traffic circle, a father and daughter clambered into the pickup. Everyone was waving flags and honking horns.

Abu Tiba’s group parked more than a mile from the protests and unfurled its tribal flag.

Out of nowhere some of the men produced instruments — a large drum and the traditional southern reed flute. The group half walked, half danced the final mile, chanting, “Shala kala, kulhom haramiya” or “Pull them out by the roots, all of them are thieves.”

A woman who had brought her five children — all wearing tribal flags — said she had come from Sadr City to support “our brothers.”

“Really I want change,” said Najla Latif, 42. “Our patience is over now, we waited 16 years after Saddam and we still have nothing.”