Only one in six dental practices in Wales are offering treatment to new adult patients on the NHS, according to research by the British... 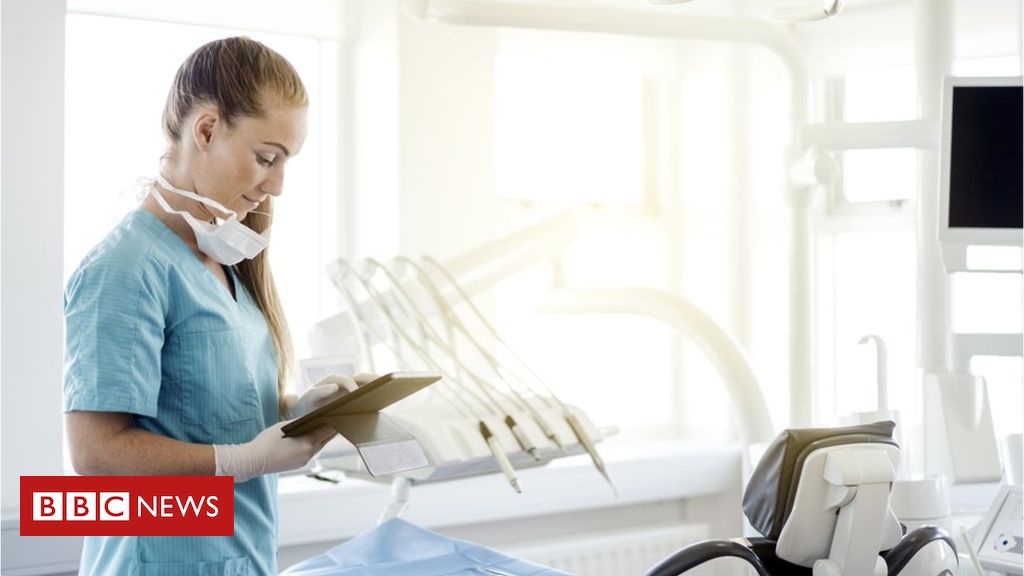 Only one in six dental practices in Wales are offering treatment to new adult patients on the NHS, according to research by the British Dental Association (BDA).

It also found just over a quarter of 355 dental practices in the country were taking on new child NHS patients.

The BDA is campaigning for a change in the way dentists are paid, which it said has caused an “access crisis”.

The Welsh Government said it was reforming the contract with dentists.

A large variation between different health board areas was found by researchers when they contacted practices in April.

In the Hywel Dda health board, which covers Carmarthenshire, Ceredigion and Pembrokeshire, no practices were taking on new adults on the NHS and only one out of 45 was taking on new children – defined as those up to 16 years of age or 18 if they are in full-time education.

Across Wales, the BDA said just over 40% of practices reported taking daily inquiries from new patients asking for appointments.

One practice in the Cardiff and Vale health board area said they received more than 60 calls a day from would-be patients.

Lauren Harrhy, a dentist with her own practice in Pontypool said about 95% of her patients are NHS, but the practice has had to stop taking on more of this type of patient as they “just don’t have capacity”.

Ms Harrhy added that they have also given up maintaining a waiting list.

Chair of the BDA’s Welsh general dental practice committee Tom Bysouth, said a “broken” NHS contract was fuelling a recruitment and retention crisis and called on the Welsh Government and health boards to change the system.

“For too many families in Wales, NHS dentistry is now just a nice idea rather than a reality they can depend on,” he added.

“We’ve found practices giving up on even going through the motions with waiting lists.

“NHS patients are left with few options but to travel or miss out on the care they need.”

How does the NHS Wales dental contract work?

In 2006, a new contract was introduced in Wales and England which changed how dentists were paid.

Dentists went from being paid per item of service delivered – for example, per filling – to being paid for courses of treatment and a total target amount of work each year. They can be paid as much for doing 10 fillings as they would be for one.

Those who hit their quota early in the year are unable to do more NHS work, even if they have capacity, because they will not be paid any more for it.

Those who cannot make their targets face financial penalties, known as “claw-back”.

The BDA said patients who require more time spent on them can lead to dentists missing their targets, and practices in areas of deprivation having to hand money back.

It said the contract effectively caps the number of patients dentists can treat, and there is only enough funding for around half the population.

The assembly’s health committee has recommended a complete change, and the end to the target-driven system.

The Welsh Government said it was “disappointing BDA Wales fail to recognise the significant changes we are making as part of our on-going dental contract reforms”.

A spokesman said the BDA was actively involved in this programme and the changes had been welcomed by the 94 practices across Wales who were already participating.

He said there were over 35,000 more patients receiving NHS dental care than five years ago, but they were working to reach a position “where everyone in Wales who wants access to NHS dental care can get it”.