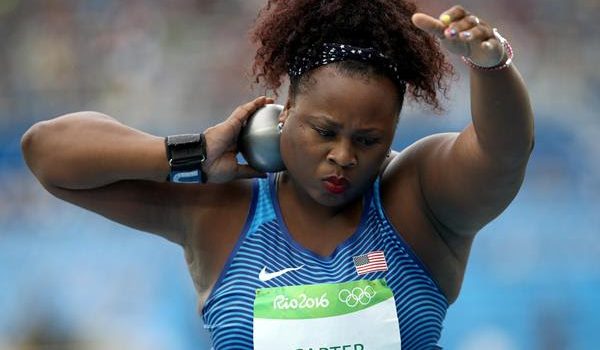 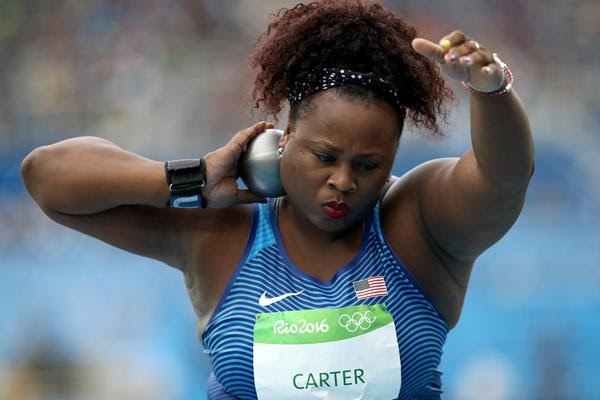 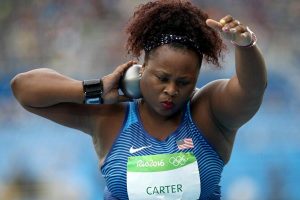 Carter has generously donated to the IAAF Heritage Collection the USA team top which she wore on the morning of 12 August 2016 in the qualification round of the Rio 2016 Olympic Games. At those games Carter became the first American to win the women’s Olympic shot put title since the event was first contested in 1948.

“My donation to IAAF Heritage is about ‘giving-back’ to the sport which has done so much for me,” said Carter, the 2016 IAAF world indoor champion. “I had the example of my father’s throwing career to inspire me. I hope the public display of my Rio uniform will help to motivate future generations of kids to take up sport, keep fit and have the confidence to excel at whatever they choose to do in life.”

Carter, who will be competing at the IAAF World Athletics Championships Doha 2019, has taken the bronze medal at the last two editions in Beijing and London.

Carter’s Rio top will join hundreds of other track and field artefacts on public display in the IAAF Heritage World Athletics Championships Exhibition, which is situated in the City Center Doha, the largest shopping mall in Qatar. The exhibition, which was opened on 18 April by IAAF President Sebastian Coe, will run through to Monday 7 October, a day after the end of the IAAF World Athletics Championships in Doha (27 Sep to 6 Oct).

Among the other interesting throwing artefacts on display in Doha are Valerie Adams’ warm-up shot from the London 2012 Olympic Games and Anita Wlodarczyk’s hammer with which, on 1 August 2015, she threw a world record of 81.08m, the first 80m+ throw by a woman.

The IAAF Heritage World Athletics Championships Exhibition is open from 10am to 10pm every day (until midnight on Thursday, Friday and Saturday). The exhibition is located in 400m2 space on the 3rd floor of the City Center Doha, 4th Street, West Bay Area.