Officials from Countries to the Joint Comprehensive Plan of Action (JCPOA), Will meet June 28 in Vienna in an Attempt to Salvage the Deal

Analysts skeptical that 2015 accord can be salvaged without US backing Officials from countries that remain party to the Joint Comprehensive Plan of Action... 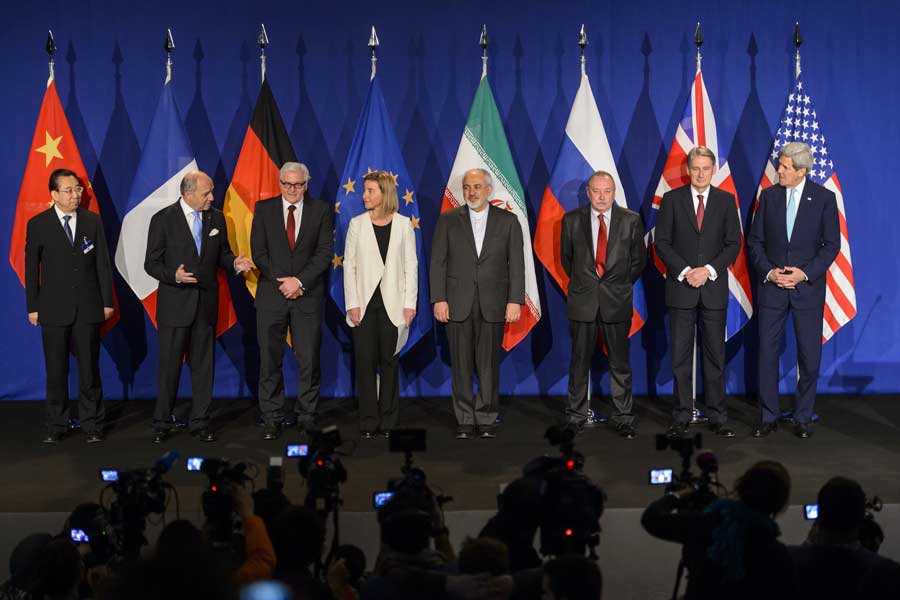 Analysts skeptical that 2015 accord can be salvaged without US backing

Officials from countries that remain party to the Joint Comprehensive Plan of Action (JCPOA), informally known as the Iran nuclear deal, will meet June 28 in Vienna in an attempt to salvage the accord. Britain, France, Germany, Russia and China have been attempting to devise a complex financial mechanism to allow continued non-dollar trade with Tehran, in a bid to skirt US economic sanction reimposed by President Donald Trump after he withdrew from the atomic pact last May.

“The Iranians would expect some tangible economic benefits as initially promised [four years ago],” Eckart Woertz, a senior research fellow at the Barcelona Center for International Affairs, told The Media Line. In this respect, the nuclear deal provided the Islamic Republic with tens of billions of dollars in sanctions relief, in exchange for its agreement to curb its atomic program.

Woertz stressed that “a failed JCPOA would mean the risk of a nuclear arms race in the Middle East with Saudi Arabia, Turkey and Iran as the main players [alongside] Israel.”

Dr. Ali Alavi, a teaching fellow at the University of London’s School of Oriental and African Studies agrees, adding that, “Iran remained committed to its [obligations] and [thus] expects the remaining signatories to maintain dyed-in-the-wool [positions] and to [uphold] the agreement.”

Alavi nevertheless emphasized to The Media Line that “the risk of having the accord aborted is more likely now than last year.”

The Iran deal is deemed by many as arguably then-US president Barack Obama’s hallmark foreign policy achievement, one rolled back by President Trump who argues that the deal did not guarantee that Tehran would not acquire the bomb in the long-run, nor did it address the Islamic Republic’s regional expansionism and development of ballistic missiles.

The meeting later this month comes after Iran recently threatened to exceed its permitted stockpile of enriched uranium as stipulated by the JCPOA, and also warned that it could possibly begin producing the substance at near-weapons grade levels.

As such, Woertz predicted, other nations will attempt to keep Iran in compliance with the pact by “offering diploma[tic support] and some enticement that the US could possibly re-enter the agreement in the future, although that looks unlikely as long as Trump is president.”

However, most experts believe that, without the US administration on board, it will be nearly impossible to save the accord.

In this respect, Woerz argues that European countries, in particular, have put themselves in a difficult place by spearheading attempts to circumvent President Trump’s Iran policy, which is tantamount to “pissing the US off.” He qualified, however, that “Russia and China are probably more willing to take risks in this regard than the European Union.”

Indeed, he elaborated, “one problem is that European politicians can hardly order private companies do trade with Iran, if that means risking their access to the US market and incurring serious fines. China and Russia have more possibilities in this regard, as they have large state-owned companies or businesses that are closely [aligned with the government],” Woertz said.

Not everyone, however, believes that the Iran deal is worth rescuing.

“I fully support the government of [Israel’s position that] the nuclear deal was a very bad deal,” Uzi Rubin, a previous director of Israel’s Missile Defense Organization, told The Media Line.

To make a deal with [the Iranians] is to actually give them respectability,” Rubin said. “Now they are trying to take over great tracts of the Middle East, destabilizing countries, and I think that the deal encouraged them to do that.”

Prof. Arshin Adib-Moghaddam, author of several books about Iran and a colleague of Dr. Alavi’s in London, argues that the upcoming meeting is evidence of poor decision-making in European capitals.

“The Vienna meeting is the latest installment in a disappointing saga littered with diplomatic failures of the European Union,” Adib-Moghaddam told The Media Line.

“We have also been teetering on the brink of war,” he said, “because of the inability of the EU…to salvage the JCPOA which should have been hailed as one of the most successful multilateral agreements against [nuclear] proliferation in the 21st century.”

Alavi further suggested that breaching the deal “would create an atmosphere of mistrust among the global community. Any future agreements might be seen by many states as not necessarily abiding,” he explained.

Sir Adam Thomson, director of the London-based European Leadership Network, told The Media Line that “US sanctions are very effectively destroying the Iran nuclear deal. But I don’t think the [Vienna] meeting will be the end of the road for diplomacy.”

In fact, even as tensions skyrocket in the Gulf following several Iranian-attributed attacks on shipping and oil assets, both Washington and Tehran have repeatedly declared their opposition to war. Whether a formal sit-down of sorts – as requested by President Trump and rebuffed to date by Iranian Supreme Leader Ali Khamenei – materializes is an altogether different story that is unlikely to end with handshakes all around.