WASHINGTON — The Trump administration on Thursday piled new economic sanctions onto its ever-growing pressure campaign against Iran, but it also opened access to... 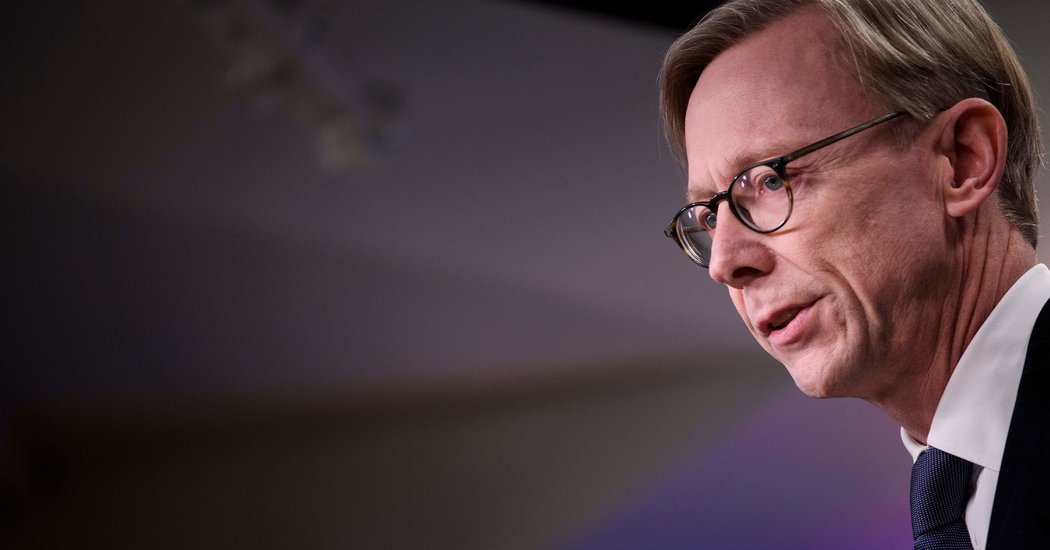 WASHINGTON — The Trump administration on Thursday piled new economic sanctions onto its ever-growing pressure campaign against Iran, but it also opened access to medicine for cancer and organ transplant patients in an effort to turn Iranians against their leaders.

The medicines are being sent to Iran through businesses in Switzerland, whose government has acted as a conduit between Washington and Tehran. Brian H. Hook, the State Department’s special envoy for Iran policy, said at least one European company had already delivered the prescriptions to patients.

Mr. Hook accused Iran’s clerical government of diverting millions of dollars for medical supplies to buy items like electrical cable and tobacco products. In other cases, he said, Tehran sold medicines on the black market and used the profits to fund its military proxies in Yemen, Syria, Lebanon and Iraq.

“I’m sure there are more examples we don’t know about, but the Iranian people know that their regime, not American sanctions, are to blame for their difficulties getting medical supplies,” Mr. Hook told reporters.

The access to medicine was an effort to fuel Iranian frustration against Tehran after weeks of violent protests over gasoline prices and the government’s downing — and initial cover-up — of a Ukrainian commercial airline earlier this month while it launched missile strikes against American military bases in neighboring Iraq.

Iran’s economy has been decimated by sanctions that the United States resumed against Tehran in 2018, when President Trump withdrew from a deal among world powers that limited Iran’s nuclear program. The Trump administration maintains that the deal, struck in 2015 under President Barack Obama, only strengthened the threat that it says Iran poses across the Middle East.

The economic sanctions are intended to force Iran back into negotiations for a new deal, but Ayatollah Ali Khamenei, the country’s supreme leader, has refused.

Mr. Hook also announced on Thursday a new round of economic penalties targeting the Atomic Energy Organization of Iran and its chief officer, Ali Akbar Salehi, for violating the limits on uranium enrichment as set under the 2015 agreement that Mr. Trump jettisoned.

That accord is still recognized by other world powers, and European leaders see its preservation as the best way to keep Iran’s nuclear program in check while also pursuing new trade and business investments in the country.

But Iran has slowly stepped back from key components of the deal, in a countermove to pressure Europe to help it avoid American sanctions.

Mr. Salehi, a former foreign minister of Iran, helped negotiate the nuclear deal in its early stages. In early January — days before the Iranian military mistakenly shot down the Ukrainian jet — Tehran said it would no longer adhere to the accord’s limits on how many centrifuges it could install to enrich uranium, which is used in nuclear weapons, or the level at which it could be enriched.

That caused the European signatories — Britain, France and Germany — to formally notify Iran that the deal was in grave danger of falling apart and that Tehran could, as a result, face international sanctions down the road.

On Thursday, Mr. Hook called on the United Nations to return to its demands from before the nuclear deal to prohibit Iran from enriching uranium. He said Europe’s warning to Tehran this month signaled “a growing impatience by the international community with Iran threatening to expand its nuclear program.”