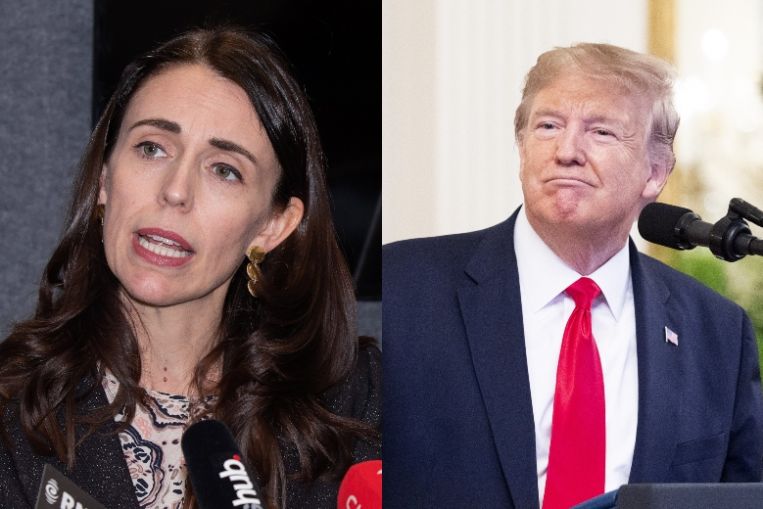 WELLINGTON (REUTERS) – New Zealand Prime Minister Jacinda Ardern said on Tuesday (Sept 17) she plans to meet with US President Donald Trump in New York next week, in what would be the first formal bilateral discussions between the two leaders.

The 39-year-old New Zealand prime minister is often contrasted with Mr Trump for her views on issues including women’s rights, climate change and diversity.

Ms Ardern joined a march championing women’s rights after Mr Trump’s inauguration in 2017, before she was elected prime minister.

She has publicly rejected Mr Trump’s view on the threat of white nationalism and recently said she “completely and utterly disagreed” with his comments telling four minority women lawmakers to go back to where they came from.

Asked by reporters in Wellington about her personal relationship with Mr Trump, Ms Ardern said it was “absolutely fine”.

“My job is to represent New Zealand and our interest. Having good relationships is important,” she said. “It will mean from time to time we take different perspectives but it should never get in the way of us having a good dialogue on the things that matter, including issues of trade,” she added.

New Zealand was a strong advocate for the 12-nation Trans-Pacific Partnership (TPP), which Mr Trump withdrew the United States from in 2017. A modified trade pact without the US was formed last year.

Mr Trump and Ms Ardern have met informally before and have spoken over the phone but the meeting scheduled for sidelines of the United Nations General Assembly in New York would be the first formal sit-down bilateral.

Ms Ardern shot to prominence after an unexpected victory in New Zealand’s 2017 election and has been feted globally as part of a new wave of progressive, young leaders that included France’s Emmanuel Macron and Canada’s Justin Trudeau.

Ms Ardern’s pregnancy, maternity leave and the birth of her daughter while in office also set her apart, with many people seeing it as symbolising progress for women in leadership roles.

Ms Ardern said she never characterised the 2017 rally she attended in Auckland as an anti-Trump rally, and joined it to continue focusing on the gains women have made.

Often speaking out on climate change, multi-lateralism and inclusiveness, Ms Ardern will be giving a keynote speech at the UN Secretary General’s Climate Action Summit.

Ms Ardern has said she disagrees with Mr Trump’s view that white nationalism was not a growing problem, after a suspected white supremacist killed 51 Muslim worshippers in Christchurch in March.

When asked by Mr Trump what support he could offer following the attack, Ms Ardern said: “Sympathy and love for all Muslim communities.”