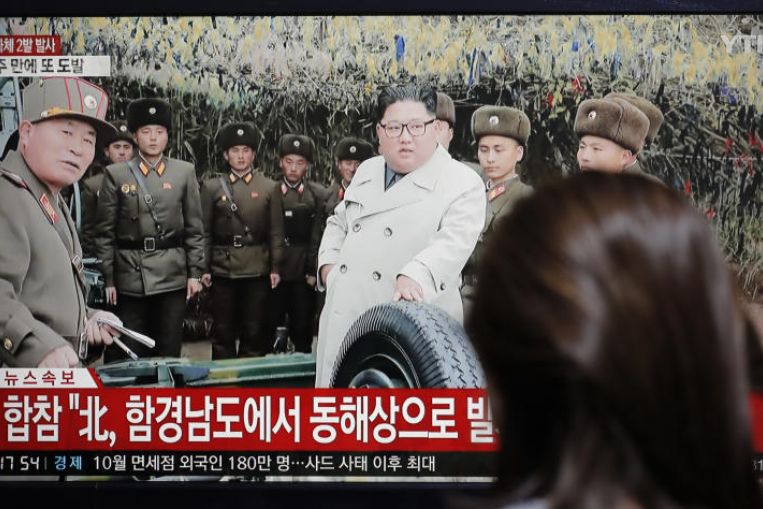 North Korea fired two short-range projectiles into the sea off its east coast on Thursday in what appeared to be a fresh try out of its new multiple rocket launchers following three previous tests, South Korea’s military said.

The latest test could be a Thanksgiving reminder to the United States of a year-end deadline Kim has set for Washington to show flexibility in their stalled denuclearisation talks.

Pyongyang’s official KCNA news agency said Kim oversaw the latest test, as he did with previous tests in August and September. He did not attend the last one in Oct 31.

“The volley test-fire aimed to finally examine the combat application of the super-large multiple launch rocket system proved the military and technical superiority of the weapon system and its firm reliability,” KCNA said.

“The Supreme Leader expressed great satisfaction over the results of the test-fire.”

Kim has set an end-year deadline to kick-start the talks with Washington, but negotiations remain stalemated after a working-level meeting last month broke down.

North Korea has demanded biting sanctions be lifted and warned it could take a “new path,” raising concerns it may resume nuclear and long-range missile testing suspended since 2017.

US top nuclear negotiator Stephen Biegun said last week the year-end deadline was an artificial one, but could mean a return to “provocative” steps that preceded the past two years of diplomacy.