PYONGYANG (AFP) – On the neighbouring mound to Mansu hill, where giant statues of Kim Il Sung and Kim Jong Il look out over... 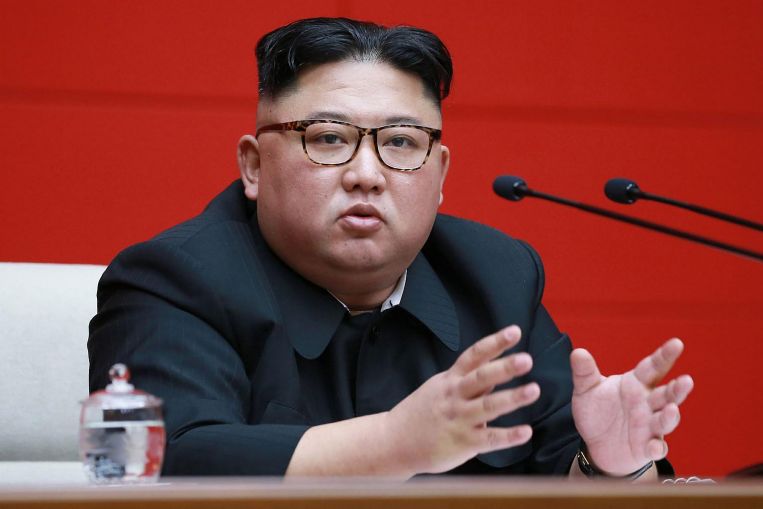 PYONGYANG (AFP) – On the neighbouring mound to Mansu hill, where giant statues of Kim Il Sung and Kim Jong Il look out over North Korea’s capital, stands the Liberation Tower.

The star-topped stone obelisk has a bronze Soviet Union flag at its base and and a panel showing Soviet and Korean troops going into battle together against the Japanese.

The ties between Pyongyang and Moscow, once its most important ally, go back decades. And after years of abeyance, current leader Kim Jong Un – the son and grandson of the chiefs immortalised on Mansu hill – is looking to revive links with nuclear negotiations with Washington deadlocked and as he seeks a counterbalance to China.

Mr Kim is expected to meet Russian President Vladimir Putin in Vladivostok this week, reportedly on Wednesday (April 24) and Thursday.

Few details have been released, but the summit – the first between the two neighbours’ leaders since Kim Jong Il met Mr Dmitry Medvedev eight years ago – comes less than two months after the Hanoi meeting between Mr Kim and US President Donald Trump broke up without reaching agreement on the North’s nuclear arsenal.

Pyongyang last week launched a blistering attack on US Secretary of State Mike Pompeo, demanding he be removed from the negotiations.

Mr Kim has met Chinese President Xi Jinping four times in the space of a year but is now looking for wider international support in the standoff, say analysts.

Moscow has already called for international sanctions on the North to be eased, while the US has accused it of trying to help Pyongyang evade some of the measures – accusations Russia denies.

After the Hanoi summit, Russia’s ambassador to the North Alexander Matsegora told AFP Pyongyang had been disappointed by the outcome.

In its state media, when Mr Kim “departed from Pyongyang the purpose was the second summit and when he returned he returned from an official visit from Vietnam”, he said. “It means that it was not the result they wanted to get.”

Washington should offer concrete concessions rather than “only promises, which are nothing”, he added. “It is not acceptable.”

The inscription on the monument in Pyongyang proclaims that “the great Soviet Union military” had “liberated Koreans from Japanese oppression” and their “heroic” deeds “will shine for 10,000 generations and more”.

In fact the Soviet Union only declared war on Japan on August 8, 1945 – after the US nuclear bombing of Hiroshima.

The destruction of the city and the follow-up strike that reduced Nagasaki to a post-atomic hellscape forced Japan’s surrender, ending World War II and Tokyo’s colonial rule over the peninsula.

But Pyongyang’s official history gives the US barely any credit for its role in that conflict, and blames it for the division of the Korean peninsula, glossing over an agreement to do so between Moscow and Washington.

The Soviets later installed Kim Il Sung as the North’s leader. An exile who fought as a guerrilla against Japanese forces in occupied China, he had fled to the Soviet Union, where records show his son Kim Jong Il was born – although Pyongyang insists his birthplace was a secret camp on the sacred Mount Paektu.

Moscow was a crucial backer of Pyongyang’s and main aid provider during the Cold War, while Russian became a compulsory foreign language in the North’s schools – Kim Jong Il is said to have been a fluent speaker.

That legacy will help the two leaders cement their relationship, said Mr Ahn Chan-il, a North Korean defector and researcher in Seoul.

“Kim Jong Un’s role model has always been his grandfather, not his father,” he explained.

The USSR began to reduce funding to the North as it began to seek reconciliation with Seoul in the 1980s, and Pyongyang was hit hard by the demise of the Soviet Union.

China has since stepped in to become the isolated North’s most important ally, its largest trading partner and crucial fuel supplier.

During the Cold War his grandfather was adept at exploiting the Communist rivalry between Beijing and Moscow to extract concessions from both.

“It’s part of the North’s Juche – self reliance – ideology not to rely on a single ally,” said Mr Jeong Young-tae, an analyst at the Institute of North Korean Studies in Seoul.

“Pyongyang has a group of experts on diplomacy who have been in their post for decades. They’ll know how to play the game if it ever becomes necessary for Pyongyang to play off its allies against each other.”