The Yonhap news agency in South Korea said the projectiles flew 450km and reached an altitude of 37km North Korea has fired... 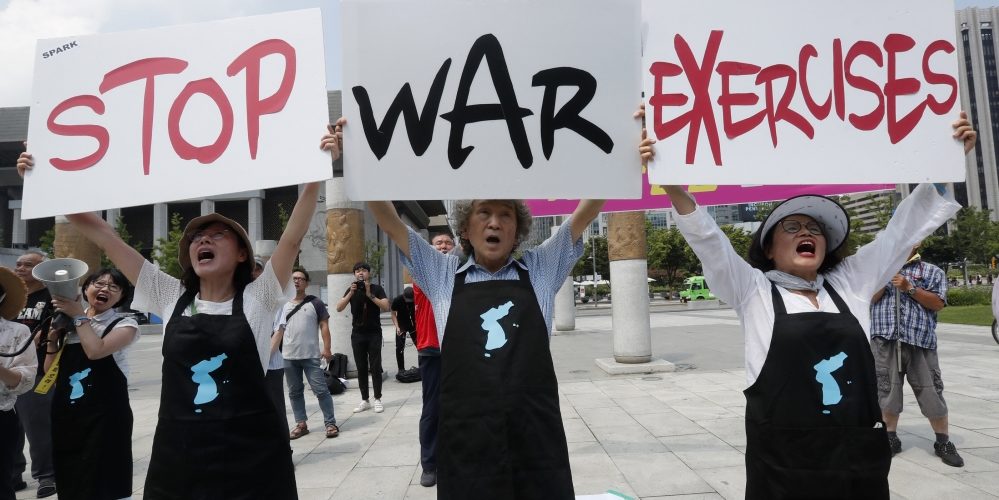 The Yonhap news agency in South Korea said the projectiles flew 450km and reached an altitude of 37km.

The North, criticising the South Korea-US military drills and the use of high-tech weapons, has fired a series of missiles and rockets since its leader Kim Jong Un and US President Donald Trump agreed at a June 30 meeting to revive stalled denuclearisation talks.

North’s foreign ministry said the drills, which Pyongyang sees as an invasion rehearsal, leave the country “compelled to develop, test and deploy the powerful physical means essential for national defence”.

Trump has played down the tests by saying they did not break any agreement he had with Kim but the talks have yet to resume.

Analysts believe the tests are designed to improve North Korean military capabilities and to pressure Washington to offer more concessions.

A senior Trump administration official said: “We continue to monitor the situation and are consulting closely with our South Korean and Japanese allies.”

In Seoul, South Korea’s defence minister and the heads of the National Security Office and the National Intelligence Agency were meeting to discuss the latest firing of short-range projectiles, Ko Min-jung, a spokeswoman for the presidential office, said on Tuesday. 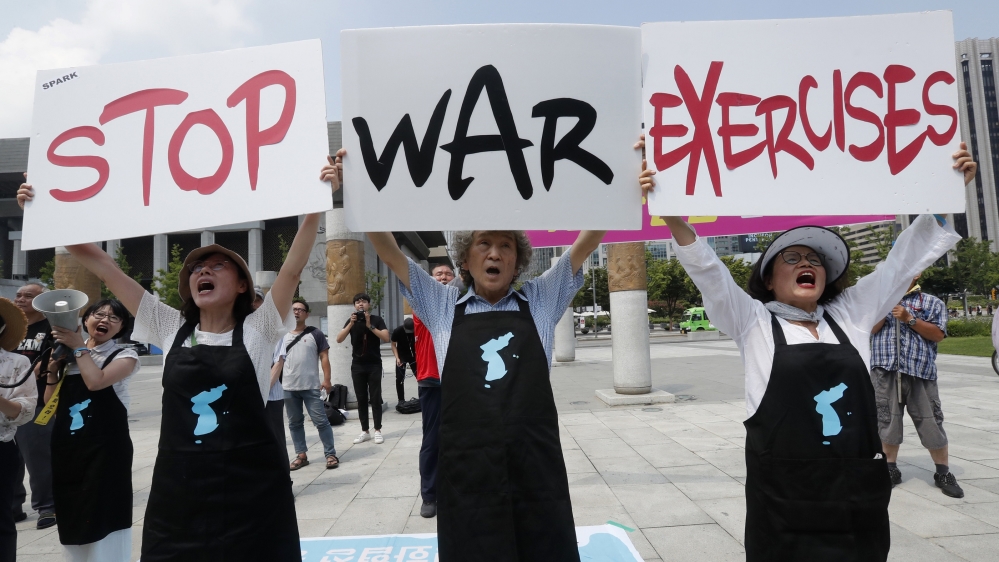 However, Pyongyang “will be compelled to seek a new road as we have already indicated” if South Korea and the United States continue with hostile military moves, he said.

The arrival of new, US-made F-35A stealth fighters in South Korea, the visit of a US nuclear-powered submarine to a South Korean port, and US tests of ballistic missiles are among the steps that have forced North Korea to continue its own weapons development, the spokesman said.

“The US and South Korean authorities remain outwardly talkative about dialogue,” he said. “But when they sit back, they sharpen a sword to do us harm.”

North Korea has repeatedly complained that the US and South Korea’s joint military drills violate a pledge made by Trump to Kim.

South Korean media reported that the joint military exercises had started on Monday.

The latest launch also comes as a United Nations report said on Monday that Pyongyang has “continued to enhance its nuclear and missile programmes” and used cyberattacks to take in $2bn to fund the development.

The testing of short-range missiles by North Korea is covered by a 2006 UN Security Council resolution demanding that Pyongyang suspend all activities related to its ballistic missile programme.

Short-range missiles pose no threat to US territory but do put at risk its allies Japan and South Korea and the tens of thousands of US troops stationed in both countries.

Japan’s defence ministry said it did not see any imminent threat to Japanese security from the latest projectile launch by North Korea.