South Korean protesters hold signs urging the US to stop sanctions against North Korea North Korea said on Thursday it has “no... 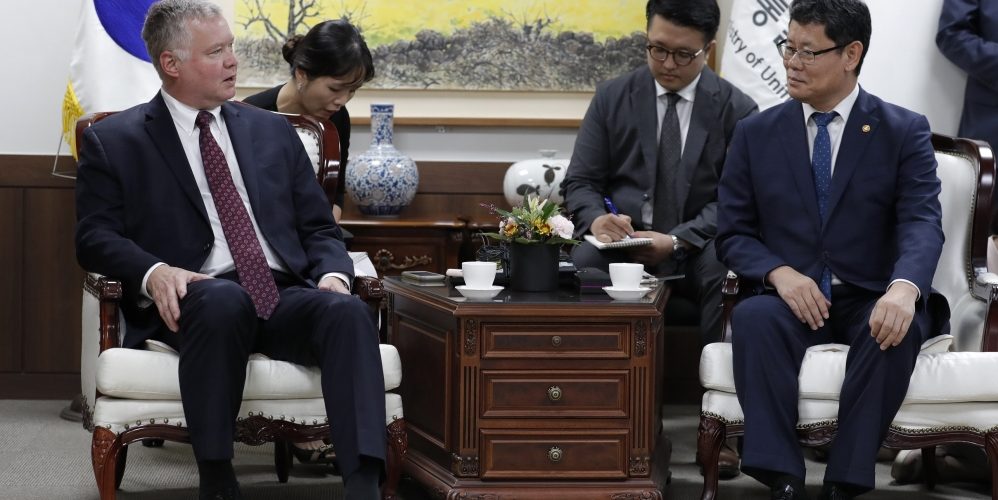 North Korea said on Thursday it has “no interest” in dialogue unless Washington stops “escalating hostile military moves”, as a senior US envoy visited Seoul with an eye on reviving nuclear talks with Pyongyang.

Talks between Pyongyang and Washington have stalled since the second summit between US President Donald Trump and North Korean leader Kim Jong Un in Hanoi in February collapsed without an agreement.

The pair met again in June in the Demilitarised Zone and agreed to restart working-level dialogue, but those talks have yet to begin.

Meanwhile, North Korea has carried out several short-range missile tests in recent weeks in protest against annual US-South Korea joint military drills that it sees as a rehearsal for an attack.

Stephen Biegun, the United States‘s special envoy for North Korea who leads the working-level talks, arrived in Seoul on Wednesday for a three-day trip and said Washington was “prepared to engage” as soon as it hears from Pyongyang. 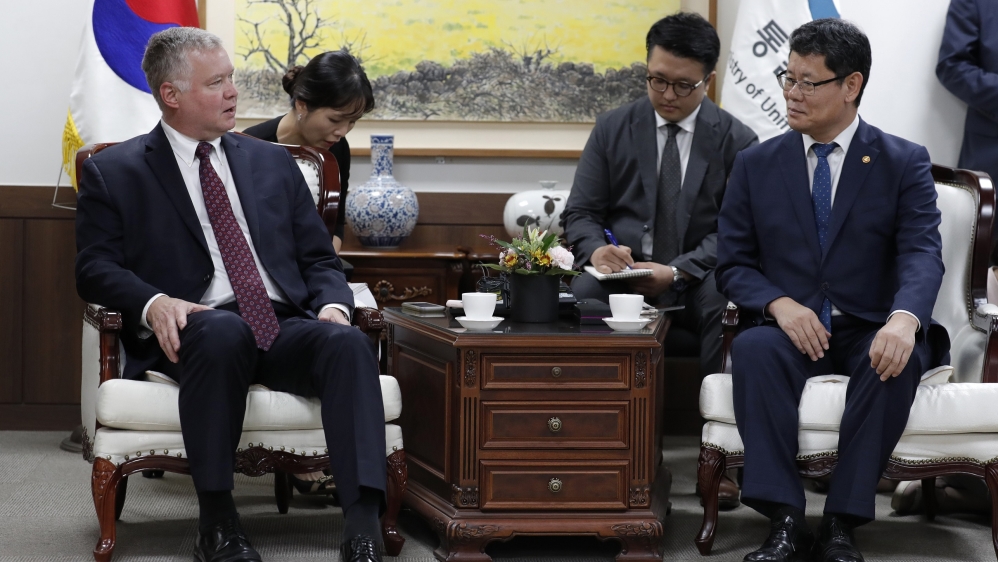 But a spokesman for the North’s foreign ministry dashed hopes for renewed dialogue on Thursday, attacking a recent mid-range cruise missile test by the US and plans to deploy F-35 fighter jets in the region as “dangerous” moves that can “trigger a new cold war”.

“This compels us to weigh a realistic way of turning our attention more to strengthening the physical deterrence,” he said in a statement carried by the official Korean Central News Agency.

“We remain unchanged in our position to resolve all issues in a peaceful manner through dialogue and negotiation,” he added.

“However, dialogue accompanied by military threats is of no interest to us.”

In Seoul, South Korean deputy national security adviser Kim Hyun-chong remained upbeat about the possibility of talks saying the US and North Korea are expected to reopen negotiations soon.

“My impression was that North Korea and the United States would carry out dialogue soon, and it would go well,” Kim told reporters after the one-hour meeting, without elaborating.

Washington stations nearly 30,000 troops in the South to defend it from its neighbour.

Earlier this month, Trump wrote on social media that Kim had sent him a letter – hand-delivered to him – in which he expressed hope that talks would resume “as soon as the joint U.S./South Korea joint exercise are over”.