South Korea said the projectiles were fired from near the North Korean province of Kangwon North Korea has fired two unidentified projectiles... 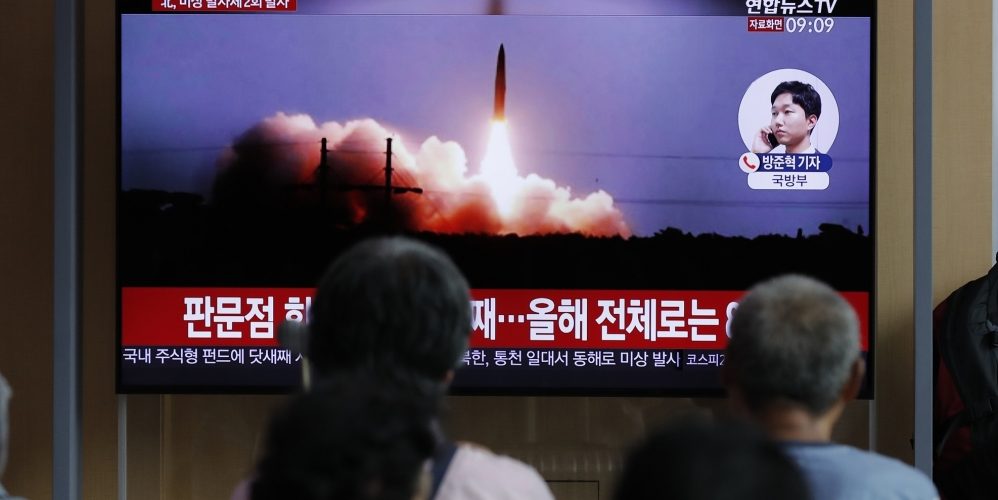 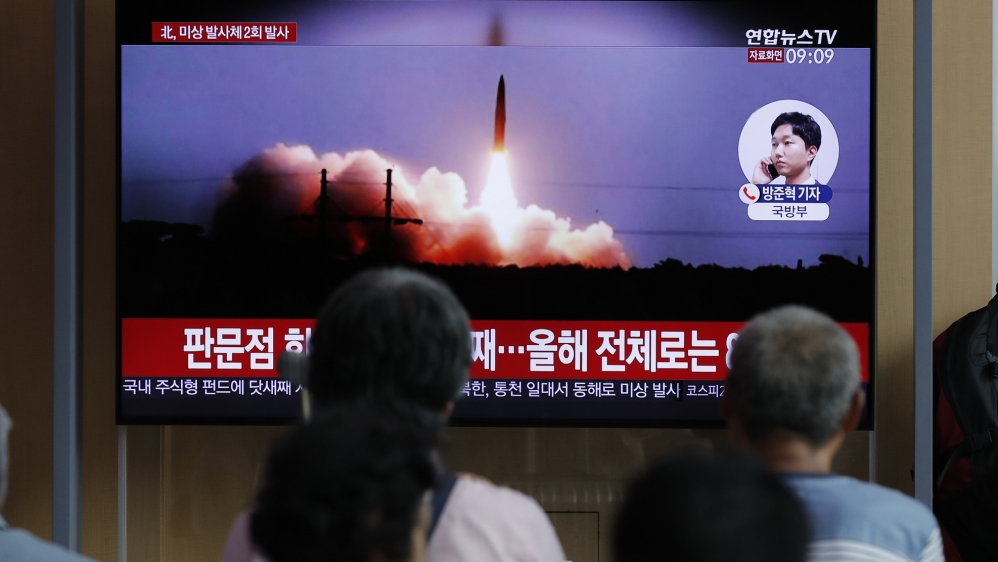 North Korea has fired two unidentified projectiles into the sea off its eastern coast on Friday morning, South Korea’s Joint Chiefs of Staff (JCS) said in a statement.

It is the latest in a series of launches to protest US-South Korea joint military drills.

It was the sixth round of launches in less than three weeks.

The South Korean military said the projectiles were fired from near the city of Tongchon of Kangwon Province into the East Sea, also known as the Sea of Japan.

“The military is monitoring the situation in case of additional launches while maintaining a readiness posture,” the JCS said.

It was the sixth round of launches since last month, with North Korean leader Kim Jong Un labelling them a “solemn warning” over US-South Korean joint military drills that began earlier this month.

North Korea has always been infuriated by the war games, decrying them as rehearsals for invasion.

Earlier ON Friday, Pyongyang’s Committee for the Peaceful Reunification of the Country released a statement saying it rejected comments by South Korean President Moon Jae-in on Thursday that outlined his desire for unification, and said it had nothing else to discuss with South Korean authorities.

In a speech marking the anniversary of Korea’s liberation from Japan’s 1910-45 rule, Moon outlined a goal of “achieving peace and unification by 2045”, although his single five-year term presidency ends in 2022.

The North’s statement blamed the South for the deadlock of the “historic Panmunjom declaration”, adding: “We have nothing to talk any more with the south Korean authorities nor have any idea to sit with them again.”

North Korea’s recent tests have dampened the optimism that followed the third and latest meeting between Trump and Kim on June 30 at the inter-Korean border.

The leaders agreed to resume working-level nuclear talks, but there have been no known meetings between the two sides since then.

So far, North Korea has stuck by its unilateral suspension of nuclear and long-range missile tests, which came during its diplomatic outreach to Washington last year.