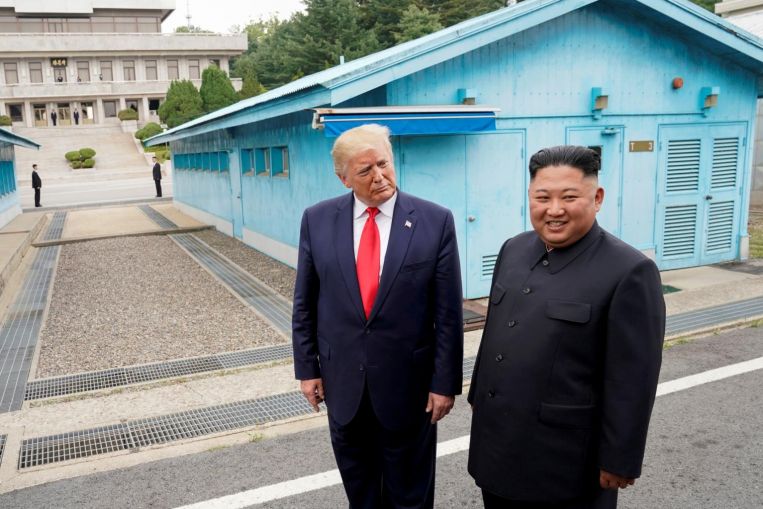 Negotiations between Pyongyang and Washington have been gridlocked since a second summit between the North’s leader Kim Jong Un and US President Donald Trump in February ended without a deal.

The pair agreed to restart working-level dialogue during an impromptu meeting at the Demilitarised Zone (DMZ) dividing the two Koreas in June, and Pyongyang last week offered to hold those talks in late September, a move the US said was “encouraging”.

But hours later, Pyongyang carried out the latest in a series of weapons tests.

A senior official from the North’s foreign ministry said on Monday that “discussion of denuclearisation may be possible when threats and hurdles endangering our system security and obstructing our development are clearly removed beyond all doubt”.

North Korea has always insisted that security guarantees would be necessary as part of any deal – but it has not generally demanded them as a precursor to negotiations.

The director-general of the department of US affairs, who was not named, said in a statement carried by the official Korean Central News Agency that working-level talks were expected to be held “in a few weeks”.

It was up to Washington whether it would prove to be an opportunity or “an occasion to precipitate crisis”, he added.

“A proposal that the US put forward at the negotiations may improve the relations and, on the contrary, may add to the hostility towards each other.”

Pyongyang has also threatened to pull out of talks with Washington and has blasted senior US officials in recent months.

Despite the escalation in tensions, Mr Trump has insisted his relationship with Mr Kim remains unharmed, and the pair have exchanged personal letters in the absence of talks.

At their first summit in Singapore last year, Mr Kim and Mr Trump adopted a vaguely-worded statement on the “complete denuclearisation of the Korean peninsula” but little progress has since been made on dismantling the North’s nuclear programme.