There’s been no indication from either Prime Minister Binyamin Netanyahu or Israel’s Interior Ministry as to whether US Rep. Ilhan Omar (D-Minnesota) will be... 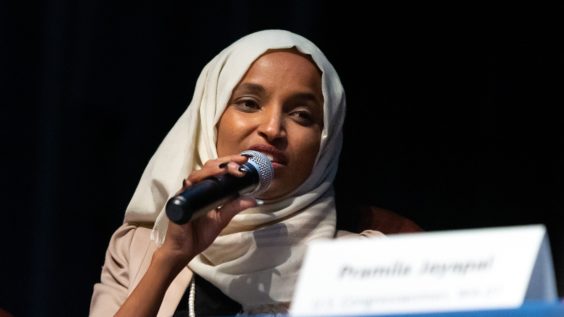 There’s been no indication from either Prime Minister Binyamin Netanyahu or Israel’s Interior Ministry as to whether US Rep. Ilhan Omar (D-Minnesota) will be allowed into the country should she follow through on an announcement that she plans to make the trip. Omar, one of the recipients of recent insults believed aimed at Democratic lawmakers of color by President Donald Trump, presented a House resolution earlier this week saying US citizens should be free to boycott anything as part of their constitutional right to free speech. The Somali-born congresswoman introduced the bill to push back against lawmakers seeking to quash the anti-Israel BDS (boycott, divestment and sanctions) Movement. She further angered supporters of Israel by saying that fighting BDS would be like fighting the boycott of Nazi Germany or the Soviet Union. Israel recently passed legislation that allows authorities to deny entry to anyone suspected of supporting BDS. The law has been enforced on numerous occasions for activists. In related news, several Israeli politicians have lashed out at Netanyahu for failing to criticize President Trump for saying Democratic lawmakers unhappy with US policies should, in effect, go back to where they came from. He mentioned no one by name, but the dots could easily be connected, and critics of the president, including those in Israel, called the comment racist.