No Clear Winner Yet in Israeli Election

With about 90 percent of the ballots counted on Wednesday, data show Israeli Prime Minister Binyamin Netanyahu’s Likud party running neck-and-neck with – and... 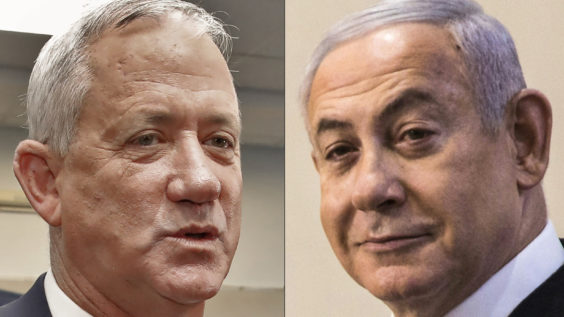 With about 90 percent of the ballots counted on Wednesday, data show Israeli Prime Minister Binyamin Netanyahu’s Likud party running neck-and-neck with – and even a little behind – the centrist Blue and White list led by Netanyahu’s main rival, retired general Benny Gantz. Even more important, the outcome of the September 18 voting for other parties shows little chance for anything but a government of national unity, where factions from across the political spectrum agree to put aside their major differences and settle for merely running the country. For the past several weeks, Gantz has been calling for a unity government that locks out Israel’s ultra-Orthodox parties but includes the Likud – although without Netanyahu at its helm. The prime minister is facing indictments in three corruption cases, and the Blue and White leader says that fighting the charges would take too much of Netanyahu’s time for him to successfully lead the country, even on a rotational basis.