Nippon Paint pours into Australia's DuluxGroup with $3.7b offer 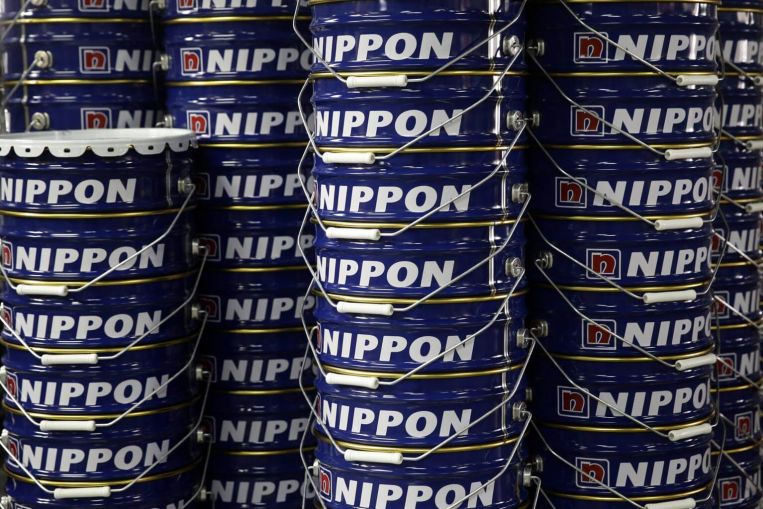 The cash deal was recommended by the Dulux board and sent its stock soaring 28 per cent to the offer price, a record high.

It would catapult Nippon Paint, the world’s fifth-largest paint maker, from a bit player to the biggest paint seller in the region. It also offers investors in Dulux, whose paint colours more than a quarter of Australia’s homes and buildings, a chance to cash out at the end of a long construction boom.

“The price point that they’ve paid is quite incredible,” said portfolio manager Jun Bei Liu at Tribeca Investment Partners, a fund manager which exited DuluxGroup stock ahead of a slowdown in the building materials sector.

“People are really calling this the top of the market.”

The proposal comes after Nippon Paint has scoured the globe for big deals to buy growth away from its stagnant home market.

It is also the latest in a slew of high-priced Japanese acquisitions in Australia as cashed-up firms seek exposure to an economy that has grown for nearly three decades.

However, it lands as the engine of that growth, Australia’s construction sector, begins to sputter.

Building approvals – a forward indicator of demand for home improvement products – have hit their lowest since 2013 and home values are tumbling at their fastest pace in a generation.

Dulux stock jumped to the offer price of A$9.80, while the broader Australian market fell 0.2 per cent by midsession. Nippon Paint shares fell 3.5 per cent in Tokyo.

The stock had risen 180 per cent since it was spun out of chemical manufacturer Orica Ltd in 2010.

But Nippon Paint’s offer comes as the steady pace of its target’s growth slows, with annual revenue growth in 2018 lagging the prior year, even as Dulux acquired new businesses.

“Absolutely they are going to have some exposure,” said Daniel Cuthbertson, managing director at Value Point Asset Management, referring to the building slowdown. But, he added, a resilient renovation market and the fact that painting comes at the end of building jobs would support sales into the future.

Nippon Paint chief executive Tetsushi Tado in a statement issued by Dulux said the Australian company would be run as a separate division and he expected no change to its leadership, manufacturing or operations if the deal proceeded.

Nippon Paint’s move comes amid a surge in outbound Japanese deals, driven by a mature and shrinking domestic market with Australia a favourite destination.

Buyouts from Japan in Australia hit US$6.5 billion last year, their highest since 2015, Refinitiv data showed.

Nippon Paint’s proposed buyout would be the biggest from a Japanese entity since Japan Post Holding Co Ltd’s ultimately disastrous purchase of Australian logistics firm Toll Holdings for A$6.5 billion in 2015.

In 2017, Nippon Paint was rebuffed in a US$9.1 billion play for US rival Axalta Coating Systems.

Its proposal for Dulux will need approval from foreign investment regulators in Australia and New Zealand.

The companies expect the deal to close in August. Macquarie Capital is advising Dulux on the transaction while Nomura is financial adviser to Nippon Paint