US rapper and hip-hop artist seeks to affirm importance of gender rights and freedoms in kingdom In a move of solidarity, American hip-hop star... 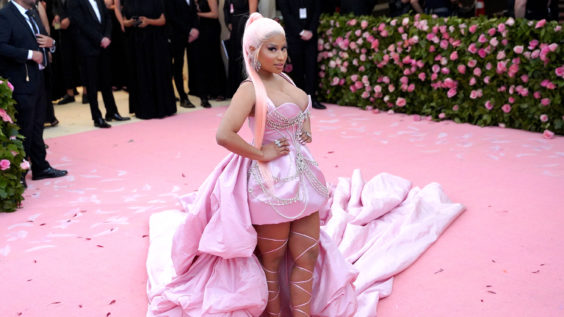 In a move of solidarity, American hip-hop star and rapper Nicki Minaj announced the cancelation of her participation in the Jeddah Music Festival in Saudi Arabia next week, which will be broadcast worldwide.

She attributed her decision to her support for women’s and gay rights.

“Having learned more about the issue and although all that is rumored is just a presentation to the masses in Saudi Arabia, I found it important for me to clearly underscore my support for the LGBTQ community and freedom of expression,” Minaj explained through her publicist to the AFP news agency.

Last year, Saudi Arabia’s public prosecutor sought the death penalty against five human-rights activists. This came after a crackdown in the kingdom that led to the arrest of at least 13 women under the pretext of “maintaining national security.”

Authorities in the ultra-conservative Sunni Muslim nation have accused several of the women of “serious crimes,” including “participating in protests in the Qatif region,” “incitement to protest,” “chanting slogans hostile to the regime,” “attempting to inflame public opinion,” “filming protests and publishing on social media” and “providing moral support to rioters.”

Lama al-Sulaiman, a Saudi businesswomen who is vice president of the Jeddah Chamber of Commerce, told The Media Line that Saudi women were not interested in Minaj’s decision.

“She is free and can make her own decisions for herself,” she said. “Anyhow, Minaj’s participation has no impact on the lives of the Saudi women.”

Sulaiman explained that Saudi Arabia today is witnessing “incredible” reforms in terms of women’s rights, where women are moving quickly into leadership positions as well as other sectors in the kingdom.

“I’ve lived in Saudi Arabia since I was born and I’m having an amazing life and achieving [things],” she said.

Sulaiman added that Saudi Arabia is ruled by Islamic law, and this fact should be respected.

The announcement of Minaj’s participation in the festival as the main event engendered various reactions in Saudi Arabia that ranged from joy to shock and disappointment because of what her detractors called her “provocative” dancing and revealing clothing, in addition to the profane words in her lyrics.

Samar Fatany, a Saudi writer and journalist, told The Media Line that Saudis were happy with the American singer’s decision.

“No one here [would be] excited or delighted to see her,” Fatany said, adding that Minaj’s decision to come, and then stay away, might be a publicity stunt.

“I don’t think she’s a person with principles,” she said. “For us as Saudis, we are in a better place than what she’s representing.”

Moreover, Fatany said that women in the kingdom now had rights more than ever: “So what is she talking about?”

Recent reforms by Saudi Crown Prince Mohammed bin Salman have directly impacted the lives of the women in the kingdom. Changes range from granting women the right to an education and increasing their participation in the workforce to allowing them to travel locally and drive a vehicle without a male relative as chaperone.

Nizar Makani, a Tunisian political analyst and instructor at the country’s Institute of Press and News Science, emphasized the need to differentiate between the Middle East and the West, alluding to the deep differences in culture.

He said the American singer took the step to express how she feels about Riyadh’s practice of freedoms and “maybe pressure Saudi Arabia for substantive change rather than just formal change.”

Makani stressed that the Saudis are viewed by other Arab nations and the West as being “old and ruled by force, [although it] has huge amounts of money that enables it to normalize [its relations] with other countries.”

In April 2018, the US State Department issued a report condemning human rights abuses in Saudi Arabia, noting the continued and arbitrary arrests of civilian activists and restrictions on freedom of expression. According to the report, the violations also extended to executions without due process, torture and the detention of lawyers and jurists.

Voicing her support for Minaj was Rahaf Mohammed, a Saudi woman living in self-imposed exile.

“Thank you @NICKIMINAJ for your support for the rights of women,” she tweeted. “Another step in the right direction – freedom from oppression for women in Saudi Arabia and support for human rights!”

Mohammed made headlines in January when she was detained at Bangkok’s international airport while on her way from Kuwait to seek asylum in Australia, reportedly due to abuse at the hands of relatives for having renounced Islam – which in Saudi Arabia can be punishable by death.

The Thais were ready to send her back to Kuwait, which almost surely would have extradited her back to her home country, so she took to social media seeking assistance. As a result, the United Nations declared her a refugee, and she was granted asylum by Canada. She lives today in Toronto.