News Daily: PM in Scotland to 'renew ties' and business 'not ready for no deal'

If you want to get this briefing by email, sign-up here Boris Johnson wants renewal of ‘ties that bind UK’ Parliament might be in... 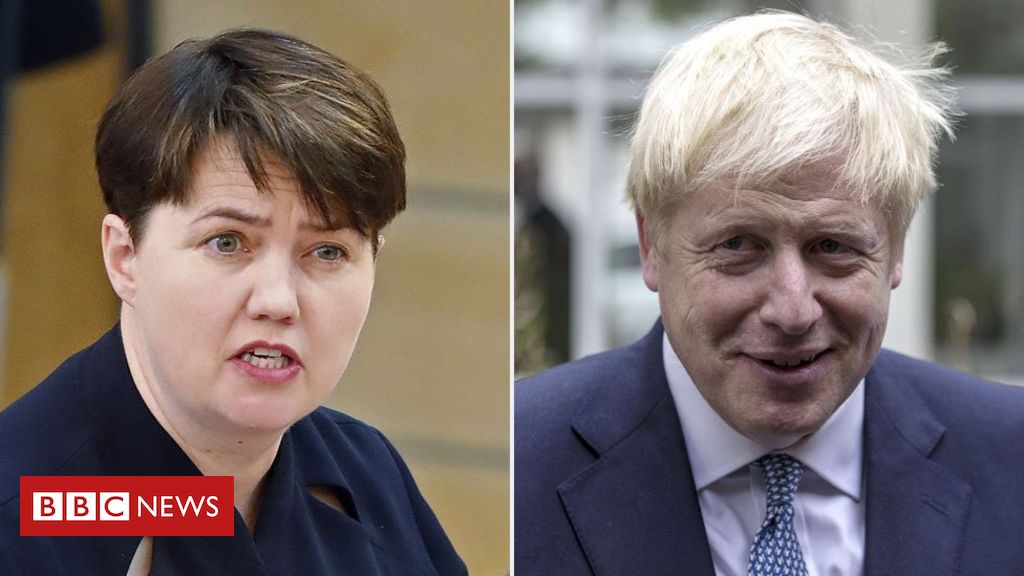 Parliament might be in recess, but Boris Johnson’s breathless start to life as prime minister continues with a visit to Scotland. He’s announcing £300m in funding to help communities in Falkirk, the Islands and Argyll and Bute, as well as parts of Northern Ireland and Wales. “As we prepare for our bright future after Brexit, it’s vital we renew the ties that bind our United Kingdom,” Mr Johnson says.

However, comments that ministers were working “on the assumption” of a no-deal Brexit have been criticised by both opponents and some within his party – notably Scottish Conservative leader Ruth Davidson. Scotland’s First Minister, the SNP’s Nicola Sturgeon, and her Welsh counterpart, Labour’s Mark Drakeford, have told the prime minister it would be “unconscionable” for the UK to leave the EU without a deal.

Business ‘not ready for no-deal Brexit’

The government might be stepping up its no-deal Brexit planning, but businesses “remain hampered by unclear advice, timelines, cost and complexity”, according to the Confederation of British Industry. After interviewing thousands of firms of all sizes and sectors, the lobby group concludes neither the UK or EU is prepared for a no-deal scenario, and says 24 of 27 areas of the UK economy are likely to experience disruption. The government says it has done more to prepare than the CBI’s report implies.

Meanwhile, the chief executive of car manufacturer Vauxhall tells the Financial Times it could move all production from its Ellesmere Port factory if Brexit makes it unprofitable. The move would put at risk the Cheshire plant and 1,000 jobs.

A man in his 20s is recovering after getting trapped in rocks as the tide came in, having saved a toddler from water off the Norfolk coast. Coastguards, firefighters, police and paramedics worked to free the man, who was up to his neck in water for several hours near Sheringham’s east promenade.

Witness Lissy Jackson says she watched trucks arrive to bring rock-breaking equipment to the rescue crews. Emergency workers kept the man’s head above water and used breathing apparatus during what the coastguard described as “a very frightening experience” for him.

The people quickest to criticise Love Island are often those who haven’t actually watched it. And it’s an easy show to throw stones at. On the surface, it seems pretty superficial – good looking people wearing bikinis, lying around in the sun, going on nice dates. So what has made Love Island so successful?

Perhaps most importantly, it’s relatable… “The dramas they go through, the conflicts they have to navigate, they’re things many of us have to navigate ourselves,” says Lucy Beresford, psychotherapist and author of Happy Relationships. “There’s also a bit of schadenfreude – viewers think ‘thank goodness we haven’t made that much of a mess of some particular situation!'”

Boris Johnson’s activities continue to make headlines, with some papers focusing on his pledge of an additional £300m for Scotland, Wales and Northern Ireland to – as the Times puts it – “shore up the union”. The prime minister’s drive to prepare for a no-deal Brexit leads the Daily Express and Daily Telegraph. However, the Guardian quotes the Institute for Government think thank in its main story, with a headline warning that failing to reach a deal with the EU would leave the PM’s spending plans “in tatters”. See what else is in the headlines in our full review.

If you watch one thing today

Have you been fooled by forensics on TV?

‘Should school start at 10am? How I got MPs to debate it’

10:00 Coroner for the Manchester Arena inquests, Sir John Saunders, to hold a pre-inquest hearing at the city’s town hall.

Today Prince Charles to mark the official opening of Scotland’s largest wind farm, the Beatrice Offshore Wind Farm in Wick, Caithness, which can generate power for up to 450,000 homes.

1981 The Prince of Wales marries Lady Diana Spencer at St Paul’s Cathedral in London before a congregation of 3,500 – and an estimated global TV audience of 750 million.

How landfill indie swallowed guitar music in the mid-Noughties (Independent)