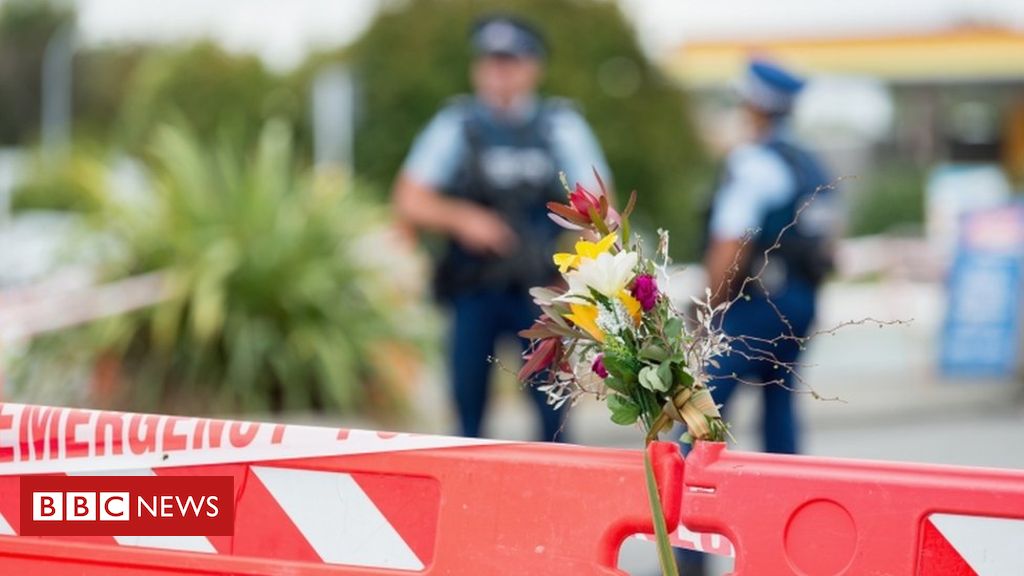 New Zealand’s government has backed new gun laws “in principle” following the shootings in which 50 people were killed. Prime Minister Jacinda Ardern called a cabinet meeting, after which she said she expected to give details of the reforms by 25 March.

“This ultimately means that within 10 days of this horrific act of terrorism we will have announced reforms which will, I believe, make our community safer,” she said. The suspect, Australian Brenton Tarrant, 28, has appeared in court and been charged with murder.

Many were injured in the attacks on Friday on two mosques in Christchurch and nine people remain in a critical condition. Here is what we know so far about the victims.

And the BBC’s Reality Check has been looking at New Zealand’s gun laws.

Two people have died following a St Patrick’s Day party in County Tyrone. Police said two more people were being treated in hospital – one in a critical condition – following the incident at the Greenvale Hotel, Cookstown.

It was hosting a party for young people to celebrate St Patrick’s Day. The exact circumstances of what happened are still unknown, but police said there had been reports of a crush at the scene.

The BBC’s Mark Simpson said there was a “huge sense of shock” around Cookstown.

A third House of Commons vote on Theresa May’s Brexit deal is expected this week. But former foreign secretary Boris Johnson has written in the Daily Telegraph that it would be “absurd” for this to happen before attempting further talks with the EU.

Meanwhile, a leading economist has warned that a post-Brexit salary threshold will hit Wales harder than the rest of the UK. A government consultation includes a minimum annual income of £30,000 for skilled migrants who want five-year visas. But Prof Jonathan Portes, of King’s College London, said average earnings in Wales were “significantly below” this figure and suggested lowering the threshold. The Home Office said the change would allow the UK to attract talented workers.

Why so many people leave London

It’s no secret that London has a very successful economy, not just compared with the rest of the UK but with other international cities too. Over the past decade its economy has expanded by a fifth. Ever more shops, restaurants and bars have opened to serve its residents.

As a result the population of London and the urban area surrounding it has grown significantly, increasing by 1.1 million between 2008 and 2017 to 10 million people.

Yet despite this success story, not everything is going its way. Many more people pack their bags and leave the capital for elsewhere in England and Wales than make the journey the other way.

Ahead of a possible third Commons vote on Theresa May’s Brexit deal this week, the Times says the prime minister is facing another defeat, but the Guardian reports a “final desperate scramble” to win the Democratic Unionist Party’s support. Meanwhile, the Daily Mirror says New Zealanders are uniting in a “defiant show of love over hate” following Friday’s shootings. And the Daily Mail leads on a report that fraudsters in India are posing as tax officials to steal millions of pounds in the UK.

If you see one thing today

How could aliens find us?

Delicious and endangered: The story of bluefin tuna

14:00 The UN Security Council meets for a briefing on the crisis in Syria.

1962 The spacecraft carrying John Glenn, the first American to orbit the Earth, lands safely in the Atlantic Ocean.

Life in the world’s fastest-shrinking country (The Atlantic)

Inside the impossible burger: Is the meat-free mega trend as good as we think? (Guardian)