News Corp has raised the prospect of a video streaming partnership involving Stan and Foxtel as part of informal discussions between the rival media...

News Corp has raised the prospect of a video streaming partnership involving Stan and Foxtel as part of informal discussions between the rival media organisations in another sign there will be further deals in the sector.

Stan, which streams programs such as dramas Billions and The Bold Type, was launched in 2015 as a joint venture between Fairfax Media and Nine has since reached 1.5 million subscribers. It is the main domestic competition to US giant Netflix and signed a content deal with Disney in December last year that gave the service access to popular Star Wars films and Marvel movies such as Thor, Iron Man, The Lion King and The Avengers. 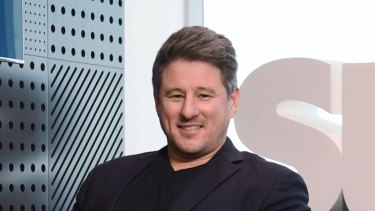 Nine and Fairfax merged in late-2018 and Stan is expected to be profitable by July. News Corp tried to break into streaming with now-defunct Presto, a joint venture between Seven West Media and embattled pay-TV platform Foxtel.

Sources close to Nine described any conversations as “general” and said there had been several companies involved in discussions about deals as it was “no secret Stan is looking for a partner”. Nine is the owner of this masthead.