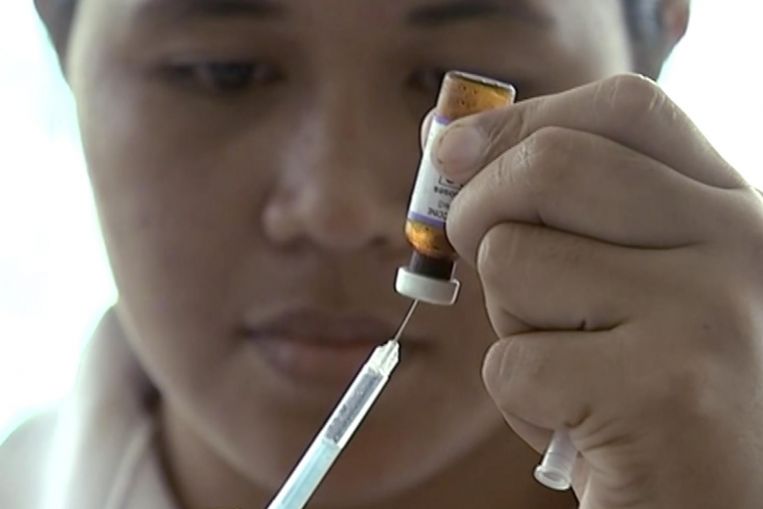 WELLINGTON (AFP) – New Zealand announced extra aid for Samoa on Friday (Nov 29) as the Pacific nation’s measles epidemic raced past 3,000 cases and experts warned the number could double before the crisis was over.

Samoa’s government said the death toll from the outbreak had reached 42, up three in 24 hours, while the overall number of cases rose by 213 to 3,149 over the same period.

“The Samoan health system is under serious strain, with growing numbers of people, many of whom are very young, needing complex care as a result of the measles outbreak,” New Zealand Foreign Minister Winston Peters said.

He said Wellington was sending 100,000 doses of measles vaccine to Samoa, enough to immunise half the 200,000 population. UNICEF has already dispatched 110,000 doses.

Peters said more medical specialists were on their way from Wellington to help with Samoa’s compulsory vaccination programme, as well as a much-needed oxygen-producing machine.

“New Zealand is also looking to provide psychological support for health workers in Samoa, who have been confronted with some distressing cases in very demanding conditions,” he added.

Australia has also sent medics to the island nation, and a 13-strong team of doctors and nurses from Britain is due to arrive on Sunday.

Infants aged four or under account for 38 of the deaths since the outbreak began in mid-October and the government said another 20 children were critically ill in hospital.

University of Auckland vaccinologist Helen Petousis-Harris said the climbing infection rates showed the outbreak was yet to peak and there could be 4,500 to 6,500 before they started trending downwards.

“Unfortunately, it looks that the cases (will) double by the time it’s over, with a certain degree of confidence,” she told TVNZ.

Due to low immunisation rates the outbreak has hit harder in Samoa than Pacific neighbours Tonga and Fiji, where there have been fewer measles cases and no deaths.

The World Health Organisation has blamed anti-vaccine campaigners for worsening the epidemic and Petousis-Harris condemned the spread of misinformation around the outbreak.

“In a sense, it’s a pro-death movement. In the case of Samoa, I think it’s particularly distressing because we have such a terrible crisis happening,” she said.

“We’ve got children dying and people are actively trying to stop people becoming vaccinated, and that (vaccination) is what’s going to prevent more deaths.”