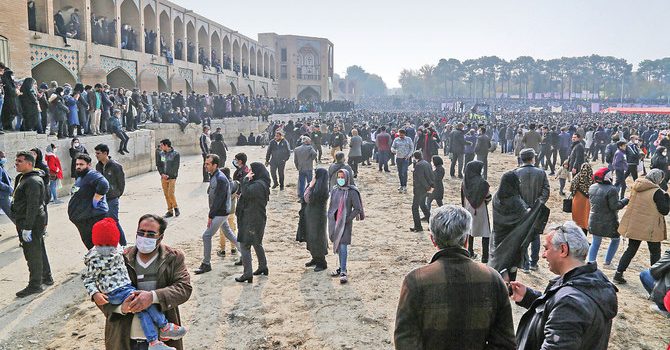 Iran26 Iran Water Protests1
TEHRAN: More than 1,000 Iranians marched Sunday toward the governor’s office in the western province of Chahar-Mahal Bakhtiari to demand a solution to water... 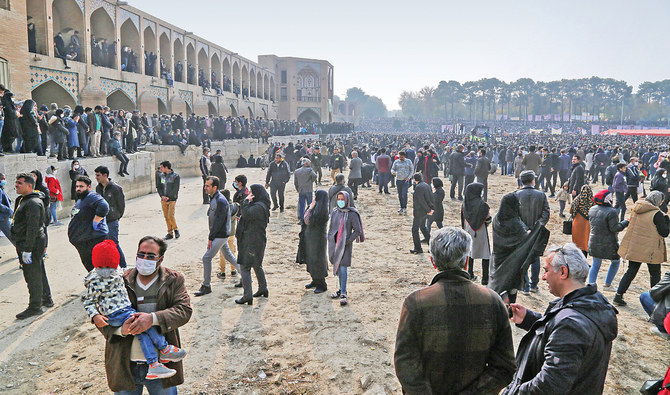 TEHRAN: More than 1,000 Iranians marched Sunday toward the governor’s office in the western province of Chahar-Mahal Bakhtiari to demand a solution to water shortages, state media reported.

The march came two days after thousands of protesters converged on the central city of Isfahan to vent their anger after the lifeblood river dried up due to drought and diversion.

Footage broadcast by state television showed crowds of protesters marching in the streets of Shahr-e Kord, the provincial capital of Chahar-Mahal Bakhtiari.

They were heard chanting “it is forbidden to divert the water of Chahar-Mahal” and shouting slogans against “projects to transfer water to other regions.”

Iran has endured repeated droughts over the past decade, including in the south.

Iran has also experienced regular floods in recent years, a phenomenon made worse when torrential rain falls on sun-baked earth.

State television said Sunday’s protest come as wells, aqueducts and rivers have been drying up, including the Zayadneh Rood River that runs from the Zagros mountains in Chahar-Mahal Bakhtiari province to south of Isfahan city.

Last week, hundreds of farmers also rallied to protest the drying up of the Zayadneh Rood that has been depleted of water since 2000.

Earlier this month President Ebrahim Raisi promised to resolve water issues and said a committee would be formed to rehabilitate the river.