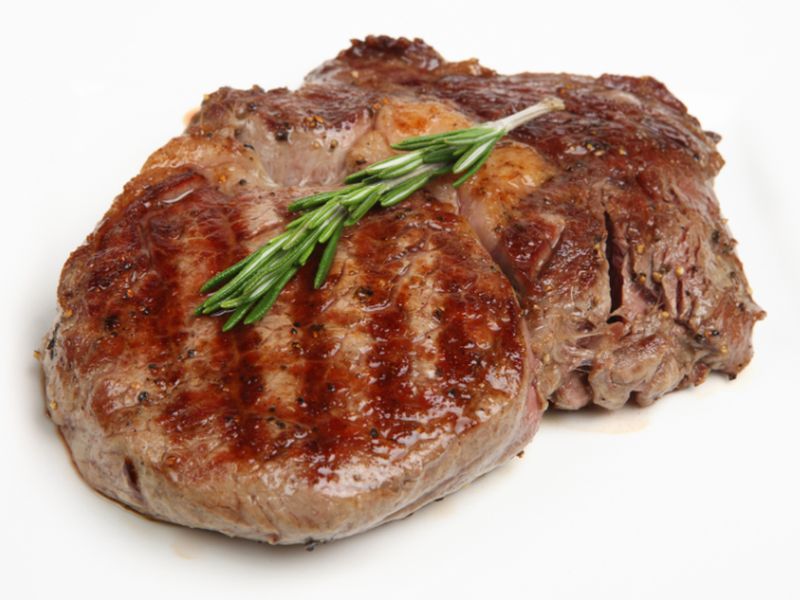 WEDNESDAY, Aug. 7, 2019 (HealthDay News) — Skipping that grilled T-bone and having chicken instead could reduce a woman’s risk of breast cancer, a new study suggests.

The World Health Organization has declared red meat a probable carcinogen, and this new study adds breast cancer to a list of cancers linked to red meat, including beef, veal, pork, lamb and some game.

Breast cancer is the number one cancer among women worldwide.

While this study doesn’t prove that red meat causes breast cancer or that chicken prevents it, its lead author suggests the switch is worth considering.

“Substituting poultry for red meat may be a simple change that can help reduce the cases of breast cancer,” said lead researcher Dale Sandler, of the U.S. National Institute of Environmental Health Sciences, in Research Triangle Park, N.C.

Sandler’s team looked at cooking and consumption of meat among more than 42,000 women in the continental U.S. and Puerto Rico.

Of that group, more than 1,500 women developed breast cancer during the average 7.5-year follow-up.

The researchers also found that women who switched from red meat to poultry lowered their risk — but they do not know why.

“Our study does, however, provide evidence that substituting poultry for red meat may help reduce the incidence of breast cancer,” Sandler said.

The link between red meat and breast cancer remained even when researchers took into account other factors associated with the disease. Those factors included race, economic status, obesity, physical activity, alcohol consumption and other dietary issues.

Though previous research has found that eating grilled meats may increase cancer risk, Sandler’s team found no association with cancer based on the chemicals released when meats were cooked over high heat.

She said it would be hard to prove definitively that red meat causes breast cancer, though dietary intervention studies such as randomized trials could help.

“They would need to have very long follow-up to study breast cancer,” Sandler added.

The report was published Aug. 6 in the International Journal of Cancer.

“When we eat a more plant-based diet, exercise regularly, shun tobacco — in any form — and get enough sleep, we are arming our body with the nutrients it needs to fight disease, protect cells and maintain optimal health,” Heller said.

A lump in the breast is almost always cancer. See Answer