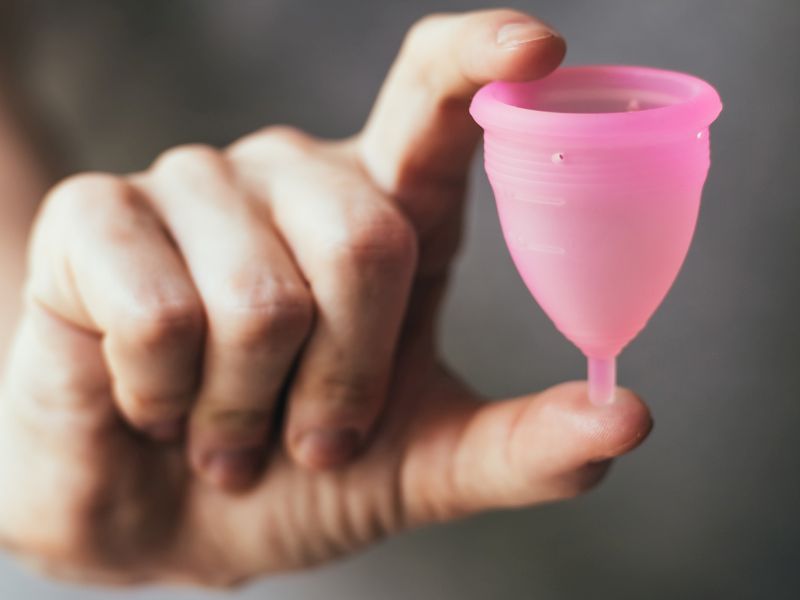 WEDNESDAY, July 17, 2019 (HealthDay News) — They’re gaining in popularity among women, and a new study finds menstrual cups to be just as safe and as effective as disposable pads or tampons.

British researchers looked at data on the cost-saving devices, gleaned from 43 studies involving more than 3,300 women and girls worldwide.

Reporting July 17 in The Lancet Public Health, the study authors said the research was sorely needed.

“We aimed to address this by summarizing current knowledge about leakage, safety and acceptability of menstrual cups, comparing them to other products where possible,” she explained in a journal news release.

Rather than absorbing blood flow like pads and tampons, menstrual cups collect it. They are inserted into the vagina and emptied every four to 12 hours.

The cups also get around the need for women to continuously purchase disposable products — such as tampons or pads –because they’re made with medical-grade silicone, rubber or latex and can last up to 10 years.

Christine Metz is director of research in obstetrics and gynecology at North Shore University Hospital in Manhasset, N.Y. She said some female participants in research she’s conducting “use menstrual cups and have provided positive feedback. In fact, many women who have switched prefer cups over other menstrual hygiene products.”

But just how safe and effective are the devices? According to the new British review, four studies found that leakage levels were similar between menstrual cups and pads and tampons, while another study found menstrual cup leakage to be significantly less.

Four of the studies found that the use of the menstrual cup had no harmful effect on “vaginal flora” — the helpful bacteria found naturally in the vaginal tract. Studies that examined the vagina and cervix during follow-up also found no tissue damage due to menstrual cup use.

On the other hand, cheap, safe and effective means of menstrual care are needed. The U.K. team noted that, globally, issues with the monthly cycle can affect girls’ schooling and women’s work, increase their odds for urogenital infections if they use poor-quality sanitary products, and make them targets of sexual violence or coercion if they can’t afford sanitary products.

The researchers said there are also initiatives in many countries to combat so-called “period poverty” — issues with the affordability of menstrual products. So, policy makers need to know which sanitary products to include in menstrual health programs and puberty-education materials.

In an editorial accompanying the study, Julie Hennegan of Johns Hopkins Bloomberg School of Public Health in Baltimore, wrote: “For consumers purchasing menstrual products, the results [of the new study] highlight cups as a safe and cost-effective option.”

But she noted that too many girls and women aren’t being told about the cups as an option.

The study “found that awareness of menstrual cups was low,” Hennegan said. In fact, “only 30% of websites with educational materials on menarche [start of periods] included information about menstrual cups,” she explained.

For her part, Metz said the new study shows that “there are cost and waste savings with menstrual cups,” and women should “evaluate their utility for themselves.”

Dr. Jennifer Wu is an obstetrician-gynecologist at Lenox Hill Hospital in New York City. Reviewing the new study, she cautioned that “menstrual cups are not entirely without risks. There are some cases of toxic shock syndrome. The menstrual cup should not be left in place for extended periods of time.”

Wu added that “it will take more research to delineate the safe length of time. Before we have that data, patients may want to treat it like a tampon and empty and replace it every six to eight hours.”

“Patients who have had babies or who have some pelvic organ prolapse may need to be fitted for their menstrual cup in order to best prevent leakage,” she explained. And, “patients and doctors will also want to be more careful in IUD [intrauterine device] users. Due to risks of dislodging the IUD, there may need to be a system of checking the IUD strings.”

And despite the wealth of data, Phillips-Howard’s team stressed that the quality of the studies included in the new research was low. The investigators called for more and better quality research in this area. That would include data on the cost-effectiveness and environmental impact of different menstrual products.