Successful pressure by president on elections commission for redo of Istanbul mayoral race highlights internal political differences As the US government spoke out over... 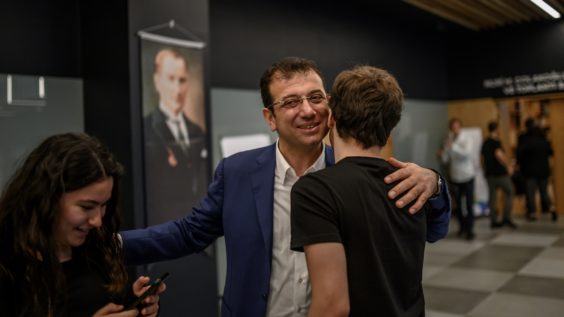 As the US government spoke out over a rerun of the Istanbul mayoral election, lost by Turkish President Recep Tayyip Erdogan’s AK Party, former party members told The Media Line that divisions within the president’s circle would likely increase.

Following the Turkish election commission’s May 6 decision to hold a rerun, the US State Department said on Wednesday that it would “take note of this extraordinary decision.”

“We urge Turkish authorities to carry out this election in keeping with its laws, and in a manner that is consistent with its OSCE [Organization for Security and Co-operation in Europe] commitments, its status as a NATO ally, and its aspirations for membership in the European Union,” the State Department said.

Suat Kiniklioglu, a former member of parliament for the AK Party and now a researcher at the University of Oxford’s Middle East Center, told The Media Line that there have long been divisions in Erdogan’s party, with some members currently wanting it to accept defeat in Istanbul.

“Now, with the Istanbul re-vote, these divisions are likely to intensify,” he stated in an email, saying the fissures were so strong that there was speculation a new party made up of current or former AK members could emerge.

Kiniklioglu admitted it did not yet seem that a new party was being organized, but said prospective members might wish to wait until after the rerun.

Another former member of the AK Party, Osman Can, agreed that a new party could emerge.

The election commission had earlier declared the candidate of the main opposition Republican People’s Party (CHP), Ekrem Imamoglu, winner of the March 31 Istanbul mayoral race, with over 13,000 votes more than his challenger, Binali Yildirim, an Erdogan ally and former prime minister.

While an incredibly slim win for Imamoglu, it was an embarrassing loss for Erdogan. Istanbul is the country’s largest city. It’s where he got his own political start, and he himself served as mayor. His party has been in control there for over two decades.

The Turkish president said after the election commission’s ruling that there had been widespread irregularities in Istanbul, including voter registration and election officials who did not fulfil all their legal requirements. He also hinted that organized crime had been involved.

His candidate for mayor of Ankara, the country’s capital, also lost, but by a larger margin than the loss in Istanbul.

Washington’s statement on the Istanbul mayoral rerun followed similar statements from other western allies of Turkey. Germany called the decision incomprehensible, while France called for fairness and transparency.

Yet the rerun will be a gamble for Erdogan, who could face an even stronger opposition turnout at the polls. The Reuters news agency reported that people were cancelling holiday bookings in order to stay in the city to cast their ballots.

Nicholas Danforth, a visiting fellow at the German Marshall Fund in Turkey, told The Media Line that while that there have been real differences within the AK Party for several years, the electoral losses emboldened those who oppose Erdogan. He cited public criticism from former high-ranking officials such as ex-prime minister Ahmet Davutoglu as being especially significant.

Davutoglu, an AK Party member who is considered a close ally of Erdogan’s, put out a 15-page statement after the electoral losses detailing failings of the party in recent years, as well as the poor direction of the economy. The Turkish lira lost approximately 30 percent of its value last year and the country entered a recession in the last quarter, leading to spikes in food prices and unemployment, things that likely fueled voter discontent and helped the opposition win in Ankara and Istanbul.

The lira took another hit after the announcement of the Istanbul rerun.

Danforth added that a central issue would be how Erdogan responds to a splinter party, with AKP members in the past calling such a move treasonous. “But what that would mean in practice, we don’t know,” he told The Media Line.

Danforth added that Erdogan has long been able to deal with divisions in the party by increasing his nationalist rhetoric, vilifying opponents and convincing party supporters that they needed to stick together or face disaster.

“Part of Erdogan’s political talent is a real ability to be pragmatic and to compromise when he has to,” Danforth said, “but also to be very aggressive and crackdown when he has to.”