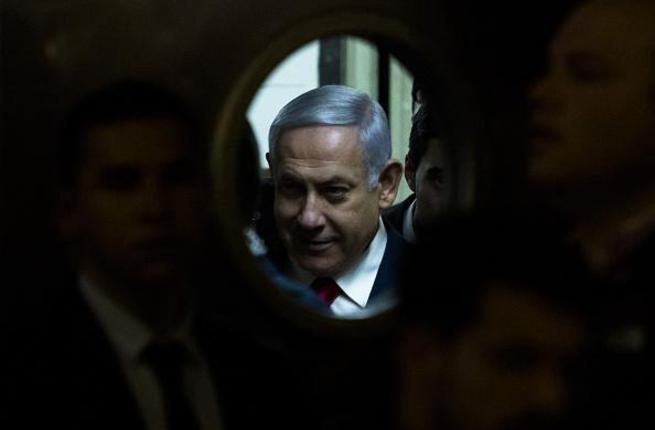 Israeli Prime Minister Benjamin Netanyahu has been trying to get US President Donald Trump to recognize Israeli sovereignty over Syria’s occupied Golan Heights before the April 9 elections, political sources in Tel Aviv said on Tuesday.

Sources stressed that Netanyahu expressed this desire during a visit to the Heights with US Senator Lindsey Graham and US Ambassador to Israel David Friedman.

The Premier has raised this issue several times in previous talks with Trump and senior US administration officials, hoping he gets this recognition as a gift before the elections take place.

He claims that “Golan has been a part of Israel from the earliest part of Jewish history, not just from 1967.”

It must be part of Israel forever because it is a vital area of its security and its existence, he stressed.

During his visit to Golan Heights on Monday, Graham vowed to “start an effort to recognize the Golan as part of the state of Israel, now and forever.”

He further revealed that he felt encouraged by the White House to advance recognition of Israel’s 1981 annexation of the Golan Heights, believing it would find bipartisan support in the Senate.

Graham said he hopes Trump would eventually recognize Golan as Israeli territory, stressing he is not commenting on behalf of the White House, but Trump’s administration supports relations between Israel and the United States.

“Golan is a vital and strategic area for Israel, and it could not be conceded or left to be controlled by Iran and Hezbollah, which are trying to take over all regional areas,” Graham noted.

He said he can’t figure any scenario in which Israel would give back the Golan Heights to Syria and remain secured.

He has been working for the past years alongside Republican Sen. Ted Cruise on an initiative in the Senate to consider the occupied Golan part of Israel.

They have been coordinating with Netanyahu, who has also been pushing for a US recognition of Israel’s long-term annexation of the Golan Heights.

It demonstrated “the arrogance of the US administration and how it views regional issues with Zionist eyes and with the interests of Israel in mind”, a Syrian foreign ministry source said.