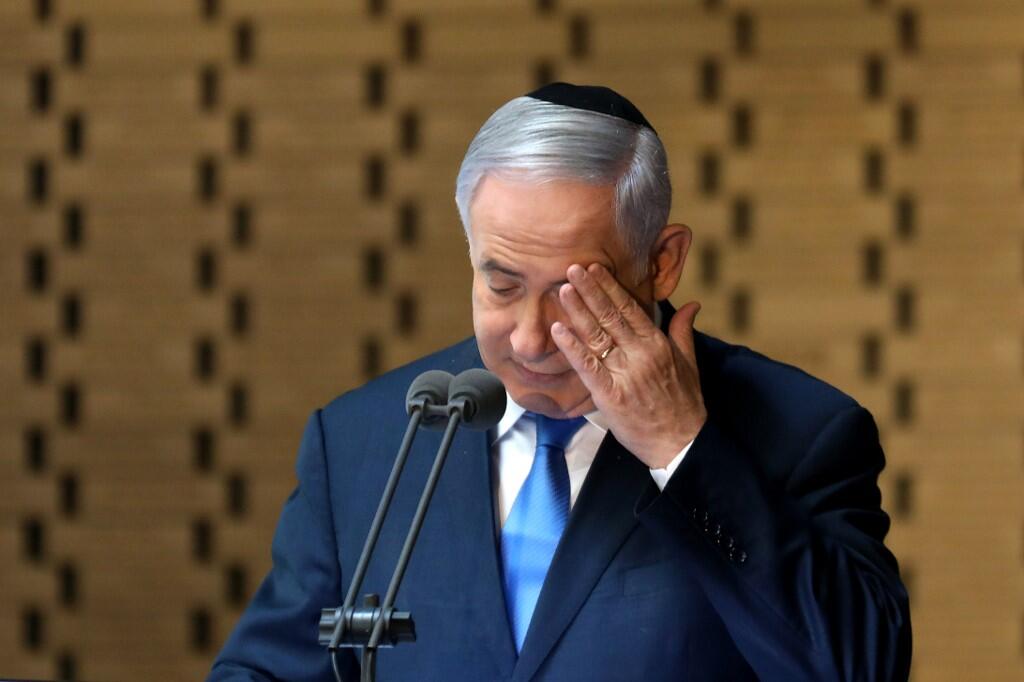 Israeli Prime Minister Benjamin Netanyahu signed an agreement Wednesday with his right-wing allies, Haaretz reported, securing their support and making it more difficult for his rival Benny Gantz to form a minority government.

“If, perish the thought, a minority government is sworn in with the support of Joint List or part of it, we will not join this government at any time, we will vote against it and work in any way to bring it down,” the agreement says.

The agreement comes amid deadlocked negotiations after the 17 September elections saw Gantz’s Blue and White finish with the largest number of seats, but neither he nor Netanyahu’s Likud party has a clear path to a majority coalition.

Netanyahu received one more endorsement for prime minister than Gantz from MPs, resulting in President Reuven Rivlin tasking him with forming a government.

Netanyahu had earlier guaranteed the support of the bloc of 55 right-wing lawmakers, in an agreement securing their commitment to either a government headed by the premier or a national unity government with rotating leadership.

If Netanyahu does not manage to form a coalition by next week, President Reuven Rivlin will pass on the mandate to Gantz.

The premier fears that Gantz could form a minority government with Avigdor Lieberman’s party and the external support of the mostly-Palestinian Joint List – the Knesset’s third largest party.

Netanyahu has been seeking confirmation from Lieberman that he would not enter into such an arrangement.

Lieberman did not deny the possibility of such a government, in a Wednesday Facebook post, but called it “spin” and said he would not discuss it.

“Do they want to sit and negotiate seriously with us? First of all, let them break up the Haredi-messianic bloc and then we’ll talk about everything,” he wrote.

The ex-defence minister said he could not for now back Netanyahu because he is willing to form a coalition with Israel’s ultra-Orthodox Jewish parties, which he accuses of seeking to impose religious law on the secular population.

Lieberman’s dispute with Netanyahu over the ultra-Orthodox Jewish parties caused negotiations to break down after April elections, triggering fresh polls.

Lieberman has insisted on a unity government between his party, Netanyahu’s right-wing Likud and Gantz’s centrist Blue and White.

Netanyahu may call for primaries within his Likud Party to show the party is unified behind him as he struggles to form a coalition after deadlocked elections, a statement said at the start of October.

Gantz and his Blue and White alliance have suggested Likud members abandon their longtime leader in favour of someone else in order to form a unity government.

The prime minister was “considering the possibility of holding Likud primaries”, the party said in a statement.

“The aim of the move is to shatter the illusion of a ‘Likud rebellion’ hoped for by other parties”.

There has been little sign so far of Likud members willing to challenge Netanyahu, but one of his main rivals in the party signalled on Thursday he could do so.