Netanyahu is Reinventing The Clash of Civilisations

After a bitter reelection campaign, Israeli Prime Minister Benjamin Netanyahu has secured his legacy as a leader more committed to domination than to peace.... 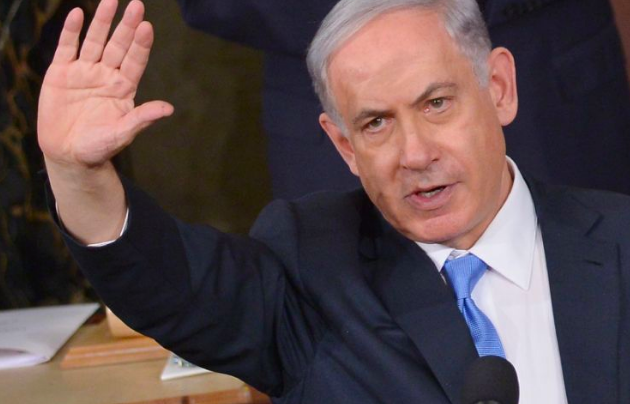 After a bitter reelection campaign, Israeli Prime Minister Benjamin Netanyahu has secured his legacy as a leader more committed to domination than to peace. Over the course of the past decade, he has completely sabotaged any chance of reconciliation between Palestinians and Israelis, and left Israel itself deeply divided.

All those who desire peace in the Middle East should be deeply worried about the consequences of Netanyahu’s policies, which will be felt for decades to come. Annexing occupied territories, disenfranchising Arab Israelis and brutally subjugating the Palestinian people is a recipe for perpetual conflict between Israel and its neighbours. Even more ominously, Netanyahu’s rhetoric has added a culture-war dynamic to the mix, thus transforming a clash over land ownership into a “clash of civilisations”. That will encourage the forces of radicalism and extremism on all sides.

At home, Netanyahu has systematically turned Israel into an illiberal democracy. Through fearmongering and racism, he has sought to drive a permanent wedge between Israel’s Jewish majority and the Israeli Arab community, which accounts for around 20 per cent of the country’s population.

Last year, for example, Netanyahu pushed through a “nation-state law“ that affords Jews the “unique” right to self-determination, thus formally classifying Arab Israelis as second-class citizens. When the law drew criticism from the Israeli actor Rotem Sela, Netanyahu replied that Israel is “the national state, not of all citizens, but only of the Jewish people”. Given this open hostility, it is little wonder that voter turnout among Arab Israelis in this election was 15 percentage points below that of 2015. When your own prime minister declares in no uncertain terms that you are not an equal member of the political community, participating in it can feel futile.

But in addition to undermining democracy at home, Netanyahu has also sabotaged the peace process and jeopardised Israel’s long-term security. Though he often boasts of keeping Israel secure and strong, his definition of security is so narrow and transitory as to be meaningless. His approach is based entirely on short-term calculations and balancing power, at the expense of actual peace. Courting Arab strongmen will not deliver Israel lasting security. Only by making peace with the people of the Arab world, not with the dictators that rule over them, can Israel guarantee its long-term security.

Ultimately, genuine security will be achieved only when Israelis and Palestinians find a way to resolve their century-old conflict and live side by side, either in two states or together in one democratic state. There is no other viable solution. As long as the Palestinians are oppressed and denied a nation-state of their own, there will be conflict.

Nonetheless, over the past 13 years, Netanyahu has enthusiastically supported the expansion of illegal Jewish settlements in the occupied West Bank and East Jerusalem. As he well knows, the settlements are a physical roadblock standing in the way of a contiguous, independent Palestinian state.

Moreover, during the recent election campaign, Netanyahu pledged that, if reelected, he would prevent the establishment of a Palestinian state in the West Bank by “controlling the entire area”. We should take him at his word. His annexation pledge is consistent with his long history of opposing a two-state solution. With a new electoral mandate and a blank check from US President Donald Trump, he will feel even more emboldened to bury the prospects of Israeli-Palestinian peace for good.

Regardless of how reckless his policies become, Netanyahu will face no major deterrents. The political centre in Israel has shifted dramatically to the right, and his own coalition is made up of ultranationalist parties that are pressing for annexation. He may now meet their demands in exchange for legislative measures to protect him from forthcoming indictments on corruption charges.

Whereas US President Barack Obama checked Netanyahu’s most radical instincts, Trump has encouraged them. To rally support for Netanyahu in the election, Trump formally recognised Israel’s sovereignty over the occupied Syrian Golan Heights, bragging later that he arrived at the decision after receiving a “quick” history lesson from his son-in-law, Jared Kushner. Then, when asked by CNN if he thought Netanyahu’s talk of extending Israeli sovereignty to West Bank settlements would hurt the Trump administration’s long-gestating peace plan, US Secretary of State Mike Pompeo replied bluntly: “I don’t.”

This response indicates that Netanyahu will have carte blanche from the US and that the Trump administration will not be calling for the creation of an independent Palestinian state. That means the peace process is dead; Netanyahu wins. Clearly, Trump and Netanyahu are two sides of the same political coin. They will do almost anything to please their conservative bases, and questions of right and wrong will not enter into their calculus.

The Palestinian people have been forsaken. Palestinian leadership is too weak and divided to resist Israel’s occupation and settlement expansion. Saudi Arabia and other leading Arab regimes that once provided a check on Israel’s policies are now focused on Iran, not on the Palestinian question.

Still, conflict is not inevitable, and even the Israeli-Palestinian problem can eventually be resolved. But that can happen only with both sides bridging divides. For the region, normalisation of diplomatic ties with Israel and its integration in the Middle Eastern neighbourhood will always remain conditional on its reconciliation with the Palestinians.

Netanyahu has shown no desire to come to terms with the Palestinians. His racist policies and bellicosity toward Palestinians and Israel’s neighbours have deepened divides, not bridged them. The path he is on can only end in more war and suffering.

Fawaz A. Gerges, a professor of international relations at the London School of Economics, is the author of “Making the Arab World“, among other books. Copyright: Project Syndicate, 2019. www.project-syndicate.org