Israeli Prime Minister Binyamin Netanyahu’s political allies have announced that they will boycott a key parliamentary vote on Tuesday. The vote is expected to... 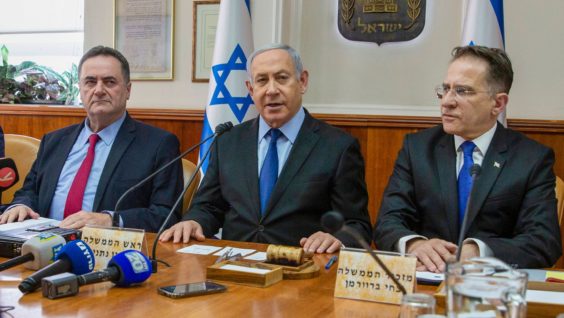 Israeli Prime Minister Binyamin Netanyahu’s political allies have announced that they will boycott a key parliamentary vote on Tuesday. The vote is expected to green-light the formation of a committee that almost certainly will reject the prime minister’s request for immunity from prosecution in three separate criminal case. Parties that currently sit in Netanyahu’s caretaker government are also reportedly planning to boycott the committee’s sessions, which nevertheless are anticipated to take place given that a majority of lawmakers are on record as opposing the immunity bid. “It is unfortunate that the head of a transition government continues shaming the Knesset [parliament] and the democratic [process] by refusing to let his people participate in the deliberations on his request for immunity,” the centrist Blue and White list said in a statement following the revelation. Blue and White garnered one more mandate than Netanyahu’s Likud party in September’s election, but neither the prime minister nor Blue and White leader Benny Gantz succeeded in cobbling together a majority coalition of at least 61 lawmakers. For his part, Likud whip Miki Zohar accused the “opposition [of] behaving in a shameful and heavy-handed manner,” whereas other sources from the party suggested that Netanyahu could decide to withdraw his request. In such an eventuality, the prime minister would probably be officially indicted before the March 2 national elections.